Guide to promises in Node.js 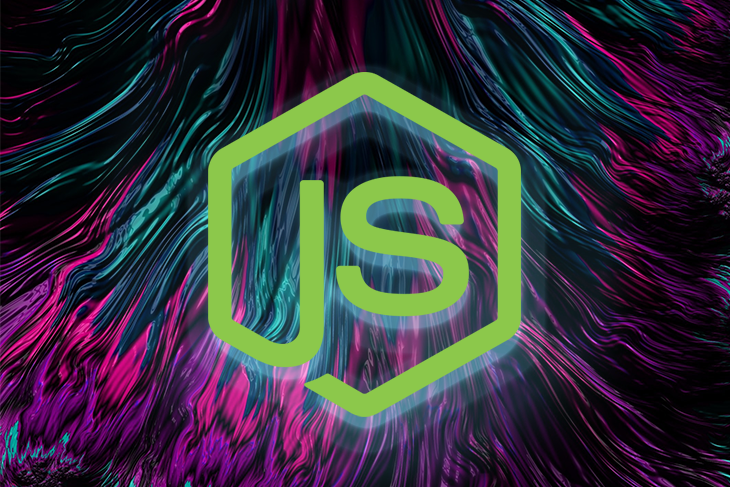 In Node.js applications, it’s not unusual to see a large number of nested callback functions being used to accomplish several activities. This is commonly referred to as callback hell, as it can make the code extremely complicated and disorganized.

Fortunately, there’s a JavaScript solution called promises that solves the callback hell problem. This article will provide an overview of JavaScript promises and demonstrate how to use promises in Node.js with the promisfy() function.

In this article, we’ll review the following:

In order to follow along, you should have the following:

What is a promise?

A promise is essentially an improvement of callbacks that manage all asynchronous data activities. A JavaScript promise represents an activity that will either be completed or declined. If the promise is fulfilled, it is resolved; otherwise, it is rejected. Promises, unlike typical callbacks, may be chained.

How do promises work?

The rejected state indicates that a promise was denied, and the error is passed to the .catch() method.

The executor function accepts two callback functions as arguments, resolve and reject, which are referred to as function references. The resolve() and reject() functions each accept one argument, which could be a string, integer, Boolean, object, or array.

To better understand how to create a custom promise, let’s look at the file, script.js:

Here, we define the function getSumNum() to compute the sum of two integers, a and b. Within the function, we use the promise constructor, new Promise(), to generate a new promise.

Next, we compute the sum of a and b. The resolve callback is executed if the sum is less than or equal to 5. Otherwise, the reject callback is called.

The new promise is passed to the customPromise variable, which is then returned. In the example above, we return a string, but it could also be an object or an array.

Now that we understand how a promise is created, let’s review how it is consumed.

In application development, it’s much more common to consume promises than it is to create promises.

For example, when we request data from a server via an API that returns a promise, we utilize the then() and catch() methods to consume whatever data is delivered.

In the above code, the then() method is executed when the promise is fulfilled by the resolve() callback. The catch() callback is called if the promise fails, passing the error of reject().
Now, let’s consume the promise we created previously:

The sum of one and three is less than five, so the resolve() callback is run. This, in turn, executes the then() method. If we change the parameters to result in a sum greater than five, the reject() callback will be run and an error will be thrown using the catch() method.

Now, let’s run the following command and then check the console:

Promises can be used to execute a series of asynchronous tasks in sequential order. Chaining multiple then() Promise outcome helps avoid the need to code complicated nested functions (which can result in callback hell).

To demonstrate chaining promises, let’s utilize the previous code with a few modifications:

Here, we see the result is passed through a chain of then() methods. We begin by declaring an empty variable called value. This time, instead of resolving a string, we pass the sum value.

Node.js has an inbuilt utility module, util.promisify(), that enables the creation of flexible promisification functions in JavaScript. util.promisify() takes a single function parameter, which contains the callback-based function.

Let’s look at an example to better understand how to create a promisification function in Node.js.

In the promise.txt file, we add the following text:

Next, we add the following code to the promisify.js file:

To read the files in the above example, we utilize the fs module. Then, we use the util.promisify() technique to transform the fs.readFile into a promise-based function. Instead of a callback, the above method now returns a promise.

We see that the text from the promise.txt file is logged to the console:

A client-side request can be transmitted to the server side via an Ajax request. Ajax is a particular type of asynchronous function used to build dynamic websites.

When a client requests data from the server, the server responds with the requested data, while the client continues to perform its current or subsequent action. As a result, the website runs without interruption. It’s also possible to use Ajax with a conventional callback interface:

In contrast, promises are a technique used to control asynchronous activities. These asynchronous operations can be coordinated with other codes or asynchronous functions by keeping track of their states (pending, resolved, rejected) and the results (including any errors).

In this type of situation, we would normally nest one inside the other. But unlike Ajax, a series of asynchronous tasks can be performed from one single Promise outcome, eliminating callback hell or nested functions.

Another distinction between promises and Ajax requests is that Ajax can be utilized with different technologies, whereas promises require JavaScript to function.

Converting an existing callback API to a promise

In a Node.js-based environment, it’s preferable to use promises to callbacks. Unfortunately, callbacks are used in the majority of Node APIs. Node.js API callbacks are used as the last argument when calling functions, as shown in the below examples.

Here, the perfectSquare() method checks if a number is a perfect square. Math.isInteger() then determines if the value is an integer or a float number after passing the result of the square root check performed by Math.sqrt().

The bool variable is used to store the Boolean (true or false) result of the Math.isInteger() function. The callback function is called to parse the intended data or result.

The above code returns a Promise instead of a callback. The rejected() and fulfilled() functions return a failed and successful operation, respectively. The .then() method is used to utilize the result.

Below is the same example, but using the util.promisfy method instead of an API callback or a promise API:

When developing Node.js applications, it’s important to understand how to make optimal use of promises. Compared to the usual callback function, promises provide a clearer, more flexible, and better organized manner of managing asynchronous operations.