Getting started with MDX and Vue.js/Nuxt.js 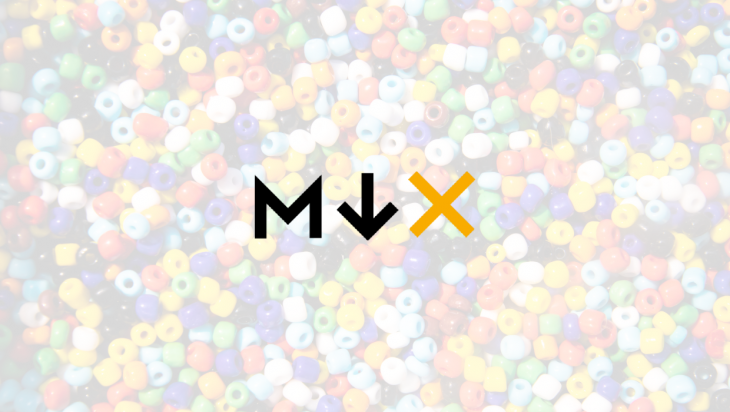 Markdown, since its introduction to the web, has allowed content creators (such as technical writers and documentation engineers, etc.) to have a more simplistic tool to do their authoring in. In this article, we will have a look at MDX and how to get started with it in Nuxt.js applications.

MDX is a syntax extension that allows you to write JSX in your Markdown documents. Also, according to the official MDX documentation, MDX is:

An authorable format that lets you seamlessly write JSX in your Markdown documents. You can import components, such as interactive charts or alerts, and embed them within your content

So basically, MDX is Markdown with JSX. Before MDX, writing JSX in Markdown was a hassle because the simplicity of authoring Markdown was lost in the process of sprinkling JSX in it.

MDX opens the door to a lot of fun applications to Markdown documents. For example, the Chakra UI documentation website uses MDX to allow readers to edit components and see their changes live on the page.

MDX is useful for design systems documentations like we mentioned above with the Chakra UI documentation usage of MDX. MDX also allows you to import Markdown (.md or .mdx) files as components!

Though JSX was originally used in React projects, you can now use it as well in Vue.js. With that said, you can freely integrate MDX in your Vue.js projects.

Features of MDX in Vue.js

Let’s see these features in action by integrating MDX and Vue. We will get started by creating a fresh Vue project. Using the Vue CLI run:

After creating the Vue projects we will add MDX support by installing @mdx-js/vue-loader which is the official loader that makes it possible to use MDX in Vue. Let’s install it below:

After we’ve installed the loader we will then include the loader inside our project’s webpack config. Since we are using Vue CLI, we can create a vue.config.js file in the root of our projects, and on the configureWebpack property, we include @mdx-js/vue-loader under the module rules:

What the code means is that any file ending with .md or .mdx will be handled by both babel-loader and @mdx-js/vue-loader

The step above is still the same if you are configuring your Vue application using webpack. You just have to include the loader in webpack.config.js likes so:

Importing Markdown in a Vue component

Now that we have both installed and configured @mdx-js/vue-loader let’s create a md file in src/ directory and render it as a Vue component in src/App.vue. We will create MyFirstMdx.mdx in the components/ directory and add the following content:

Import the .mdx file in src/App.vue as you will import a Vue component. Like so:

We will register the component:

Then replace the template in App.vue with <my-first-mdx />. The App.vue file should now look like this:

Start the Vue development server and you will see the content of MyFirstMdx.mdx when you visit your app in the browser.

Importing a Vue component in Markdown

To demonstrate how MDX makes it easy to import Vue components in markdown documents, we will create a component in components/ that allows users to clap for MDX(why not!). We will call this component ClapForMdx.vue. Add the following snippets to it:

Then modify MyFirstMdx.mdx to this

And you should get this in your browser: 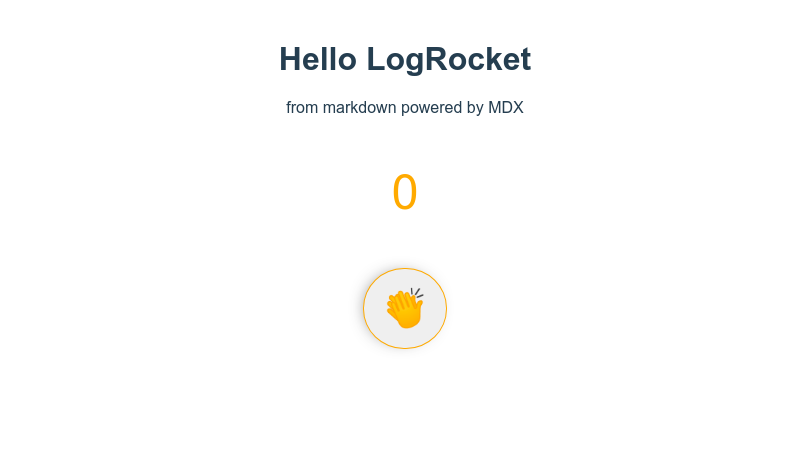 You can interact with the button and it will respond as expected! 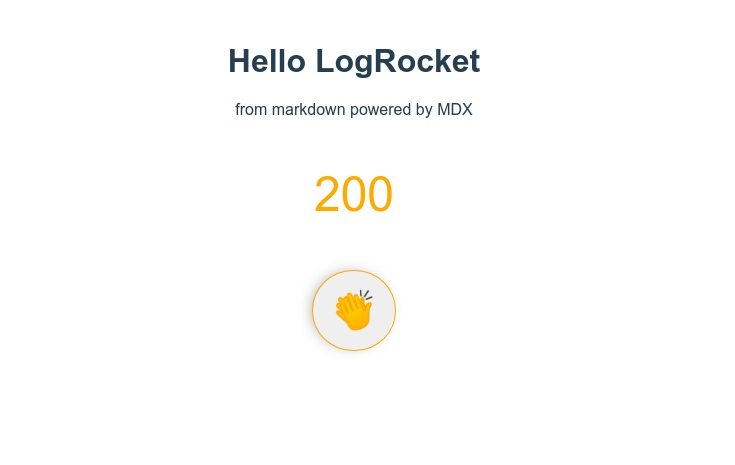 We have now seen how MDX works in a Vue project. In this final section, we will introduce the installation in a Nuxt.js application. Since Nuxt is a framework for Vue, our code examples will work in it so we won’t need to repeat that.

To get started we will need to add the official NuxtJS module for MDX in a Nuxt.js project as a development dependency. Run the following in your terminal:

Then in nuxt.config.js add the module to buildModule property like so:

If you are using nuxt < 2.9.0, use the modules property instead.

And that’s it! You can reuse our examples above and it will work.

In this component-driven era, MDX allows you to mix markdown and JSX seamlessly. In this article, we looked at how to set up and use MDX in your Vue.js/Nuxt.js projects. If you want to keep exploring MDX or its integration with Vue.js or Nuxt.js, check out these resources:

Here is the link to the GitHub repo for our demo VueJS project.

One Reply to “Getting started with MDX and Vue.js/Nuxt.js”