Clara Ekekenta Follow Software Engineer and perpetual learner with a passion for OS and expertise in Python, JavaScript, Go, Rust, and Web 3.0. 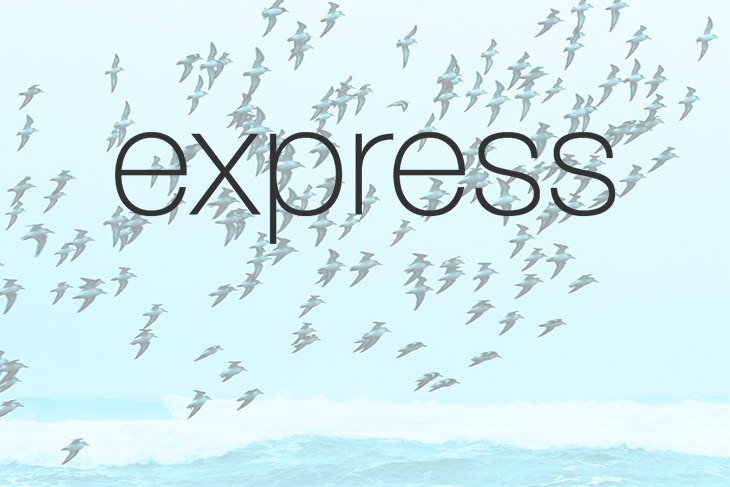 Express.js is among the most popular Node.js frameworks, and new versions are frequently published to upgrade or add new functionality. Some past releases have minimized the framework’s memory footprint, improved page load speeds, added new APIs and framework integrations, ensured code maintainability, and provided a better shorthand technique for calling and using functions.

The newly released Express.js v5 includes a slew of new features and enhancements aimed at improving the framework’s efficiency. However, this update may cause problems or generate deprecation warnings, making the migration a little unnerving.

In this tutorial, we’ll demonstrate how to upgrade from Express v4 to Express v5. We’ll also take a look at the upgrades and new features available in Express 5, and we’ll see how to build a web app in Express 5.

TJ Holowaychuk, the original author of Express, referred to it as a Sinatra-inspired server, a reference to its simplicity and to its numerous functionalities that are available as plugins.

Express, along with the MongoDB database software as well as a JavaScript frontend framework or library, is the backend component of makes up popular tech stacks such as MEAN, MERN, and MEVN.

Why migrate to Express 5?

Express 5 is still in beta, but as I mentioned earlier, it offers several updates over Express 4. These improvements are intended to increase the efficiency of the framework. The most significant changes relate to path route matching syntax. Let’s take a closer look.

In Express 5, several changes have been made to the way a path string is matched to an incoming request:

The string passed as the first input to the app.all(), app.use(), app.METHOD(), router.all(), router.METHOD(), or router.use() APIs is referred to as the path route matching syntax.

In Express 4, users rely on packages like express-async-handler or write their helper functions to catch rejections of handlers that return promises.

However, in Express 5, any rejected promise or error thrown from middleware or handlers is forwarded as an error to the error handling middleware. This helps prevent the app from crashing.

The above is equivalent to returning a Promise explicitly from a middleware or route handler in Express 4:

Return of the app.router object

Express 5 has brought back the app.router object, which was removed in Express 4. Unlike Express 3, in which an app was required to explicitly load the object, this object in Express 5 is essentially a reference to the underlying Express router.

The req.query property in Express 5 has been changed from a writable property to a getter. Additionally, the default query parser has been renamed “simple” from “extended”.

Except for the updates mentioned previously, Express 5 is very similar to Express 4. The API hasn’t changed nearly as much as it did from v3 to v4. However, there are certain breaking changes, even though the underlying API has remained the same. In other words, updating an old Express 4 program to use Express 5 may cause it to fail.

Let’s take a closer look at the breaking changes:

Migrating an Express 4 application to Express 5

Migrating your Express 4 application to Express 5 is not as big of a lift as you may think.

To get started, move into the root directory of your project and install Express 5 using the following command:

This command will update your project dependencies and also update the package.json file.

Next, rebuild the project or rerun your tests to determine if anything failed. Use the updates covered in this tutorial to fix any issues that may have occurred.

If you’d like to update any other npm packages in the project, run the npm outdated command. This will enable you to see other packages in your project that need to be updated. Then, update them using the npm update command.

To demonstrate what we’ve learned so far about Express 5, let’s create a demo todo application using the Express 5 syntax.

To get started, create a new folder for the application, like so:

Then, initialize a new Node.js project:

The above command will generate a package.json file. Open the file and add a start script:

Now, install Express 5 and other required packages for this application with the following command:

Wait for the installation to finish before continuing. Once you’re certain that the installation is complete, create an index.js file in the project’s root directory, and set up a basic Express server using the following code snippet:

With the Express server configured, let’s create some basic routes for the application. Update the index.js file with the following code snippets:

In the above code, we created a todos array with some dummy data. Then, we defined four API routes to get, add, update, and delete a todo from the application.

To allow users to create a new todo, we need to define a middleware for the body-parser package we just installed. Add the following code before the todos array:

We’ve completed the setup for our routes, so let’s create another router and middleware to serve up an HTML page to display the todos to the users.

In the above code, we created an HTML document to display the todos. The todos will be displayed in the <ul id="data"></ul> section of the page, which we’ll handle with JavaScript. We also defined some styling and referenced the JavaScript file which we’ll create shortly to get all the todos.

Now create an app.js file in the public folder and add the following code:

Here we send a request to the backend, using the JavaScript fetch API, to check if a todo exists in the todos array. Then we create a list element to display the details of the todos.
For the page to render, we need to add one more configuration to the root index.js file. Add the code below after const app = express();

Now we’ll be able to render all the static files in the public directory.

To test the application, run the following command to start the Express server:

Then, navigate in your browser to localhost:3000, and you should see the following output: 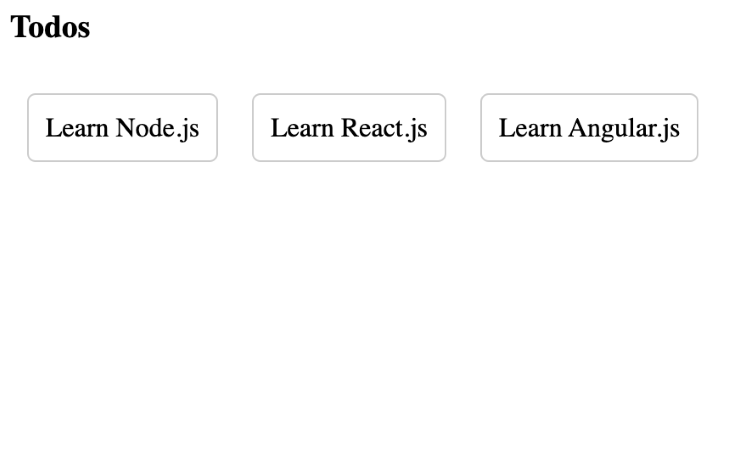 In this article, we explored the new features and improvements available in Express.js v5 and reviewed how to migrate an existing Express 4 app to Express 5. To demonstrate how to take advantage of the new functionalities available in version 5, we created a step-by-step demo showing how to create a web app in Express 5.

What are your thoughts on Express 4 vs. Express 5? Do you plan to migrate to Express 5 in your next project? For additional information about Express 5, check out the official documentation.

Clara Ekekenta Follow Software Engineer and perpetual learner with a passion for OS and expertise in Python, JavaScript, Go, Rust, and Web 3.0.
« Reduce maintenance effort with shared ESLint and Prettier configs
How to handle data validation in Node.js using validatorjs »