Deepak Gupta Follow Programmer by choice, writer by luck. I write about everything related to programming in the simplest way I can. 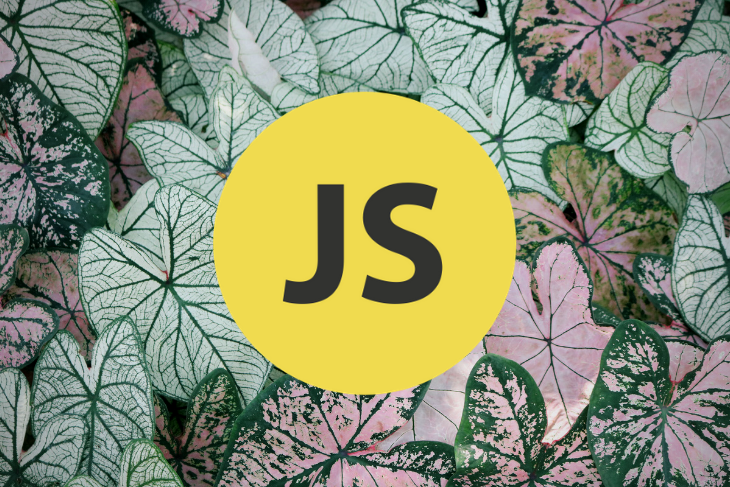 Errors are part of the programming journey. By producing errors, we actually learn how not to do something and how to do it better next time.

In JavaScript, when code statements are tightly coupled and one generates an error, it makes no sense to continue with the remaining code statements. Instead, we try to recover from the error as gracefully as we can. The JavaScript interpreter checks for exception handling code in case of such errors, and if there is no exception handler, the program returns whatever function caused the error.

This is repeated for each function on the call stack until an exception handler is found or the top-level function is reached, which causes the program to terminate with an error.

In general, exceptions are handled in two ways:

Let’s dive into these actions in more detail.

If you’ve been using JavaScript for a long time, you may have seen something like ReferenceError: fs is not defined. This represents an exception that was thrown via a throw statement.

The Error type is used to represent generic exceptions. This type of exception is most often used for implementing user-defined exceptions. It has two built-in properties to use.

This is what we pass as an argument to the Error constructor — e.g., new Error('This is the message'). You can access the message through the message property.

The stack property returns the history (call stack) of what files were responsible for causing the error. The stack also includes the message at the top and is followed by the actual stack, starting with the most recent/isolated point of the error to the most outward responsible file.

Note: new Error('...') does not do anything until it’s thrown — i.e., throw new Error('error msg')   will create an instance of an Error in JavaScript and stop the execution of your script unless you do something with the Error, such as catch it.

Now that we know what exceptions are and how to throw them, let’s discuss how to stop them from crashing our programs by catching them.

This is the simplest way to handle the exceptions. Let’s look at the syntax.

In the try clause, we add code that could potentially generate exceptions. If an exception occurs, the catch clause is executed.

Sometimes it is necessary to execute code whether or not it generates an exception. Then we can use the optional block finally.

The finally block will execute even if the try or catch clause executes a return statement. For example, the following function returns false because the finally clause is the last thing to execute.

We use try-catch in places where we can’t check the correctness of code beforehand.

As shown above, it’s impossible to check the JSON.parse to have the stringify object or a string before the execution of the code.

Note: You can catch programmer-generated and runtime exceptions, but you can’t catch JavaScript syntax errors.

How to handle exceptions in an asynchronous code block

JavaScript provides a few ways to handle exceptions in an asynchronous code block.

With callback functions (not recommended) ,  we usually receive two parameters that look something like this:

We can see that there are two arguments: err and result. If there is an error, the err parameter will be equal to that error, and we can throw the error to do exception handling.

It is important to either return something in the if(err) block or wrap your other instruction in an else block. Otherwise, you might get another error — e.g., result might be undefined when you try to access result.data.

With promises — then or catch — we can process errors by passing an error handler to the then method or using a catch clause.

It’s also possible to add an error handler with .catch(onRejected) instead of .then(null, onRejected), which works the same way.

Let’s look at a .catch example of promise rejection.

async and await with try-catch

With async/await and try-catch-finally, handling exceptions is a breeze.

How to handle uncaught exceptions

Now that we have a good understanding of how to perform exception handling in synchronous and asynchronous code blocks, let’s answer the last burning question of this article : how do we handle uncaught exceptions?

The method window.onerror() causes the error event to be fired on the window object whenever an error occurs during runtime. We can use this method to handle the uncaught exception.

Another utility mode for onerror() is using it to display a message in case there is an error when loading images in your site.

On a Node.js server

The process object derived from the EventEmitter module can be subscribed to the event uncaughtException.

We can pass a callback to handle the exception. If we try to catch this uncaught exception, the process won’t terminate, so we have to do it manually.

Never try to implement a catch-all handler for the base Error type. This will obfuscate whatever happened and compromise the maintainability and extensibility of your code.

Handle JavaScript exceptions in no time by giving errors context

Handling JavaScript exceptions is the first step — actually fixing them is where things get tough. LogRocket is a frontend application monitoring solution that lets you replay JavaScript errors as if they happened in your own browser. LogRocket lets you replay sessions with a JavaScript exception to quickly understand what went wrong. It works perfectly with any app, regardless of framework, and has plugins to log additional context from Redux, Vuex, and @ngrx/store.

LogRocket records console logs, page load times, stacktraces, slow network requests/responses with headers + bodies, browser metadata, and custom logs. It also instruments the DOM to record the HTML and CSS on the page, recreating pixel-perfect videos of even the most complex single-page apps.

Let’s review some of the main points we discussed in this article.

When done properly throughout, exception handling can help you improve the maintainability, extensibility, and readability of your code.

Deepak Gupta Follow Programmer by choice, writer by luck. I write about everything related to programming in the simplest way I can.
« Unsentimental versioning
Introduction to Inertia.js »