How to develop, test, and deploy smart contracts using Ganache 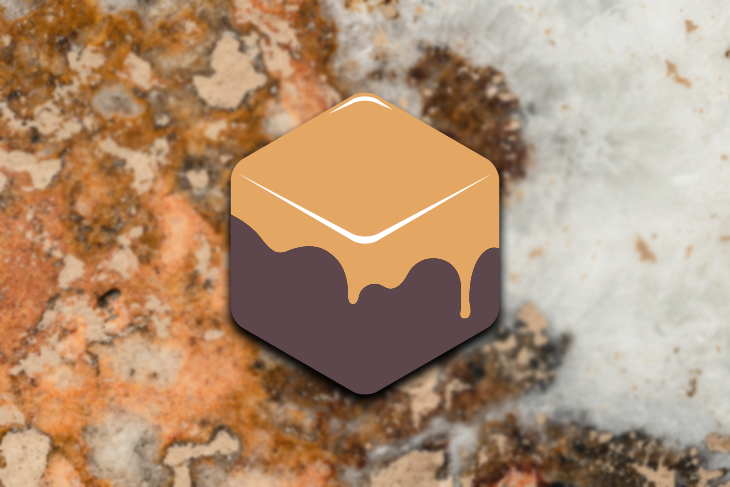 Developing, testing, and deploying smart contracts is an important job of a blockchain developer, and this tutorial will show you how to get started with smart contracts.

Before we jump in, it’s important to understand basic concepts in crypto and the blockchain. If you aren’t familiar with crypto, I recommend you watch this short video.

What is a smart contract?

Smart contracts are immutable programs stored on a blockchain. They automate the execution of transactions based on predetermined conditions being met, and they are widely used to execute agreements in a decentralized manner without middlemen.

Smart contracts have particular outcomes, which are governed by immutable code, so the participants in the contract can be confident in the contract execution. No third-party involvement, no time lost — agreements are executed immediately when the conditions are met.

Smart contracts can be deployed on the blockchain for use. Ethereum supports smart contracts written in the Solidity programming language.

This tutorial uses JavaScript and Solidity for developing, testing, and deploying smart contracts on the Ethereum blockchain.

So, you’ll need a basic knowledge of JavaScript, Node.js, and Solidity.

Solidity is similar to JavaScript, so the concepts are fairly easy to grasp.

This tutorial is going to be fairly simple. Check out this GitHub repo to see the code in this tutorial.

We’ll be using these tools to develop and test smart contracts:

Truffle provides you with all the necessary utilities to develop and test smart contracts. You can initialize a Truffle project with truffle init.

This should create a new project with three folders (/contracts , /migrations, and /tests) and one configuration file, truffle-config.js. 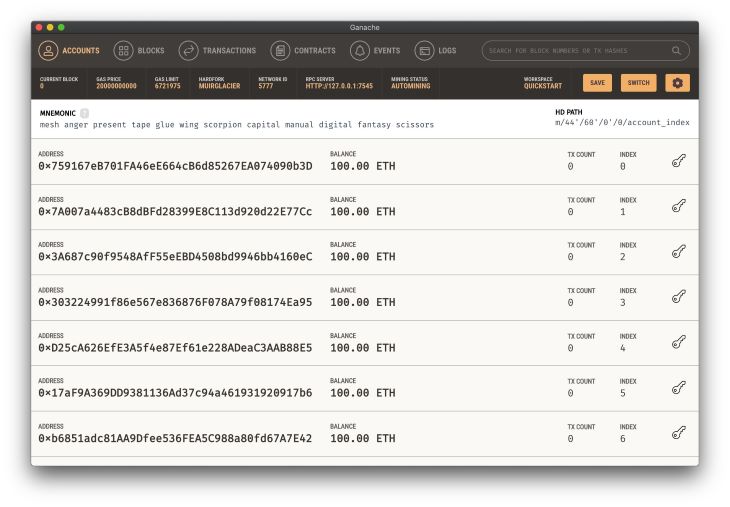 Check the port in RPC Server configuration., which is usually 7545. Now, make the following change in truffle-config.js and fill out the correct port number:

Now, run truffle migrate. If it does not throw any errors, you are good to go.

Contracts will be stored under the /contracts folder. You will find that migrations.sol already exists here.

Create a new file in that directory named TruffleTutorial.sol:

Notice that this is the smart contract named TruffleTutorial. You can check the comments in the code to understand what every function and line of code does, but I’ll explain the gist here.

You can also quick-test smart contracts on remix.ethereum.org.

If you have worked with databases like MySQL or Postgres before, I assume you are familiar with migrations.

In the /migrations folder, you’ll see the initial migration. You’ll have to create a new migration file for this new smart contract.

You might be wondering what the artifacts and deployer functions are. They are taken care of by Truffle. When you run truffle migrate, it looks at the /migrations directory and deploys all the linked smart contracts to the blockchain, just as the migration files tell them to do.

When you create the file with this code, simply run truffle migrate --reset, which will deploy the smart contract to the local test network. It’ll also build the ABI and bytecode files that the Ethereum virtual machine is capable of understanding.

Interacting with the deployed smart contract

Now that your smart contract is on the blockchain, how do you interact with it? How do you retrieve the message, and how do you set it? Truffle console lets us do exactly that.

Easier GUI method to interact with the smart contract is through https://remix.ethereum.org/.

In the terminal, code truffle console, which starts a console that enables you to interact with the smart contract.

Try all those lines and see if you get the address. If you do, the smart contract is successfully deployed and your project can talk to it.

Now try getting the message stored on the smart contract:

You can now read the value stored on the smart contract!

There you go, you did it! The smart contract works!

Though, we tested this manually. Ideally, you would want to set up automatic tests that check if all of this works perfectly.

You’ll be writing tests in the /test folder. Create a new file there named TruffleTutorial.js.

assert.equal takes two arguments, if they match, the test passes, else it fails.

Now, run truffle test. You should see all of the tests pass:

You have now developed, tested, and deployed the smart contract using Truffle and Ganache.

Note that deploying on Ethereum Mainnet will require you to pay some gas fees. Also, every time you write on the blockchain (e.g., when executing the setMessage function), it would cost you gas fees, but reading the smart contract would still be free of cost.

Here, create or edit the existing project — create TruffleTutorial.sol in the /contracts folder and paste all the smart contract code there.

In the sidebar, you should see an option to toggle the SOLIDITY COMPILER pane in the sidebar. Click it and compile the solidity smart contract code. It should create the ABI and bytecode files.

After you compile, open the DEPLOY & RUN TRANSACTIONS pane from the sidebar. You can try deploying the smart contract on the Remix Ethereum Test JavaScript VM network. You may also test manually using the Remix tools themselves in the same pane.

Now it’s time to deploy to the Mainnet. First, make sure you have some Ethereum balance in your Metamask wallet so you can pay the gas fees. I usually put around $50-worth $ETH in my coinbase wallet, then transfer the $ETH to the Metamask wallet.

In the DEPLOY & RUN TRANSACTIONS pane, set the “Environment” from JavaScript VM to Injected Web3. When you do, you’ll connect your Metamask wallet to the Mainnet. Finally, click Deploy. You’ll have to sign a transaction with Metamask, but once that is done, your TruffleTutorial smart contract will be deployed!

Make sure you check the smart contract address after you deploy it so that the address can be used by other clients if they want to talk to your smart contract.

Web3 is booming, and this space is new and exciting. Smart contracts are the backend of most Dapps (Decentralized apps), and learning how to develop, test, and deploy them will be useful if you want to become a blockchain developer.

Kumar Abhirup Follow I am Kumar Abhirup, founder at Beam Community, Inc. I'm in school and from Pune, India. I write about coding, tech, and everything I know.
« Angular vs. React vs. Vue.js: Comparing performance
Geolocation and geocoding in Flutter »

One Reply to “How to develop, test, and deploy smart contracts using…”