Cropping images in the browser with Vue.js 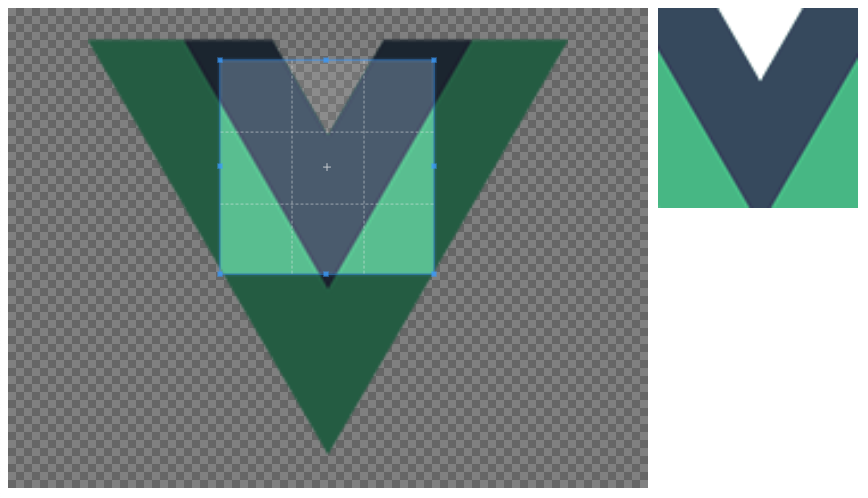 Have you ever created a web application that needed to accept images from the user and later realized that users tend to provide images in all shapes and sizes that break your fancy website theme? Working with images on the web can easily become a pain — unless, of course, you’re using the right tools.

In this tutorial, we’re going to explore how to use a JavaScript library within the browser to manipulate images in preparation for storage on your server and use within your web application. We’ll do this using Vue.js instead of vanilla JavaScript.

The heavy lifting is done with a library called Cropper.js.

Creating a new Vue.js project with the image cropping dependency

The first step toward success with this example is to create a new project and get the necessary dependencies installed. The assumption is that you’ve got the Vue CLI installed and configured.

From the command line, execute the following:

When prompted, choose the default options. This is going to be a simple project, so it isn’t necessary to worry about routing and all of that good Vue.js stuff.

Navigate into your new project and execute the following:

The above command will install Cropper.js into our project. We could have easily used a CDN for this, but because we’re using a framework that takes advantage of webpack, the npm route makes the most sense.

Open the project’s public/index.html file and include the following HTML markup:

Notice that in the <head> tags we’ve included the cropper.min.css file. Again, it doesn’t matter how you get that CSS information as long as you get it. Without the CSS information, we won’t have the fancy crop box for our images.

Cropping images with JavaScript in a Vue.js project

At this point, the project should be nearly configured and ready to go for cropping images on the web. To keep our project clean, we’re going to create a new Vue.js component to handle all of our image manipulation.

Create a src/components/ImageCropper.vue file within your project and include the following boilerplate code:

The <style> tag information isn’t too important for this example; it just cleaned up the page and didn’t have any real effect from the library.

Take note of the src and destination variables that appear in the <template> block. These variables represent the source image, as defined by the user through the props object, and the destination image, which has already been manipulated. We’ll be able to access the source image directly through the ref variable, which is similar to using a querySelector on a DOM object.

While we’ve laid the groundwork for our images, we’re not actually doing anything to them yet. We’re going to configure the cropping utility and our events in the mounted method, which is triggered after the view initializes.

When the method is called, we obtain a reference to our image, found in the <template> block. We then use the image when initializing our cropping utility while defining some configurations, none of which are mandatory.

At this point, we’ve created the component but are not yet making use of it.

Open the project’s src/App.vue file and include the following:

Notice that we’ve imported the ImageCropper component and are making use of it in the <template> block. Remember, the src attribute is one of the props in the JavaScript. In my example, there is a public/logo.png file, but feel free to change it up as you see fit. In more realistic scenarios, you’ll probably use an image that the user plans to upload.

If you want to learn how to upload files such as cropped images, you can check out my previous tutorial, “Upload Files to a Remote Web Service via a Vue.js Web Application.”

You just saw how to manipulate images using the Cropper.js library from within a Vue.js web application. This is useful if you need to accept images from users to be used as part of their profile or similar because you want consistent sizing so your theme doesn’t break.

Using the image cropping library isn’t much different than how you’d use it with vanilla JavaScript, but there are a few things that need to be done to interact with the HTML components with Vue.js.

Nic Raboy Follow Advocate of modern web and mobile development technologies. I write tutorials and speak at events to make app development easier to understand.
« To mutate, or immutate, that is the question
Introduction to Vue lifecycle hooks »

6 Replies to “Cropping images in the browser with Vue.js”