Neel Bakshi Follow A guy who handles everything mobile. 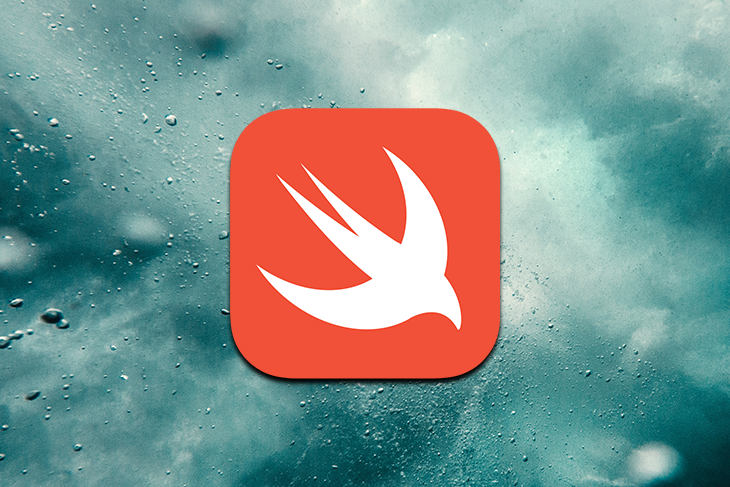 In this article, we’ll look at some of the operators that Swift ships with and also create our own operators.

What is an operator in Swift?

Before we begin looking at the different operators that Swift provides us with and creating custom operators, let’s understand a few basic terms related to them.
Here’s an example:

Here, we can see a few variables and constants being defined, along with a few symbols (e.g., = and +). Let’s define two terms here:

Types of operators in Swift

There are three different types of operators, which are defined by the number of operands they work on.

Notation defines the position of the operator when used with the operands. There are again three types:

Operator precedence and associativity in Swift

When working with operators in Swift, you should also know the priority order in which the operator is executed. Operator precedence only matters for infix operators, as they work on multiple operands.

For example, if an expression has multiple operators in it, Swift needs to know which operator needs to be executed first.

In the above example, * has more precedence compared to +, which is why 6*2 is executed before 4+6.

In case you have two operators with the same precedence being used in an expression, they’ll fall back on their associativity. Associativity defines the direction in which the expression will start resolving in case the precedence of the operators are the same.

Associativity is of two types:

For example, we have the following statement:

Now that we know the basics of what Swift operators are and how they are used, let’s look at popular operators that ship with Swift.

The most common operators that Swift ships with fall under the following categories:

Assignment operators are used to assign values to a constant or variable. The symbol is =.

These operators are used to perform basic arithmetic operations, such as +, -, *, /, and %.

Logical operators are used to combine two conditions to give a single boolean value output, e.g., !, &&, and ||.

Therefore, when you have different code blocks to run for different conditions, it’s better to use if-else blocks. For shorter, simpler cases, use the ternary operator. The operator, ?:, is used like this:

This is a shorthand operator to return default values in case a particular variable is nil. The operator symbol is ?? and commonly used like this:

These operators are used to define ranges, e.g., … and ..<. They are mainly used with array/strings to extract sub arrays/strings.

For a list of all the basic operators and their descriptions, read the Swift documentation.

Now that we’ve seen the operators that Swift ships with, let’s create our own operators. Custom operators are generally defined for three purposes:

Let’s look at all three purposes with examples.

Creating a new operator with a new symbol

Let’s say you want to define an operator with the △ symbol that calculates the hypotenuse of a right angle triangle given its two sides.

Creating an operator for a custom class or struct

We know that the + operator is used to add two numbers, but let’s say we wanted to add two instances of our struct called Velocity, which is a two-dimensional entity:

If we were to run the following command, you’d get a compiler error:

In this case, it makes sense to define a + operator that takes care of adding two Velocity instances:

Overriding a Swift operator that already exists for a class/struct

Let’s say you have a struct that is used to define an item in a supermarket.

When we need to compare two items, such that if two items have the same itemName, itemType, and itemPrice, we need to consider them equal regardless of what their id is.

If you run the following piece of code, you’ll see that the two variables are not equal:

The reason for this is that instances detergentA and detergentB have different ids. In this case, we need to override the == operator and custom logic to determine equality.

Defining a custom operator in Swift

A custom operator is defined just like a function is defined in Swift. There are two types of operators you can define:

There are different types of parameters you can define based on whether it is an infix or a prefix/postfix operator.

With global operators, we first define the operator with the notation keyword (infix , prefix or postfix) and the operator keyword, like this:

When we want to define an operator for a class or a struct, we need to define the operator function as a static function. The notation parameter is optional in case the operator is an infix operator (i.e., you have two parameters in the function signature), else you need to specify prefix or postfix:

Given that we’ve already looked at defining basic custom operators like + and ==, let’s review some examples of how you can define custom compound operators or operators that mutate the parameters themselves.

We’ll do this by defining a custom compound arithmetic operator for the Velocity struct from earlier:

Now, we’ll specify the notation of a custom operator.

Specifying the notation of a custom operator in Swift

In order to define the notation of a custom operator, you have three keywords for the corresponding notation:

When defining a global operator, you need to first define the operator’s notation, then define its functions. Note that this is not a compulsory step, but it’s necessary if you want to define global operators or hope to assign a precedence to it (which we’ll discuss in the next section).

Let’s look at the hypotenuse operator again, which is being defined as a global operator. You can see that we first define the operator with the notation and the symbol, then implement its logic:

When defining an operator for your own class/struct, you can directly use the notation keyword with the method definition. For example, let’s define a negation operator for Velocity as well, which negates both the xVelocity and yVelocity properties. This operator is going to be defined as a prefix operator:

This way, the compiler knows which operator needs to be executed first. In case no precedence is specified, it defaults to DefaultPrecedence, which is higher than TernaryPrecedence.

This brings us to the conclusion of what operators are in Swift and how you can create your own. Although they are pretty simple to use, understanding them is important because they are one of the most foundational constructs of any programming language.

You should be familiar with basic operators, as you will be using them frequently in your code, and, when it comes to custom operators, define them only if the symbol’s original meaning makes sense for you.