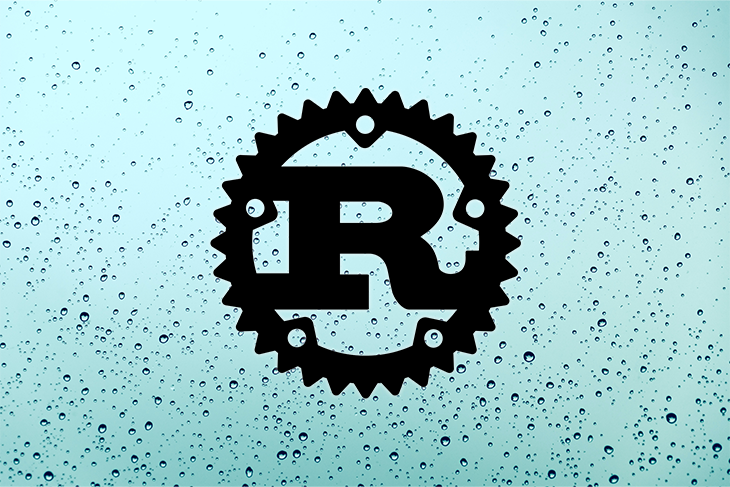 Randomness is an invaluable part of both web development and our lives today. Without randomness, Bitcoin and cryptocurrencies, the banking system, a game of chance like dice or roulette wheel, and, of course, all cryptographic operations, would be predictable and insecure.

Note: Unlike JavaScript, there is no Math.random method equivalent currently available in Rust.

Rand is the most popular random number generator crate in the Rust ecosystem and is maintained by rust-random and 229 contributors. It has a GitHub rating of over 1,090 stars. Rand offers many features that you can use for different cases of randomness within Rust, and it currently uses the ChaCha block cipher algorithm with 12 rounds, which is fast, statistically strong, and unpredictable so that it can adequately generate cryptographically secure pseudorandom numbers (CSPRNG).

Rand has a small file size of 87.1KB and a significant amount of downloads. As of the time of this writing, it has been downloaded over 116,114,195 times.

Deterministic random numbers are generated from a seed — a set of defined numbers. Anyone with that seed can re-generate the same number. Take the piece of code below, for example:

The result will always be -416273517 as long as you are using the seed 200. To make this example work, you’ll need to add rand_chacha as a dependency to your Cargo.toml file, like so:

In previous Rand versions, you only needed to install Rand to use rand_chacha because it was a dependency. But, as of August 2019, rand_chacha is separate because the team was looking to reduce dependencies.

Rand also allows you to create random numbers without a seed because it’s seeded by the system and re-seeded only when necessary. You can trigger the re-seeding process manually, like this:

Re-seeding improves your security in case of a side-channel attack and/or misuse. Essentially, re-seeding means you generate a new seed from an entropy generated by your system.

There are several functions within the Rand crate — check Rand’s documentation to learn more.

So, what are the ups and downsides to using Rand within your Rust application? Mostly, Rand has almost everything you need to work with secured randomness, which is great. If, however, you are looking to implement basic randomness without worrying too much about complexity or security, Rand might be overkill for your project.

Let’s cover some use cases for Rand below. With Rand, you can:

There is so much more you can do with Rand, but you should check the docs to learn more.

Fastrand is a small and fast random number generator based on WyRand, which is a modern non-cryptographic hash function and pseudo-random number generator. It was released two years ago, and, unlike Rand, Fastrand is not cryptographically secure, so it shouldn’t be used for that purpose. It also only has one dependency, Instant, whereas Rand has six.

Fastrand’s random numbers are only generated based on a predetermined seed so that anyone with that seed can generate the same number.

Pros and cons of using Fastrand

Fastrand is simple and compact. Most importantly, it’s fast. However, Fastrand is not cryptographically secure. so if you are looking for something more secure to use for cryptography, use Rand instead.

At the time of this writing, there are no Stack Overflow questions on using Fastrand, and there are only a few issues on GitHub. The project has over eight contributors and 10,976,949 downloads at the moment. When compared to other random number generators, the community around Fastrand is growing fast, but not as fast as Rand.

Let’s see some examples of what you can do with Fastrand.

You should check the documentation for more use cases.

Using Nanorand for randomness in Rust

Nanorand is an interesting random number generator that is simple, even though it allows you to use over one algorithm. You can choose which algorithm you want to use depending on your needs.

First and foremost, Nanorand allows you to use multiple algorithms, such as WyRand, ChaCha, and Pcg64.

So, whether you are looking to generate a cryptographically secure PRNG or a non-secure random number with a quick compile time, you can get it done using Nanorand.

Pros and cons of using Nanorand

Currently, Nanorand does not have much community support, and the documentation does not cover other algorithms it implements apart from WyRand. However, Nanorand has been installed over 834,185 times, has 11 contributors, and has few issues on GitHub.

Nanorand’s use cases are like other random numbers generators we’ve discussed already.

Oorandom is a deterministic random number generator that implements permuted congruential generator (PCG). Use oorandom if you find the rand crate to be too large for your project and just want something more compact and specific. More so, it’s #[no_std], which is great if you are building a project for bare-metal devices.

Pros and cons of using oorandom

Oorandom is, unfortunately, not cryptographically secure.

Oorandom is quite popular, as it’s been installed over 8,107,644 times. For most people who need a simple random number generator, oorandom is a great option.

Here is an example of how you can use it:

With Rust, there is so much we can do by using random number generators. While the generators on this list may change over time as stronger algorithms are created, we discussed some of the go-to options for devs working with Rust, security, and/or cryptography in this article. Happy hacking!

Eze Sunday Follow Eze Sunday is a full-stack software developer and technical writer passionate about solving problems, one line of code at a time. Contact Eze at [email protected]
« How to build a REST client with JavaScript proxies
Building a DeFi dashboard: A developer’s guide »