Comparing Elixir with Rust and Go 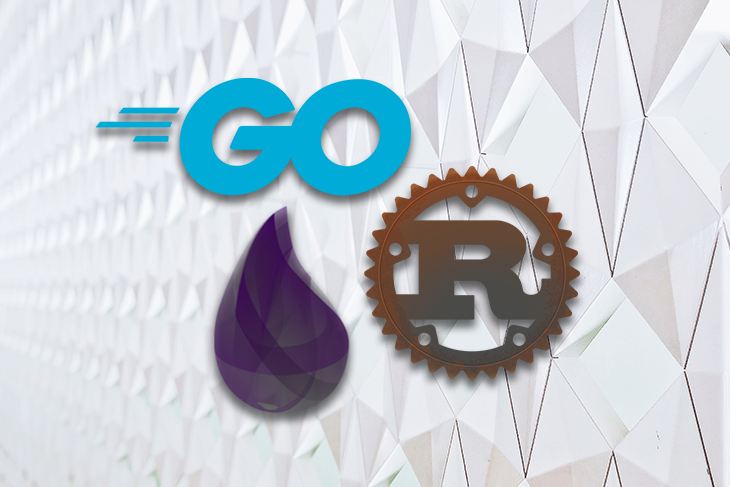 Programming has always been about getting things done quickly and efficiently. New developers usually start writing code with languages like JavaScript or Python, which are languages with brilliant features to build large-scale applications.

But, as your application grows, scalability, concurrency, and fault tolerance become as crucial as application features. Any company with a reasonable number of customers will have more than one language stack because some languages handle specific tasks better than others. This is where languages like Elixir, Rust, and Go come into the picture.

In the battle of system programming languages, Elixir, Rust, and Go stand out as the top three options for developers. In this article, we will look at Elixir and briefly compare its performance against Go and Rust.

Before we dive into Elixir, let’s quickly look at what Erlang is.

Erlang was created in the 1980s to solve the problem of reliable phone switching. Its name derives from the Ericsson Language because it was created at the Ericsson Computer Science Laboratory to build the next generation of telephonic switches.

Erlang offers features for creating highly scalable and concurrent code, along with impressive uptime and fault tolerance. An added advantage of Erlang is the BEAM virtual machine, a fast compiler that compiles Erlang code into bytecode.

Elixir is a functional and concurrent programming language built on top of Erlang. Like Erlang, Elixir works using the BEAM VM. This enables higher extensibility and productivity in the Erlang VM while remaining compatible with Erlang’s ecosystem.

Creator Jose Valim designed Elixir to be a highly concurrent and low-latency language capable of handling large volumes of data. Elixir also uses some of the best features of Ruby, especially its syntactic similarity.

In the age of microservice architectures, languages like Elixir offer tools to build concurrent applications that work together seamlessly. Now that you understand what Elixir is, let’s see what Elixir can and can’t do.

Concurrency and scalability are the core philosophies of Elixir. Concurrency is the ability to run multiple processes simultaneously but independently. This is achieved by using the Erlang VM.

Elixir’s concurrency model is based on Actors. In a distributed architecture, an Actor is a process that communicates with other processes purely via messaging. Concurrency, combined with the message-passing architecture, makes Elixir an excellent choice for building distributed applications.

Scalability is also built natively into Elixir. Since applications built in Elixir are groups of individual isolated processes, all information between them is passed via messages. This makes Elixir applications highly scalable. If you need more resources for a function, all you need to do is make copies of the existing function, and add them to the application.

Elixir programs are designed to theoretically run forever. As a developer, you understand the difficulty in writing and maintaining code. Maintaining a system with many moving parts is more challenging, especially in a distributed architecture.

Elixir uses the Supervisor and Application model to build fault-tolerant systems. In Elixir, you will have a top-level supervisor process that starts other processes in the application. Those child processes can have more supervisors and their own child processes. This recursive structure is also called the supervision tree.

The supervisor of any process can restart all the failed children. In addition, the supervisor can fail if it wants to, delegating decision-making to the supervisor above it. This Supervisor and Application model of processes is the core reason behind Elixir’s fault tolerance.

Elixir has an easier learning curve compared to languages like Rust and Go. This is due to Elixir being syntactically similar to Ruby. Elixir was also designed to be easier to adopt, unlike Erlang, which comes with a steep learning curve.

An easier learning curve helps build Elixir teams and train in-house personnel. This is also seen in the growing community support for Elixir, despite being a relatively new language on the block.

While Rust and Go are statically typed languages, Elixir is dynamically typed. The difference is simple: you must compile your program before executing it in Rust and Go. This leads to slower compilation times compared to Elixir. However, this means that Rust and Go can outperform Elixir regarding speed and memory consumption.

Elixir is a purely functional programming language. Go and Rust offer object orientation, making it easier to build complex classes. However, this is by design. Elixir is used to build a collection of distributed processes that communicate with each other, so classes and objects are overkill for a language like Elixir.

Elixir is a relatively new programming language, so finding developers and support might be challenging. Development teams usually choose languages like Elixir for specific use cases, so the Elixir community still has work to do to get it to the list of most used programming languages.

Rust is one of the most loved programming languages in the developer community. The major selling points of Rust are speed and memory safety. If you’d like to read more about Rust, check out my article on Rust iterators and closures:

Let’s look at some benchmarks in performance between Elixir, Go, and Rust. We will look at the performance of these languages by running two programs  — a "Hello, World!" function and a spectral normalization function.

The function prints the text "Hello, world!" on the screen, while the spectral norm function calculates the maximum singular value of a matrix.

As you can see, Rust vastly outperforms Go and Elixir. Elixir also times out when running computationally intensive operations like spectral norm, so it’s not a great choice for complex algorithms like neural networks.

Despite being a relatively new programming language, Elixir has many practical applications. Distributed systems, including blockchains and IoT services, can utilize Elixir to build reliable and fault-tolerant architectures. With growing community support and an easier learning curve, Elixir is an excellent language to invest your time on.

3 Replies to “Comparing Elixir with Rust and Go”