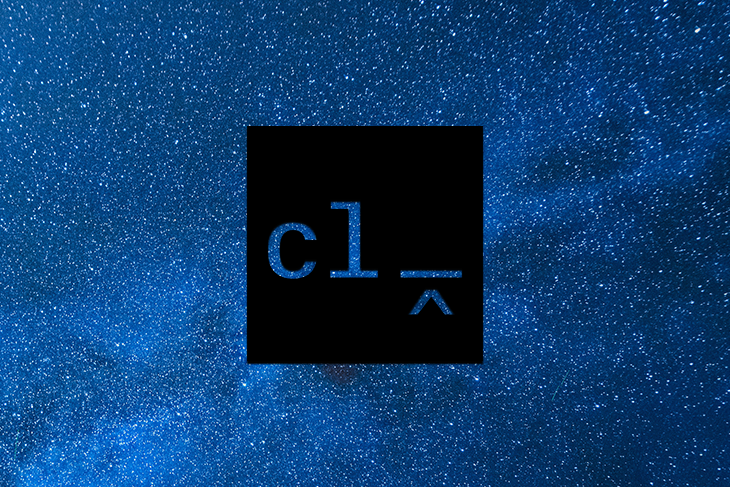 As developers, it’s common for us to jump into existing projects — sometimes with large code bases — to fix a bug or work on a new feature. We often start by navigating the source code to understand how it was built and how components within the application interact with each other.

But even when we find the exact place where a bug occurs, it may not be clear what the right solution to the problem is or how it got there in the first place.

Thankfully, there’s a tool called Git that can investigate who and why a particular code was changed or added when used correctly. But, if your experience is anything like mine, it’s possible that when accessing the Git history of your project, you find something like this:

Not very helpful, right? It is impossible to identify which commit is relevant to us, as all descriptions are the same or not, well, descriptive.

Can this be fixed? Let’s discuss how commitlint comes to save the day.

Commitlint is the ESLint for your commit messages. It performs validations on any text against a predefined commit format. Users can configure these formats to their needs or adopt pre-built-in conventions, such as conventional commits.

Because the tool can be piped to the output of other processes, it easily integrates with your development workflow by validating the messages right before committing changes, pushing, or using any other Git hook.

Before learning how to set it up, let’s see it in action: 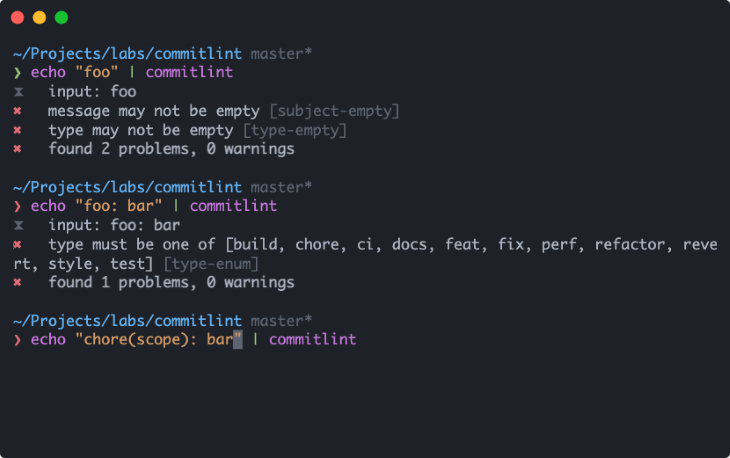 Commitlint is easy to set up for either npm or Yarn projects. Let’s start by installing the tool as a dev dependency.

Because we will be using the default configuration, we need to install two different commitlint modules, the CLI tool, and the actual configuration. From your terminal, run:

Lastly, you need to create a commitlint.config.js file with your configuration options. To do that, you can execute the following in your terminal:

Setting up Git hooks with commitlint

For commit message validations to run automatically on every Git commit command, we will use Husky, a tool that enables us to set up Git hooks quickly.

It’s pretty straightforward, so let’s jump into the commands:

With everything now set up, we can try to commit with an invalid text format and see what happens:

It is clear that commitlint rejected the message “commit.” We also know the reasons why, so let’s fix our message and see the results:

When the message satisfies the criteria, the commit command continues its workflow and stores the changes.

Let’s leave the technical realm for a moment to focus on writing — more precisely, how to write good commit messages that are self-explanatory and pass the commitlint default validations.

A good typical commit message will have the following structure:

Let me explain each part.

The type is mandatory and determines the intent of the change. Here are possible values:

A scope is an optional value that provides additional contextual information about the change. For example, when the module’s name, npm package, or particular routine was affected.

The scope, when present, must be contained within parenthesis.

The subject is the headline of the commit. It should summarize in one sentence the nature of change.

For the subject, consider the following rules:

The body is an optional space to provide additional information about the change, its motivation, and what was done. As it is the case of the subject, the body is written in the present tense.

Lastly, the footer is an optional placeholder for referential information, e.g., alert for breaking changes or refer US numbers or references.

Breaking changes should start with the word “BREAKING CHANGE:” with space or two newlines.

Here are some other excellent examples from GitHub:

Developers hate spending time on trivial tasks such as formatting text. That’s why they built amazing automation tools, such as ESLint, Prettier, and now commitlint — to make their lives easier. More importantly, they built these tools because they know the value of having nicely formatted and standardized code and messages.

Would you invest time in this automation and process for the value it brings to you, your project, and your organization? I certainly do!

ESLint and Prettier are already part of our lives. Let’s welcome commitlint to the developer’s productivity tools family.