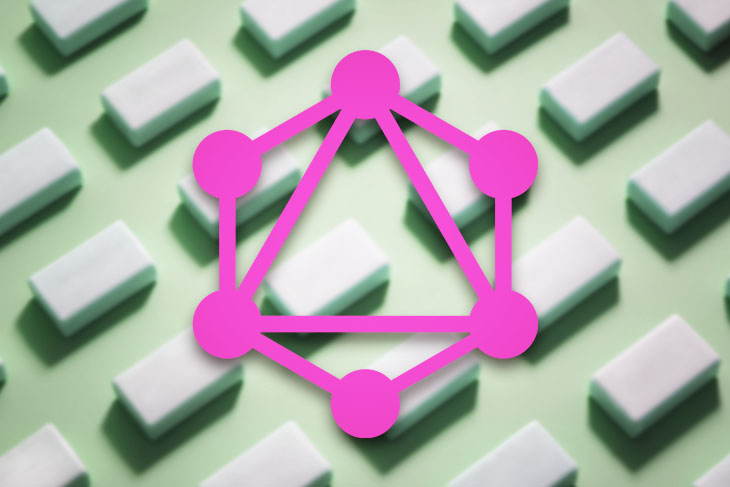 Editor’s note: Examples of profanity in this article are represented by the word “profanity” in order to remain inclusive and appropriate for all audiences.

Detecting and filtering profanity is a task you are bound to run into while building applications where users post (or interact with) text. These can be social media apps, comment sections, or game chat rooms, just to name a few.

Having the ability to detect profanity in order to filter it out is the solution to keeping communication spaces safe and age-appropriate, if your app requires.

This tutorial will guide you on building a GraphQL API to detect and filter profanity with Python and Flask. If you are just interested in the code alone, you can visit this GitHub repo for the demo application source code.

To follow and understand this tutorial, you will need the following:

Profanity (also known as curse words or swear words) refers to the offensive, impolite, or rude use of words and language. Profanity also helps to show or express a strong feeling towards something. Profanity can make online spaces feel hostile towards users, which is undesirable for an app designed for a wide audience.

Which words qualify as profanity is up to your discretion. This tutorial will explain how to filter words individually, so you have control over what type of language is allowed on your app.

What is a profanity filter?

A profanity filter is a software or application that helps detect, filter, or modify words considered profane in communication spaces.

Why do we detect and filter profanity?

Using Python, let’s build an application that tells us whether a given string is profane or not, then proceed to filter it.

To create our profanity filter, we will create a list of unaccepted words, then check if a given string contains any of them. If profanity is detected, we will replace the profane word with a censoring text.

Create a file named filter.py and save the following code in it:

If you were to pass the following arguments to the function above:

You would get the following results:

However, this approach has many problems ranging from being unable to detect profanity outside its word list to being easily fooled by misspellings or word paddings. It also requires us to regularly maintain our word list, which adds many problems to the ones we already have. How do we improve what we have?

Using the better-profanity Python library to improve our filter

To get started with better-profanity, you must first install the library via pip.

Integrating better-profanity into our filter

Now, update the filter.py file with the following code:

If you were to pass the following arguments once again to the function above:

You would get the following results, as expected:

Like I mentioned previously, better-profanity supports profanity detection of modified word spellings, so the following examples will be censored accurately:

Better-profanity also has functionalities to tell if a string is profane. To do this, use:

Better-profanity also allows us provide a character to censor profanity with. To do this, use:

Building a GraphQL API for our filter

We have created a Python script to detect and filter profanity, but it’s pretty useless in the real world as no other platform can use our service. We’ll need to build a GraphQL API with Flask for our profanity filter, so we can call it an actual application and use it somewhere other than a Python environment.

To get started, you must first install a couple of libraries via pip.

Next, let’s write our GraphQL schemas for the API. Create a file named schema.py and save the following code in it:

Configuring our application server for GraphQL

After that, create another file named server.py and save the following code in it: 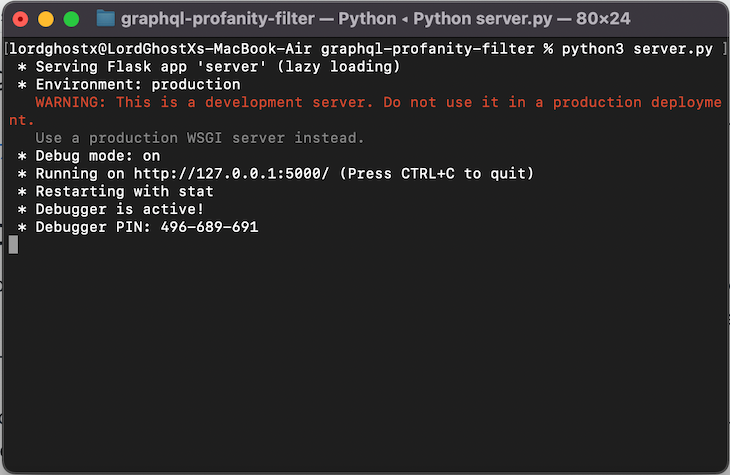 After running the server.py file in the terminal, head to your browser and open the URL http://127.0.0.1:5000. You should have access to the GraphiQL interface and get a response similar to the image below:

We can proceed to test the API by running a query like the one below in the GraphiQL interface:

The result should be similar to the images below:

The source code of the GraphQL API is available on GitHub. You can learn more about the better-profanity Python library from its official documentation.