Moses Anumadu Follow I'm a software developer with an interest in writing technical articles and tutorials. I have over four years of coding experience with various technologies. I love to share knowledge in the form of writing. 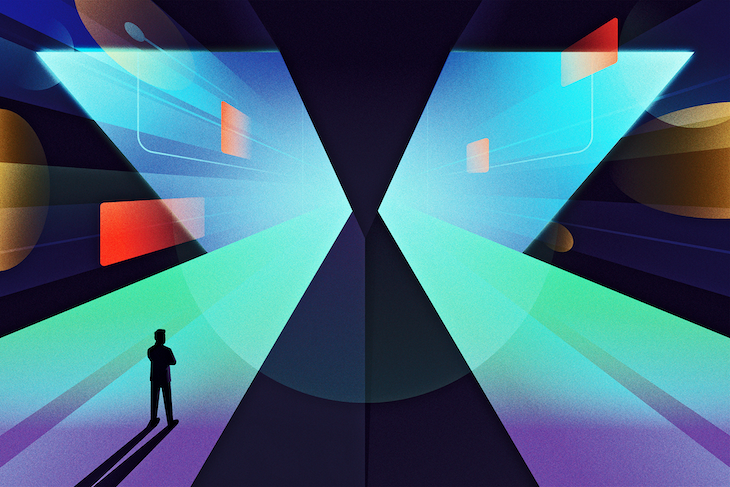 Editor’s note: This post was updated on 29 November 2021 to reflect upgrades to Vuex.

Vuex is a double-edged sword. If used properly, it can make your life a lot easier when working with Vue. It can also make a mess of your codebase if you’re not careful.

There are four main concepts you should understand before you use Vuex: state, getters, mutations, and actions. A simple Vuex state manipulates data within these concepts in the store. Mapping in Vuex provides a nice, clean way of retrieving data from them.

In this tutorial, we’ll demonstrate how to map data from the Vuex store. If you’re a Vue developer who’s familiar with the basics of Vuex, these best practices will help you write cleaner and more maintainable code. Let’s get started!

What is Vuex mapping?

Mapping in Vuex enables you to bind any of the state’s properties, like getters, mutations, actions, or state, to a computed property in a component and use data directly from the state.

Below is an example of a simple Vuex store with test data in the state:

If you want to access the value of data from the state, add the following in your Vue.js component:

The above code works but quickly gets ugly as data in the state starts to grow. For example:

To get the username from the user object in the state:

Although we can get the job done with this.$store.state.user.data.name, we can use a map helper to simplify it to this.event.

The three-dot syntax used above is an ES6 syntax known as the spread syntax. You now have access to the entire user object within the component, therefore, user becomes a computed component. You can do more, like adding objects from the state to the mapState method:

As you can see, this code is a lot cleaner. You can easily access the username with the following:

The same goes for the services object and many other values mapped. Did you notice how we passed in an array to the mapState()? If you need to give the value a different name, you can pass in an object instead as follows:

Now, you can reference the user by simply calling userDetails.

When should you map the entire Vuex state?

In the example above, it wouldn’t make much sense to map the entire user object if we only need one value from it, for example, the username.

When you map the state, the entire object is loaded into memory. You should avoid loading unnecessary data to memory because it would lead to negative performance implications in the long run.

Getters provide a way to get a derived computed state from the store. Mapping getters is similar in syntax to the mapState function:

The code above is similar to writing the computer properties as follows:

Like the mapped state, you can pass in an object to the mapGetters function if you intend to use a different name:

Mapping actions is a lot like mapping mutations because it is also performed in the method. Actions are also mapped to the methods property and not the computed property. Using a mapper binds this.$store.dispatch('actionName') to the name in the array of the mapper or the key of the object:

Note how we used an array to define multiple map actions, which is similar to writing the computer properties as follows:

Now, you should have a firm understanding of how mapping in Vuex works and why you should use it. You should be able to map all the components in the Vuex store, like state, getters, mutations, and actions. Additionally, you’ve learned when to map the store and when you shouldn’t.

Another advantage of mapping your actions, getters, and mutations is that it will make your code smaller and save you some time writing.

These best practices will help you immensely if you decide to use Vuex in your next project. I hope you enjoyed this tutorial.

Moses Anumadu Follow I'm a software developer with an interest in writing technical articles and tutorials. I have over four years of coding experience with various technologies. I love to share knowledge in the form of writing.
« The complete guide to blockchain testing
Why don’t people like PHP? »