Dillion Megida Follow I'm a frontend engineer and technical writer based in Nigeria.

A deep dive into queues in Node.js 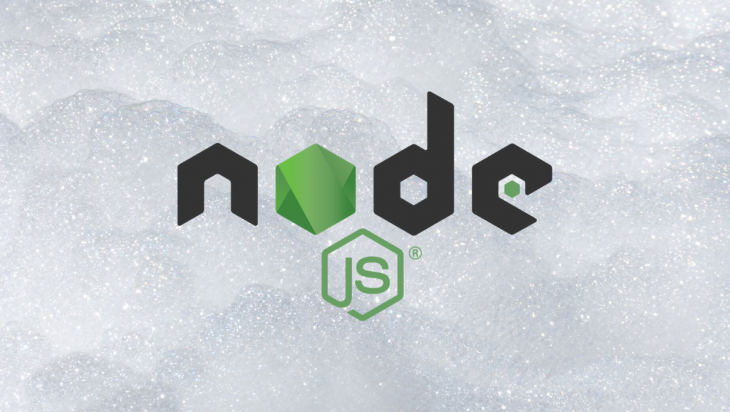 Queueing is an important technique in Node.js used for effectively handling asynchronous operations.

In this article, we’ll take a deep dive into queues in Node.js: what they are, how they work (with the event loop), and their various types.

What are queues in Node.js?

A queue is a data structure used in Node.js to appropriately organize asynchronous operations. These operations exist in different forms, including HTTP requests, read or write file operations, streams, and more.

Handling asynchronous operations in Node.js can be challenging.

There can be unpredictable delays (or at worse, no results) during HTTP requests depending on network strength. There may also be delays while trying to read or write a file with Node.js depending on the size of the file.

Similar to timers and many other operations, there can also be an indefinite duration for an asynchronous operation to be completed.

With these different durations, Node.js needs to be able to handle all these operations effectively.

There are many scenarios to consider, so the best option is to have a rule. This rule influences how the event loop and queues work in Node.js.

The call stack keeps track of the function currently being executed and where it is run from. A function is added to the call stack when it is about to be executed.

This helps JavaScript retrace its steps after executing a function.

The callback queues are queues that hold callback functions to asynchronous operations when they have been completed in the background.

They work in a first-in-first-out (FIFO) manner. We’ll look at different types of callback queues later in this article.

Note that Node.js is responsible for every asynchronous activity, because JavaScript can block the thread with its single-threaded nature.

So, what order does the event loop follow to select callback functions from the queues?

IO operations refer to operations that involve external devices like the computer’s internals. Common operations include read and write file operations, network operations, and so on.

These operations should be asynchronous because they are left for Node.js to handle. JavaScript does not have access to the computer’s internals.

When such operations are to be carried out, JavaScript transfers them to Node.js to handle in the background.

Upon completion, they are transferred to the IO callback queue for the event loop to transfer to the call stack for execution.

Every operation involving the timer feature of Node.js (like setTimeout() and setInterval()) are added to the timer queue.

Note that JavaScript does not have a timer feature by itself.

It uses the timer API (which includes setTimeout) provided by Node.js to perform time-related operations. For this reason, timer operations are asynchronous.

Be it a duration of 2 or 0 seconds, JavaScript hands over time-related operations to Node.js, which are then completed and added to the timer queue.

This queue is broken down into two queues:

Each iteration performed by an event loop is called a tick.

This means that the event loop would have to keep checking the microtask queue for such functions before proceeding to other queues.

Promises are different. In promises, an initial variable is stored in JavaScript memory (which you may have seen, <Pending>).

Node.js places that function (attached to the promise) in the microtask queue when the asynchronous operation is completed. Simultaneously, it updates the variable in JavaScript memory with the result gotten so that the function is not run with <Pending>.

For instance, when the microtask queue is completed, and, say, a timer operation performs a promise operation, the event loop would attend to that promise operation before moving on to the other functions in the timer queue.

Therefore, the microtask qeuue takes the highest priority over other queues.

setImmediate is the function used to add functions to this queue.

When this program is executed, Node.js adds the callback function of setImmediate to the check queue. Since the whole program has not been completed, the event loop does not check any of the queues.

The readFile operation is asynchronous, so it’s handed over to Node.js, and the program continues execution.

The do while operation lasts for 3ms. During this time, the readFile operation completes and is pushed to the IO queue. After completing this operation, the event loop begins to check the queues.

Although the check queue got populated first, it is only considered after the IO queue is empty. Hence, readFile is logged to the console before setImmediate.

This queue stores functions that are associated with close event operations.

Examples include the following:

These are considered the least-prioritized queues because the operations here happen at a later time.

You wouldn’t want to execute a callback function in a close event before a promise’s function is handled. What would that promise function do when the server is closed already?

Order of the queues

The microtask queue is given top priority, followed by the timer queue, the I/O queue, the check queue, and, lastly, the close queue.

An example of callback queues

Let’s look at a bigger example to illustrate the types and order of the queues:

At 0ms, the program begins.

fs.writeFile takes 2ms at the background before Node.js adds the callback function to the IO queue.

fs.readFile takes 10ms at the background before Node.js adds the callback function to the IO queue.

setTimeout takes 1ms at the background before Node.js adds the callback function to the timer queue.

Now, the while operation (which is synchronous) takes 3ms. During this time, the thread is blocked (remember that JavaScript is single-threaded).

Also during this time, the setTimeout and fs.writeFile operations are completed and their callback functions are added to the timer and IO queues, respectively.

Now the queues are:

setImmediate adds the callback function to the Check queue:

The promise operation takes 4ms to resolve (in the background) before it is added to the microtask queue.

The last line is synchronous, so it is immediately executed:

All synchronous activities are done, so the event loop starts checking the queues. It starts from the timer queue since the microtask queue is empty:

While the event loop continues executing the callback functions in the queue, the promise operation finishes and is added to the microtask queue:

A few seconds later, the readFile operation finishes and is added to the IO queue:

Finally, all callback functions are executed:

JavaScript is single-threaded. Every asynchronous function is handled by Node.js working with the internal features of the computer.

Understanding how queues work in Node.js gives you a better understanding of it, since queues are one of the core features of the environment. The most popular definition of Node.js is non-blocking, meaning asynchronous operations are properly handled.

This feature is made effective by the event loop and the callback queues.

3 Replies to “A deep dive into queues in Node.js”