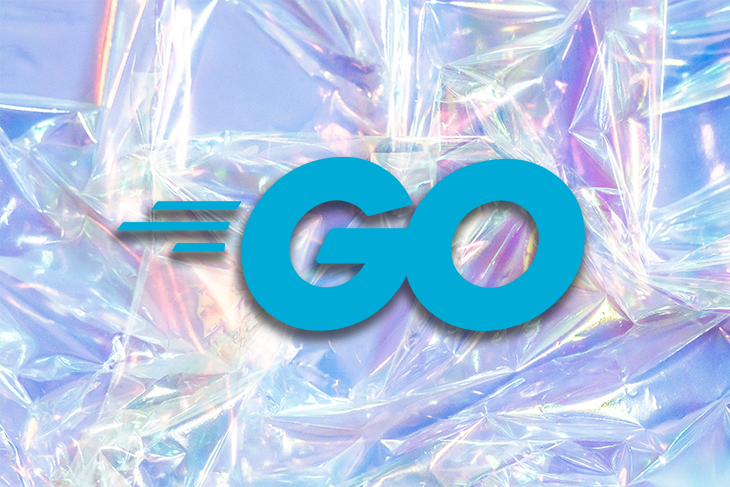 Looking for the top Go frameworks for the web? You came to the right place.

Go is a multiparadigm, statically-typed, and compiled programming language designed by Google. It is similar to C, and if you’re a fan of C, this can be an easy language to pick up. Many developers have embraced this language because of its garbage collection, memory safety, and structural typing system.

According to the 2020 Stack Overflow developer survey, Go is now considered the fifth most “loved” language on the site and the third most “wanted” language for developers to learn who do not know Go yet.

Go is mostly used for web applications, which is why we will look at the top five Go web frameworks and their features to see which is best for your own development.

And now, let’s get into it.

Before reviewing five top Go frameworks, what is Go truly used for? Aside from building general web applications, the language’s scope encompasses a wide range of use cases:

Go web frameworks were created to ease Go web development processes without worrying about setups and focusing more on the functionalities of a project.

Using Go without a framework is possible, however, it is much more tedious and developers must constantly rewrite code. This is where the web frameworks come in.

With frameworks, for instance, instead of writing a wrapper around a database connection in every new project, developers can just pick a favorite framework and focus more on the business logic.

Before we look into five top Go web frameworks, let’s review a few reasons why Go is popular.

Static typing also finds hidden problems like type errors. For example, if I need to create an integer variable, the compiler now notes it is an integer and only accepts an integer. This makes it easier to manage code for larger projects.

A lot of developers have created production-ready packages on top of Go standard packages. These packages often become the standard libraries for specific features. For example, Gorilla Mux was created for routing by the community because the initial Go router is quite limited.

All Go-related packages are available on Github, such as MongoDB, Redis, and MySQL.

Development time for these frameworks is fast and simple. Packages are already available and can import easily, eliminating the need to write redundant code, which is a win for developers.

The only true con to be aware of when using Go frameworks is error handling. It is still difficult to handle errors in Go because it is cumbersome and noisy by returning errors with responses and its strict type makes it harder to write.

Gin is an HTTP web framework written in Go that is immensely popular with over 50k stars on Github at the time of posting.

Currently, it is most popular for building microservices because it allows a simple way to build a request-handling pipeline where you can plug in middlewares.

It also boasts of a Martini-like API and, according to Gin’s GitHub page, is 40x faster because of httprouter. Below are some of its amazing features.

Gin offers convenient error management. This means when encountering any errors during an HTTP request, Gin documents the errors as they occur:

It’s also incredibly easy to create middleware, which can be plugged into the request pipeline by creating a router with r := gin.New() and adding a logger middleware with r.Use(gin.Logger()).

You can also use a recovery middleware with r.Use(gin.Recovery()).

Gin’s performance is thanks to its route grouping and small memory. Gin’s grouping ability for routes lets routes in Gin nest infinitely without it affecting performance.

Its fast performance is also thanks to its small memory, which Gin uses or references while running. The more memory usage the server consumes, the slower it gets. Since Gin has a low memory footprint, it provides faster performance.

Finally, Gin provides support for JSON validation. Requesting with a JSON can validate required values, like input data from the client. These values must be validated before saving in memory, so by validating them, developers can avoid saving inaccurate values.

Gin is a simple, easy-to-use framework that, if you are just starting to use Golang, Gin has been voted the most ideal framework because it is minimal and straightforward to use.

For a jumpstart tutorial, you can check this link.

Beego is another Go web framework that is mostly used to build enterprise web applications with rapid development.

Beego has four main parts that make it a viable Go framework:

Because Beego focuses on enterprise applications, which tend to be very large with a lot of code powering a lot of features, a modular structure arranges modules for specific use cases, optimizing performance.

So, the framework provides a great modular structure for things like a configuration module, logging module, and caching module.

It also uses a regular MVC architecture to handle specific development aspects in an app, which is also beneficial for enterprise applications.

Namespace routing is supported by Beego as well, which defines where the Controller is located for a Route. Below is an example:

Route annotation lets developers define any component for a route target for a given URL. This means routes do not need to be registered in the route file again; only the controller should use Include.

With the following route annotation, Beego parses and turns them into routes automatically:

Then, register the Controller:

Iris is an Express.js-equivalent web framework that is easier to use for people coming from the Node.js community.

With over 20k stars on GitHub, Iris is most loved because of its simplicity and the ability to extend the framework with personal libraries quickly.

As discussed, one of Iris’s main features is that its fully accordant and flexible with external libraries, letting users pick and choose what they want to use with the framework

With a built-in logger for printing and logging server requests, users don’t need to use something external, cutting down the complexity of using Iris.

Like Beego, it provides MVC support for larger applications and its automated API versioning makes adding new integrations convenient by placing them in newer versions of the route.

Iris’s smart and fast compression provides faster performance, and testing is a breeze with the Ngrok integration, which lets developers share a local webserver with other developers for testing.

One great thing about this specific framework is that the author replies to issues on GitHub quickly, making it helpful when running into bugs.

Echo is another promising framework created by Labstack with 20k stars on GitHub. It is also regarded as a micro framework, which is more of a standard library and a router, and has fully-baked documentation for developers to use and understand.

This framework is great for people who want to learn how to create APIs from scratch, thanks to its extensive documentation.

Finally, it supports a variety of templating engines, providing the flexibility and convenience developers need when choosing an engine.

Created with the main focus of minimalism and the Unix philosophy to provide simple and modular software technology, the idea for Fiber was to allow new Go developers to begin creating web applications quickly.

Fiber boasts of a built-in rate limiter that helps reduce traffic to a particular endpoint. For example, this is helpful if a user tries to sign in to an account continuously and knowing that it might be malicious activity.

Its static files, like style sheets, scripts, and images, can be handled and served from the server, making them easily cached, consuming less memory, and the content remains static upon every request.

And its support for WebSocket bidirectional TCP connections is useful for creating real-time communications, like a chat system.

Like the other Go frameworks we’ve mentioned in this post, it has versatile middleware support, supports a variety of template engines, has low memory usage and footprint, and provides great documentation that is easy and clear for new users.

In this article, we looked at five top Go web frameworks. This list does not mean these are the best or indicates which you should choose. Your favorite might not be on the list but that does not stop it from being a better framework for you depending on your use case.

While some of these frameworks are inspired by others, some are built to cover areas others didn’t, and most of them have similar features, the best framework depends on your use case, so pick the framework that’s best for your Go project.

Victor Jonah Follow I am a Software Developer with over three years of experience working with JavaScript and its frameworks. I currently work as a remote software developer for a tech agency.
« Advanced techniques in Chakra UI
What’s new in React Native v0.65 »