11 alternative frameworks to Ruby on Rails 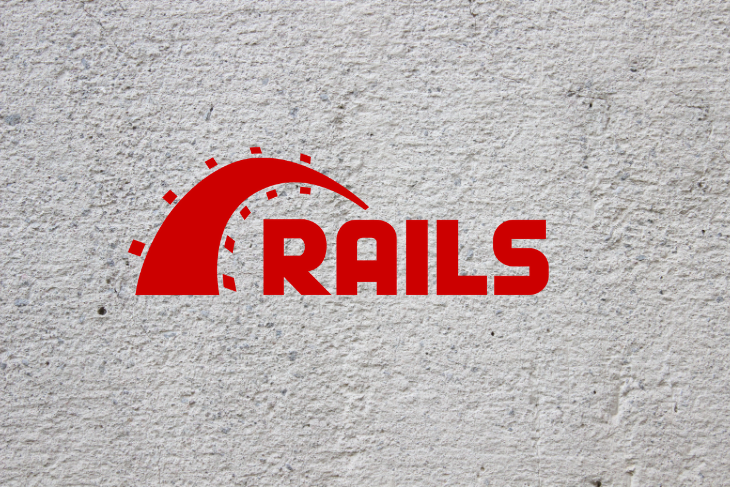 Ruby on Rails is a model–view–controller (MVC) framework of the Ruby programming language and has a wide range of use in developing backend applications.

Over the years, Ruby on Rails has grown to be one of the most popular frameworks for server-side development, and the recent 6.0.3.3 update aims to make it more secure than ever.

Pros of Ruby on Rails

Cons of Ruby on Rails

However, with technology constantly evolving, other frameworks have emerged, presenting alternative means of building and maintaining backend infrastructure. This article highlights 11 Ruby on Rails alternatives for those who prefer not to use Rails or want to use other technologies.

If you want an alternative that has a similar feel to Rails, Sinatra is one of the most popular choices available. Leveraging the Rack web server interface, Sinatra works by providing a domain-specific-language (DSL) that matches a route request to its corresponding block of Ruby code. If your application does not require the complexity of larger frameworks like Rails, Sinatra is one great option you can try.

With over 64,000 stars on Github as of September 2020, Laravel, which stemmed from Symfony (another Ruby on Rails alternative listed in this article) is one of the most popular frameworks for backend development available in 2020 — and this is not without good cause.

Laravel is arguably one of the best-documented backend frameworks and is an excellent choice for beginners and experts alike who want to build full-stack web applications and APIs. Aside from its thorough documentation, one of Laravel’s main selling points is its Eloquent ORM, a simple and performant object-relational mapper that helps simplify database related operations.

Django is an MVC framework of Python that is widely known for its ease of use and speed. With the large amount of tutorials available online, as well as over 51,000 stars on GitHub, the Django community is one of the most popular backend frameworks for web development.

Django’s “batteries-included philosophy” — meaning it includes common utilities rather than forces users to have third-party libraries — is another reason developers love this framework. For example, routing, authentication, ORM, database migrations, and templating are all included by default in the framework.

With over 23,000 stars on GitHub and counting, Symfony is a set of reusable components and utilities and a framework that shouldn’t be overlooked. Originally developed in 2005 by Fabien Potencier, Symfony has become the open-source framework of choice for thousands of developers around the world. Symfony uses the Doctrine toolkit as its ORM and is the base framework of other projects such as Drupal, phpBB, and Laravel.

Express.js is a web framework that helps make building apps with Node.js faster and more convenient. Express.js stems from the Node.js middleware Connect, so most things that work with Node.js will work in Express.js as well.

One advantage Express.js has over other frameworks is that it aims to be as un-opinionated as possible, meaning that it gives developers the freedom and flexibility of using any library or package they choose for a certain task and to organize their project structure as they deem fit.

Express.js is rated over 50,000 stars on its official GitHub repository and has quickly risen to become one of the most popular backend frameworks for building MVC- and API-based applications using Node.js.

Restify is an awesome REST API-first framework for Node.js that borrows heavily from Express.js. What this means is that while Express.js aims to serve both visual web browsers as well as APIs by bringing functionalities such as rendering and templating, Restify doesn’t because it was created mainly for designing and building strict API services that are conveniently maintainable and debuggable.

Netflix, Pinterest, and npm are a few examples of top companies using Restify to power some of their infrastructures, and with almost 10,000 stars on GitHub since its creation in 2011, it looks like Restify is here to stay.

Flask is a WSGI framework that helps users start building web applications using Python and allows them to scale to more complex applications. Flask, when compared with Django (its closely related counterpart) is lightweight and proves to be un-opinionated as it does not enforce dependencies or the layout of a project. Instead, it merely provides suggestions for best practices. It has 52,000 stars (surpassing Rails by about 5,000 stars) on GitHub, and Flask’s popularity has risen since its initial creation in 2004 by Armin Ronacher of Pocoo, an enthusiastic group of Python developers.

Yii (an acronym for “Yes It Is” ) framework is an object-oriented framework PHP that proves to be fast, elegant, and secure in the development of web applications using the MVC pattern.

Koa is designed by the team behind Express.js. It “aims to be a smaller, more expressive, and more robust foundation for web applications and APIs,” according to its website. This web framework leverages async functions, allowing users to ditch callbacks and improve error handling. It doesn’t bundle any middleware and it “provides a suite of methods that make writing servers simple, fast, and enjoyable.”

Since its first publication on npm in 2013, Koa has had over 30,000 developers star its official GitHub repository, about 20,000 short of its predecessor, Express.js.

ASP.NET MVC is an open-source framework from Microsoft that combines the best features from ASP.NET with the immense benefits of the MVC architecture. It enables you to create clean model classes that can easily be bound to your database. With ASP.NET, developers declaratively define validation rules, using C# attributes, which are then applied on the client and server.

ASP.NET offers support for many database engines like MySQL, SQLite, SQL Server, PostgreSQL, etc., as well as including non-relational stores like MongoDB, Redis, Azure Cosmos DB, and more. ASP.NET is a wonderful alternative to Ruby on Rails if you want to explore something Windows-based yet incredibly fast.

If you have any experience with Laravel, chances are high that you’ll notice a huge similarity in both of these MVC frameworks. Adonis is inspired by Laravel. This is easily seen in its emulation of Laravel’s dependency injection principles as well as in its folder structure, which aims to help make development smoother and more maintainable. Adonis currently has amassed over 8,000 stars on GitHub since its creation in 2015.

Ruby on Rails is immensely powerful and efficient, but there are also many alternatives for you to try if you’d like to be familiar with other frameworks. Which of these Ruby on Rails alternatives have you used?

Oluwaseun Raphael Afolayan Follow Developer and digital growth hacker. Saving the world one paragraph at a time. Aspiring ethical hacker and a WordPress evangelist.
« Using Vue Composition API in React functional components
11 database drivers and ORMs for Rust that are ready for production »

2 Replies to “11 alternative frameworks to Ruby on Rails”