Why you don’t need Babel 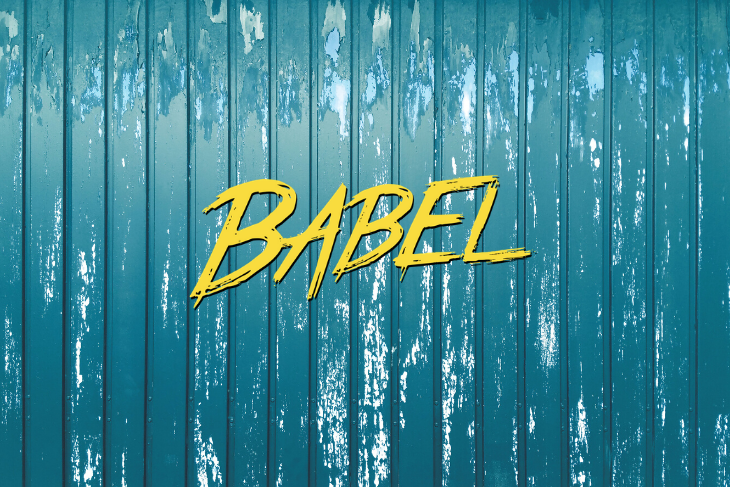 In 2020, frontend developers are still wasting a lot of time with excessive tooling. Babel is seen by some as a necessity, but I aim to show you that it’s not.

By the end of this article, you will know:

What is Babel and what problem does it solve?

Babel is a compiler that converts your modern JavaScript to run in older browsers. It can also perform other jobs such as converting JSX syntax, but it is not the only tool for that.

As browsers evolve, new APIs and ECMAScript features are added. Different browsers evolve at different speeds and prioritize different features. This leaves us with a tricky problem to solve: how can we support them all and still use modern features? Some will be incompatible.

A common solution is to write using the latest features and transpile down to older-style code the browser will understand. Transpiling describes a specialized type of compilation. It has different meanings in different contexts. In our case, there are also two separate parts to transpiling.

The difference between transpiling and polyfilling

Transpiling is the process of converting newer language syntax that old browsers can’t understand into the old syntax they recognize.

Here is an example of transpiling the let statement:

Polyfilling is the process of adding the missing methods, properties, or APIs to the old browsers by supplying your own version of the missing native code.

It can be thought of as filling in the gaps. For example, here is a polyfill for isNaN:

Transpiling and polyfilling are sometimes impossible and can add a lot of code bloat, it’s best to avoid them altogether if possible. That is why the first alternative we’re going to discuss is the best one.

If users would just upgrade their browsers, we could avoid the hassle of transpiling and they could enjoy the enhanced features and performance of the new browser. Unfortunately, things aren’t that simple.

The main culprit is large corporations having to support legacy software. The classic example is Internet Explorer, which has been a blight on web development from the beginning.

To determine whether you have to support a particular browser, ask yourself the following questions.

1. Which browsers are your customers currently using?

If you already have a website or app that serves the same customer base, you can get this information from the analytics software. Below are some recent statistics from a UK-based sound engineering website I’m managing. If it were a JavaScript application with the same customers demographic, I would assume they would be using the same browsers. 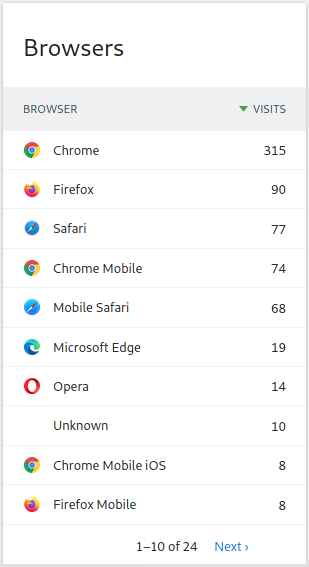 If you don’t have analytic software installed, you won’t know which browsers you need to support. You’ll have to make an educated guess. If you have corporate customers, it’s far more likely you’ll need to support IE11 than if you’re marketing to web-literate technology fans.

When you support a browser, you make a commitment. Do you really want to have additional tests on every release, additional build tooling to configure, and extra dependencies to babysit?

There must be a clear financial reason to go to through all this bother. Will losing those customers who can’t access your site or app cost more than it would to support the browser?

2. Which modern browser features do you want to use?

If you’re happy writing ES5 and using XMLHttpRequest(), you definitely don’t need Babel, but you might need some kind of therapy.

3. Which modern browser features do your customers’ browsers support?

This data is available on via Can I use, but it’s a waste of time to manually look it up. Now that you know the names of the browsers you want to support, looking up compatible features can be automated with the awesome Browserlist application (more on this in the next section).

You can avoid the entire transpiling process altogether and instead allow your code editor to alert you if you’re using any features that are too modern for your customers’ browsers. This is the simplest option because it:

If there’s a modern feature you can’t live without, you can manually polyfill it. Otherwise, you can just use the older syntax when needed.

Before we can break down the pros and cons, we need to confirm that our Babel alternatives can do the same basic job. Let’s create a small test.

Below is the modern code we want our target environment to support once transpiled.

After the transportation, there’s a console.assert for each function to verify it’s working as intended. In the case of eslint-plugin-compat we’ll instead check that the incompatible code is being flagged in the linting.

We need a workaround for linting both language features and browser APIs together.

You can use eslint to check for the language syntax. To do that, change the env property down from es2020.

To check browser API compatibility, use eslint-plugin-compat. It uses the same Browserlist config used by Babel and other tools.

Full instruction can be found in the eslint-plugin-compat repo. We’ll use the browserlist defaults preset to use the default settings. Replace this with your own selection based on your analytics.

Browserlist automatically selects a list of browsers based on various criteria you give it.

Have a look at the list of browsers supported by the defaults setting for browserlist. defaults is a shortcut for:

Head to GitHub for the full list of queries available to choose your supported browsers.

Add the following packages to your project.

Add the following to package.json.

Create the following .eslintrc.json file or add these settings to your current one.

Make sure you have the VS Code ESLint extension installed

Now any browser API that is incompatible with the browserlist config in your package.json is shown as a linting error. You can separately control which version of ECMAScript you want to support using the env property in the .eslintrc.json file.

It would be nice if the eslint-plugin-compat automatically linted the language features as well, but this is currently an open issue.

With the IE 11 setting selected —

Change the env property to es6.

You’ll immediately see an error trying to use nullish coalescing, which was released as part of Es2020.

Alternative No. 3: Use other software to replace Babel

Before we look at alternatives, let’s quickly review how to use Babel.

Using Babel to transpile and polyfill

First, create a mini-project directory and install the dependencies we need.

Add the following to your package.json.

Write the test.js file into src, and then issue the following command.

Finally, run the file to check that the tests still work.

There should be no assertion errors, but it will say fetch is not defined since Node.js has no fetch() method. Here is the resulting transpiled code. Observe all the extra cruft and bloat added.

The pros and cons of using Babel

Using swc to transpile and polyfill

swc is a new competitor to Babel. It is written in Rust and up to 20 times faster. This can be very important if you find yourself waiting a long time to build your project.

Add the following to your package.json.

Write the .swcrc config file into the project root.

Write your test file into src, then issue the following command to transpile.

Run the resulting file to check that the tests still work.

The pros and cons of using swc

I did not include Google Closure Compiler as an option because it’s notoriously complicated to use. That said, it can do a good job of transpiling and polyfilling. If you have some spare time on your hands, I recommend you check it out — especially if you value small file sizes since its built-in minification is demonstrably superior.

You can also use TypeScript to transpile and core-js to manually polyfill, but this is a clumsy solution that could easily create more problems than it solves.

You don’t automatically need to support old browsers. It’s important to first look at your analytics data to see which browsers your customers are actually using.

If necessary, you can use linting to ensure backward compatibility. This will save you the hassle of creating a special build step and relying on transpilation.

If you do opt for automatic translating, then SWC is much faster than Babel and contains far fewer dependencies. There is also the option to use Google Closure Compiler or TypeScript, but these will require a bit more work to configure.

2 Replies to “Why you don’t need Babel”