Agustinus Theodorus Follow I'm a software architect, automation enthusiast, and an avid researcher. I have experience in architecting robust automated systems, and my solutions have been published by Microsoft and IEEE, among others.

How to use configurable module builders in NestJS v9 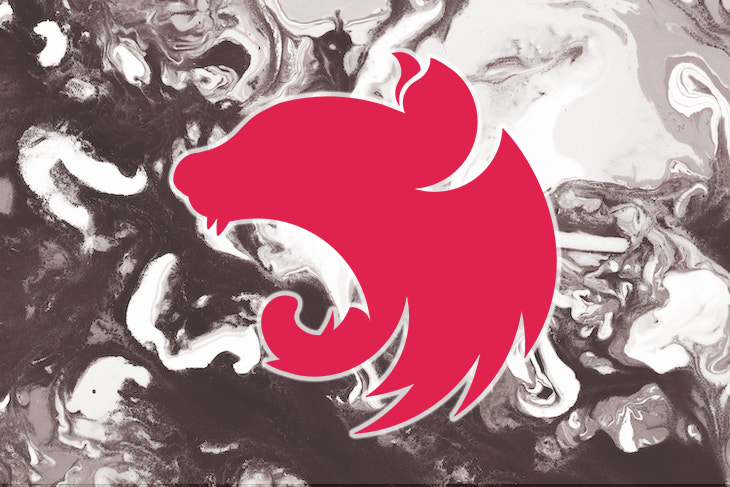 NestJS is a web framework built exclusively in TypeScript. Most experienced developers will recognize something familiar in NestJS; it’s a strong, object-oriented programming model, and its syntax is very similar to another framework, Angular.

NestJS code often forces you to create an optimal design pattern. Developers transitioning to Node.js and TypeScript from a Java or ASP.NET background will quickly appreciate how NestJS is structured. Concepts like dependency injection, encapsulation, classes, and class annotations or decorators are all available in NestJS.

In NestJS, creating a custom module to reuse is quite simple and is, above all, encouraged. Encapsulating a module into small, reusable chunks will help to increase the development speed of a NestJS application. And, if you decide to release those modules into the wild as open source packages, you’ll get some brownie points.

In this article, we’ll explore modules in NestJS, creating our own basic, configurable module. To follow along, you can access the full code on GitHub. Let’s get started!

What is a NestJS module?

A module is a set of code encapsulated to be injected into a NestJS application. You can use modules to create custom services that are meant to perform specific tasks. For example, TypeORM is a TypeScript-based ORM. The NestJS team created a module that will inject an open database connection, allowing for database commands and queries from the injected module.

Instead of having strictly defined dependencies for each class, you can use an interface to specify a sort of contract of how your dependency should behave while having no literal definition of how it should run. Finally, a decoupled architecture allows for versatile applications and creates a plug-and-play behavior for each module in the application.

By default, NestJS modules are singletons, meaning you only need to initiate a module once. While creating singletons for every module can seem excessive from an engineering point of view, NestJS initializes singletons on a component level.

In NestJS, there are three injection scopes of modules:

By default, most NestJS modules are application-level modules, also known as globally shared modules. But, not every module can be a global module. Some of them need to remain transient or request-level modules.

For example, if you need an application-level, read-only module, your best bet is to use globally shared modules. Data stored within the module won’t change often, so it can be deferred as an application-level singleton to conserve memory and create a globally accessible class. Modules with the @Global decorator remove redundancy in both code and component levels since you don’t need to reinitialize the module.

To better understand state preservation on a modular level, if you have a constant within a module with either a transient or request scope, it will be an immutable variable until the module destroys it on garbage collection. However, when using a global module spanning the entire application, it will be destroyed only at the end of an application’s lifetime.

Another thing to be cautious about when using singletons is the data race problem. Node.js is not immune to data racing conditions, and neither is NestJS.

But, why can’t the same be said of transient component-level modules? At the component level, the encapsulation barriers only extend to the component’s needs. Each transient module provider will have a dedicated instance. The separation of concerns at the component level is usually more granular, making it more predictable than in large-scale applications. The same can be said for the request-level singletons, albeit on a smaller scale.

In summary, there are three injection scopes of modules in NestJS:

Each has its benefits and disadvantages, with data racing being the most common problem for global modules. Most global modules should be read-only, and NestJS will only set the original state once during initialization.

Keep in mind that the data race condition is only limited to the state of each independent module. Modifying data in external applications like databases should not be a problem since databases have their own data race solution.

Default NestJS modules are static and are unconfigurable. Configurable model builders are essentially dynamic module factories that can churn out different modules based on the variables passed on initialization.

Before you get started with a configurable module, you need to understand the basics of dynamic modules. Their use cases typically revolve around creating non-static modules that can receive parameters from external APIs to change how the module behaves, specifically, how each module processes data.

For example, let’s imagine that you create a module for querying data from databases, but you don’t want to hardcode it for specific database providers. How do you solve the problem?

The underlying business logic will still be the same, but the database providers will change according to the one you supplied on initialization. Therefore, your module will no longer be static and will instead be dynamic. This is essentially why all configurable modules are dynamic modules under the hood.

As an example, we’ll create a custom NestJS module that reads data from the .env file using the process.env API in the dotenv package. The module will function as a configurable proxy that you can use within your projects: 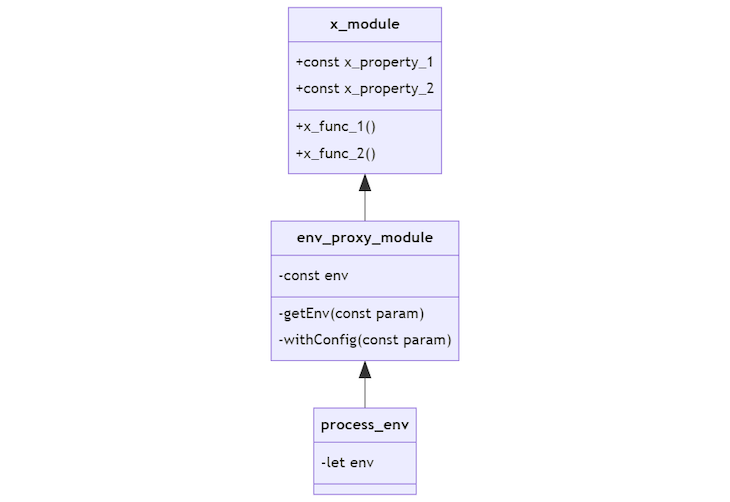 The architecture of the proxy module will seem redundant because you can access the process.env variable directly without dependency injection. But, for the sake of simplicity, you’ll use this architecture to fully grasp how NestJS modules work.

Your proxy module will retrieve the process.env on initialization and store it in its env property. A NestJS module is a singleton by default, so you only need to initialize it once. You can execute the getEnv function to retrieve your env variables. It will function as a getter to the dynamic env property.

You can add a function on initialization to accept parameters and create a dynamic module, making it configurable. In this case, the withConfig function will be the configurable init function.

How to create a basic configurable NestJS module

Install the @nest/cli globally with the command below:

Then, generate a new NestJS app:

You can choose your preferred package manager, but in this tutorial, we’ll mainly use Yarn. You can see the code you generated so far by going to the step-1 branch.

The new NestJS project has all the modules on one level; you need to refactor it before you can continue. Copy the module, controller, and service into a folder called api-modules and rename all the file and variable names from App to Api.

Create a new AppModule file and inject the ApiModule in the imports as follows:

If you’ve failed to follow along, check the step-2 branch in the repository. Now, you can start creating the process.env proxy module. You need the dotenv package to access .env files, so install the dependency by running the command below:

Notice that the @Global decorator is used to automatically inject the module’s exports to any child of the injected component. You don’t have to repeatedly import the EnvProxyModule on every module. Instead, you only need to add it as an import in the main AppModule:

Then, create the service file, env-proxy.service.ts:

To test the EnvProxyModule, you can create an .env file with a DATA parameter inside:

Try the module out by returning the environment variable on a GET request:

Open your browser and go to localhost:3000. You should get a “Hello, World!” text in return. You can see the full code for this step in the step-3 branch.

We’ve created a simple module, but it’s not configurable yet. You can use the ConfigurationModuleBuilder to do so. The ConfigurableModuleBuilder is a new feature provided in NestJS v9, and its purpose is to reduce the amount of boilerplate code you need to write to create a configurable dynamic module.

The EnvProxyModuleOptions interface represents the object you pass through the config file on initialization. In this case, you’ll pass an array of the environment variables you want to exclude from the module.

Continue to the EnvProxyService class and implement the following code:

On the AppModule imports, add a register function and insert a EnvProxyModuleOptions:

The module will exclude the DATA variable to check whether or not the exclusion is working. Edit the ApiService as follows:

When you visit localhost:3000, you’ll get Hello World2.

If your configuration is more sophisticated than the previous example, you can rely on the factory pattern instead:

useFactory allows you to call asynchronous code to help you configure your builder. You can find the final asynchronous example on GitHub.

NestJS is an object-oriented web framework built in TypeScript. NestJS uses strong object-oriented principles under the hood and offers many functions, including dependency injection, classes, class annotations via decorators, and strong encapsulation.

State management in NestJS varies on the modular level. Most modules’ encapsulation is limited to the component level, while few have global shared states on the application level. All NestJS modules use singletons under the hood. If not made properly, having shared modules that you can use globally can cause data race conditions.

Most shared modules should be read-only, but there are some cases where shared modules are practical, logging and connecting to a message queue. Otherwise, you’ll only need modules on the component level.

Writing custom NestJS modules is quite straightforward. You can access the code samples on GitHub, and you can use the different branches to navigate each stage of the project. I hope you enjoyed this article, and leave a comment if you have any questions. Happy coding!

Agustinus Theodorus Follow I'm a software architect, automation enthusiast, and an avid researcher. I have experience in architecting robust automated systems, and my solutions have been published by Microsoft and IEEE, among others.
« The basics of lighting in Unity
What is the AARRR (aka pirate metrics) framework? »