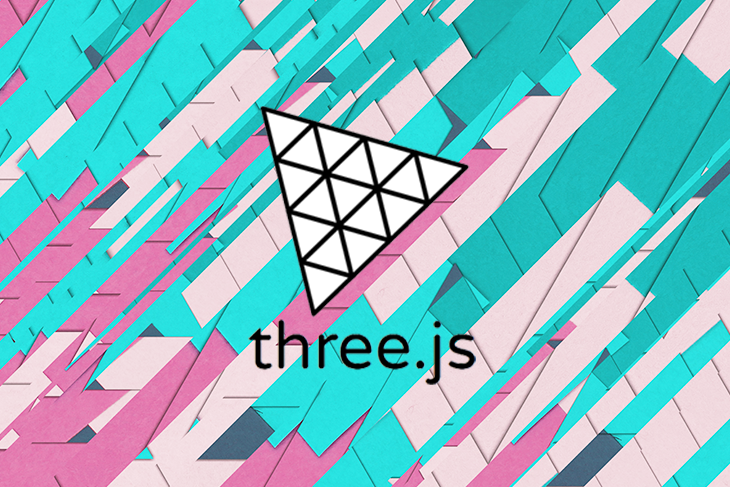 Among the millions of games produced each year are some extraordinary web-based games. Browsers are becoming more sophisticated and powerful every day, making it more and more possible to create stunningly realistic 3D and 2D games for the web browser.

In this tutorial, we’ll demonstrate how to create geometries and materials for styling geometries in Three.js.

Three.js is one of the powerful game libraries for creating web-based games. It is a cross-browser JavaScript library and API designed to help you build and display 3D animations in the browser using WebGL — anything from simple 3D patterns to photorealistic, real-time scenes.

Three.js enables you to apply textures and materials to your objects. It also provides various light sources to illuminate your scene, advanced postprocessing effects, custom shaders, etc. You can load objects from 3D modeling software to use in your game.

For a deeper dive to help you get started, check out this beginner’s guide to Three.js for game developers.

Three.js is very easy to start with. First, get the minified Three.js file from https://mrdoob.github.com/three.js/build/three.min.js. Then, add it to the src attribute in the script tag:

With this, Three.js is initialized and ready to go.

Geometries are used to create and define shapes in Three.js. A geometry is an instance of the Three.Geometry class.

A shape is defined by faces and vertices. A vertex defines the position of points in space. A face represents the surface of a shape.

For example, a cube has six vertices (edges) and six faces. To draw a cube on a grid, we have to first map out the position of the six vertices and then connect them with a line. This creates the surfaces of the cube and defines the shape/geometry. You can create all kinds of other shapes — polygons, cylinders, pyramids, etc. — with this same method.

To create a Cube in Three.js, use Three.CubeGeometry.

The first param is the width of the cube. The second and third params are the height and depth of the cube, respectively. Here, we gave them the same value: 20. 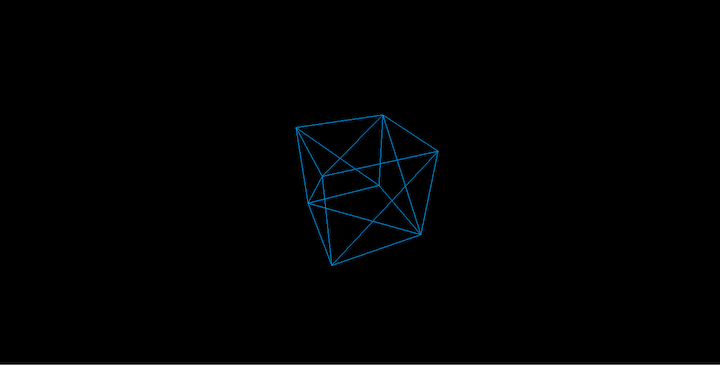 CubeGeometry has three other arguments:

The above sets the width, height, and depth segments to 2, so they will be split into two sides.

A value of 3 will split the surface into three smaller sides.

If you don’t specify the arguments, they have a default value of 1, so the surface has one side.

In Three.js, Three.SphereGeometry creates a sphere.

The above will create a sphere with a radius of 20.

This is the number of horizontal and vertical segments into which the sphere should be divided. The 8 param represents the horizontal segment division. The sphere will be divided into eight segments and its vertical axis into five segments.

To create a cylinder in Three.js, use the Three.CylinderGeometry.

We can set the number of edges connecting the top and bottom faces down the curved surface. This is called the radiusSegments, and it goes in as the fourth arg. The default value is 8.

This will divide the top and down faces into nine segments:

We can also set the number of rings of faces around the curved surface. This is called heightSegments. It goes as the fifth argument with a default value of 1.

This will divide each face of the curved surface into two segments:

You can determine whether the ends of the cylinder are open or closed. It’s a boolean: true makes it open while false makes it closed. This goes in as the sixth arg. The default value is false.

This will render a cylinder with open ends.

TorusGeometry generates a tubelike shape. The Three.TorusGeometry class is what we use to generate the shape.

The above will generate a torus shape:

The third arg represents the radial segments, which are set to 8 by default. The fourth sets the tubular segments to 6 by default.

We have seen basic 3D geometrics. We can also create and render 2D geometry in Threejs.

In addition to 3D geometrics, you can create engaging 2D shapes in Three.js, such as planes, circles, and rings.

To create a plane in Three.js, we’ll use Three.PlaneGeomerty.

The first parameter is the width of the plane. The second represents the height.

The above will create a 2D plane with 20 units wide and high.

PlaneGeometry‘s third and fourth arguments specify the number of segments the width and height of the plane, respectively, can have.

This will divide the plane into three rows and three columns.

To create a circle in Three.js, you can use the THREE.CircleGeometry class.

The above creates a circle shape with a radius of 20 units.

As you can see, the circle is subdivided into eight sides. A second arg to the THREE.CircleGeometry constructor allows us to set the number of sides for the circle to be divided into. The default value is 8.

The above creates a circle divided into 10 parts.

The command above creates a ring with an inner and outer radius of 20 units each.

We can set radial segments and ring segments in the ring’s shape.

Just as we created 3D and 2D geometrics, we can also render text in Three.js. Font .js files from Three.js must be included in the page before Three.js can render text.

For example, the code below adds the Helvetica font to the page:

To create and render text in Three.js, we’ll use THREE.TextGeometry.

The first param is the text we want to render. Here, I set my name: “Nnamdi Chidume.”

The second param is an object with options we set on our text. Here, we set the size and height of the text to be 30 and 20, respectively. We also set the rendering font to be Tahoma.

There are several additional options we can set, including:

Materials manage the texture and color of objects in Three.js. A material covers an object, the colors, or textures on a surface.

To use an analogy, materials are like the clothes we wear. Whether you wake up and choose to put on a polo shirt, jeans, a suit, skirt, blouse, traditional garb, etc., the point is to add some pizazz to your normal appearance. Materials are like snazzy clothes for your objects in Three.js.

Three.js provides a plethora of materials, including:

The above are all child classes of the MeshMaterial.

MeshBasicMaterial is used to display a solid color or a wireframe.

The above displays a solid color of blue.

This displays a wireframe with a line width of 2.

Sometimes it’s hard to distinguish between two adjacent, unlit surfaces of the same color. For example, here’s a sphere with a solid display:

It would be difficult to see the solid appearance of the sphere; although it appears as 2D, it should be 3D.

Basic materials are not affected by lighting.

Nothing will be shown, everywhere will be black. This is because there is no light in the scene.

Here, we added light to the scene and pointed it toward the sphere object. The sphere with Phong material will be visible.

The sphere with Lambert material will appear but less shiny than the Phong material we saw in the last section.

This material is great for distinguishing surfaces in objects or objects’ shapes — especially for objects with solid-colored, unlit surfaces that are difficult to tell apart.

It will be difficult to see the shape of the sphere surface. If we change the material to normal material, the surface will be distinguishable.

MeshNormalMaterial uses the magnitude of the x/y/z values of the faces’ normal vectors to calculate and set the red/green/blue values of the colors displayed.

The variations of coloring done by this Normal material enables us to see the shape of an unlit, same-colored object.

MeshDepthMaterial renders the object in shades of grey. Its brightness is dependent on its distance from the camera.

Chidume Nnamdi Follow I'm a software engineer with over six years of experience. I've worked with different stacks, including WAMP, MERN, and MEAN. My language of choice is JavaScript; frameworks are Angular and Node.js.
« Vue.js simplified: Components, props, and slots
A guide to SAP Spartacus »