The history and legacy of jQuery 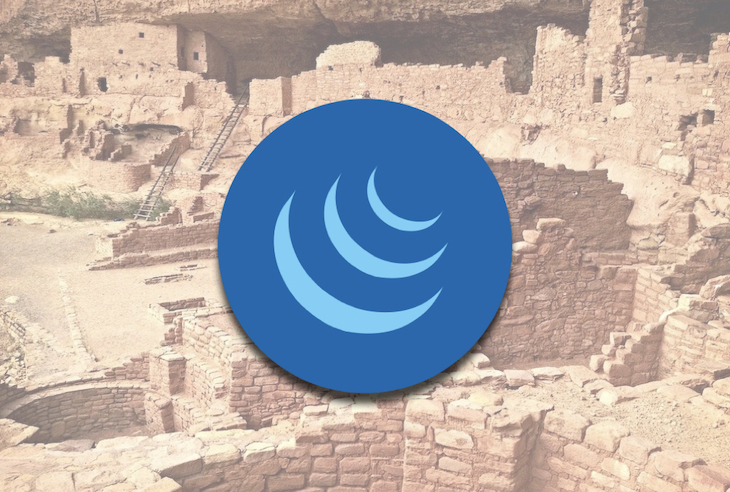 jQuery is the most widely used JavaScript library in the world. The web development community embraced it in the late 2000s, creating a rich ecosystem of websites, plugins, and frameworks that use jQuery under the hood.

But in the past several years, jQuery’s status as the number one tool for web development has diminished. Let’s take a look at why jQuery became popular, why it has somewhat fallen out of favor, and when it would still be a good choice for a modern website.

A brief history of jQuery

John Resig developed the initial version of jQuery in 2005 and released it in 2006 at an event called BarCampNYC. On the original jQuery website, he wrote:

jQuery is a Javascript library that takes this motto to heart: Writing Javascript code should be fun. jQuery achieves this goal by taking common, repetitive tasks, stripping out all the unnecessary markup, and leaving them short, smart and understandable.

jQuery had two main value propositions. The first was to provide an ergonomic API for manipulating a webpage. In particular, it provided powerful methods for selecting elements.

The selection engine was eventually extracted into its own library called Sizzle.

The second selling point was that it abstracted away differences between browsers. Back then, it was hard to write code that would work robustly on all browsers.

A lack of standardization meant that developers had to account for many different browser behaviors and edge cases. Just take a look at this early jQuery source code, and search for jQuery.browser to see some examples. Here’s one:

By using jQuery, developers could leave it up to the jQuery team to deal with these pitfalls.

Later on, jQuery made it easy to adopt more sophisticated techniques, like animations and Ajax. jQuery virtually became a standard dependency for websites. It continues to power an enormous part of the internet today. W3Techs estimates that about 74 percent of all websites use jQuery.

However, jQuery has declined in popularity in recent years. GitHub removed jQuery from their website’s front end, and Bootstrap v5 will drop jQuery because it is Bootstrap’s “largest client-side dependency for regular JavaScript” (it’s currently 30KB, minified and gzipped). Several trends in web development have weakened jQuery’s standing as a must-use tool.

Browser differences and limitations have become less important for several reasons. The first is that standardization has improved. The major browser vendors (Apple, Google, Microsoft, and Mozilla) collaborate on web standards through the Web Hypertext Application Technology Working Group.

While browsers still differ in significant ways, the vendors at least have a method to find and develop common ground rather than waging nonstop war with each other. Accordingly, browser APIs have become more capable. For example, the Fetch API can replace jQuery’s Ajax functions:

Manipulating element classes can be done with classList now:

The You Might Not Need jQuery website lists several more cases in which jQuery code can be replaced with native code. Some developers always reach for jQuery because they just aren’t aware that these APIs are available, but as developers learn about them, they become less reliant on jQuery.

Using native capabilities can also improve the performance of a webpage. Many jQuery animation effects can now be implemented much more efficiently with CSS.

The second reason is that browsers are updated more quickly than in the past. Most browsers now have an evergreen update strategy, with Apple’s Safari being the main exception. They can update themselves silently without user intervention and aren’t tied to operating system updates.

This means that new browser functionalities and bug fixes get adopted by users more quickly, and developers don’t have to wait as long for Can I Use usage percentages to reach acceptable levels. They can confidently use features and APIs without loading jQuery or polyfills.

The third reason is that Internet Explorer is getting closer to being fully irrelevant. IE has long been the bane of web developers everywhere. IE-specific bugs were notoriously common, and because IE was the dominant browser of the 2000s and lacked evergreen updates, older versions stubbornly hung around.

Microsoft sped up IE’s deprecation, ending support for IE 10 and below in 2016, leaving IE 11 as the last supported version. It is becoming more common that web developers have the luxury of ignoring IE compatibility.

Even jQuery dropped support for IE 8 and below with the release of version 2.0 in 2013. While some special circumstances like legacy websites still require IE, these situations are becoming rarer.

A plethora of web frameworks have emerged since jQuery’s release, with some of the current front-runners being React, Angular, and Vue. These frameworks have two significant advantages over jQuery.

The first is that they make it easy to break up a UI into components. They are designed to handle rendering a page as well as updating it. jQuery is typically only used for updating a page, relying on the server to provide the initial page.

React, Angular, and Vue components, on the other hand, allow for a tight coupling between HTML, code, and even CSS. In the same way that we might break a codebase down into multiple self-contained functions and classes, breaking a UI down into reusable components makes it easier to build and maintain a complex website.

The second advantage is that the newer frameworks encourage the declarative paradigm, in which the developer describes what the UI should be like and leaves it up to the framework to make the changes necessary to get there. This approach is in contrast to the imperative approach that is characterized by jQuery code.

With jQuery, you explicitly write the steps to make any changes. With a declarative framework, you say, “Based on this data, this is what the UI should be like.” This can significantly reduce the amount of mental bookkeeping you have to do to write bug-free code.

When to use jQuery

So when should we choose to use jQuery?

If the project in question is expected to grow in complexity, it’s best to start with a different library or framework that will allow you to sanely deal with that complexity, such as by breaking the UI into components. Using jQuery for such a website can be fine at first, but it can quickly evolve into spaghetti code, where you aren’t sure what code affects what parts of the page.

I’ve dealt with this before, and the situation produces a feeling of uneasiness whenever you want to make a change. It’s hard to be sure that you aren’t breaking anything because jQuery selectors depend on HTML structure that is produced by the server.

On the other end of the spectrum, you have simple websites that only need a small amount of interactivity or dynamic content. For these cases, I would still default to not using jQuery because we can do much more now with native APIs.

Even if I did need something more powerful, I would look for a specific library for the use case, such as axios for Ajax or Animate.css for animations. Using libraries like these is generally more lightweight than loading the entirety of jQuery for just a bit of its functionality.

I think the best justification for using jQuery is that it provides comprehensive functionality for powering the front end of a website. Instead of having to learn all the various native APIs or special-purpose libraries, you can read just the jQuery documentation and immediately be productive.

Its imperative approach doesn’t scale well, but it’s also more straightforward to learn than the declarative approach of other libraries. For a website with a clearly limited scope, it’s reasonable to drop in jQuery and move on; it doesn’t need any sort of sophisticated build or compilation process.

jQuery, then, is a good choice when you are reasonably confident the website won’t become much more complicated, and you don’t want to bother with native functionality, which can certainly be more verbose than the equivalent jQuery code.

Another use case emerges when you must support old versions of IE. In that case, jQuery serves as well as it did when IE was the dominant browser.

jQuery isn’t going away anytime soon. It’s under active development and plenty of developers prefer using its API even when native methods are available.

It has helped a generation of developers make websites that work on every browser. While it has been supplanted in many respects by new libraries, frameworks, and paradigms, jQuery played a huge, positive role in making the web what it is today.

Barring a significant change in jQuery functionality, it seems likely that jQuery will continue to experience a slow but steady decline in usage in the next several years. New websites tend to be built from the beginning with more modern frameworks, and the good use cases for jQuery are becoming rarer.

Some people are unhappy with the rate of churn in web development tooling, but to me, that is a sign of rapid progress. jQuery gave us better ways to do things. Its successors have done the same.

Danny Guo Follow Hacking away on sublimefund.org.
« Learn these keyboard shortcuts to become a VS Code ninja
How to set up a TypeScript + Gatsby app »

3 Replies to “The history and legacy of jQuery”