Janice Muia Follow I am a full-stack developer based in Nairobi. From time immemorial, I have always enjoyed research and tinkering with technology. I came across software programming while doing legal research, and since then, I have had the stubborn desire to be a maker and part of the change I would like to see in the world. 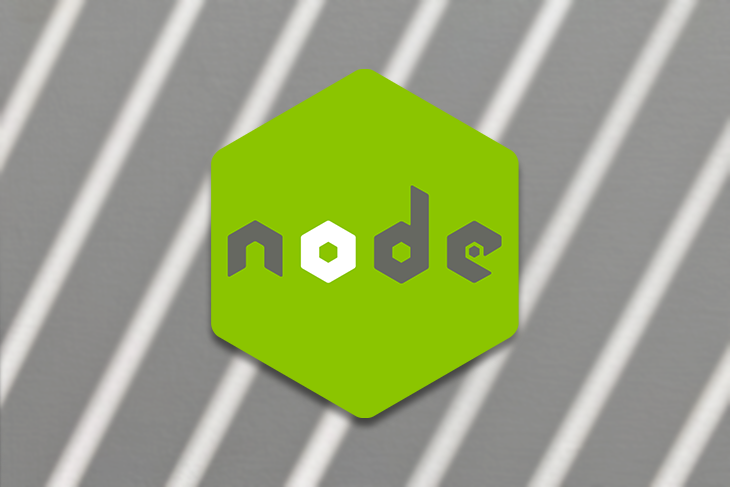 Node.js is an an open-source, cross-platform JavaScript runtime built on the Chrome V8 engine. Runtime is the final phase of the program lifecycle during which the program is running as the machine executes the program’s code.

For Node to be effective in runtime, it uses an event-driven, non-blocking I/O model that makes it lightweight and efficient, perfect for data-intensive, real-time applications that run across distributed devices. In this article, we look at the different ways in which the machine will execute code.

Node.js uses an asynchronous event-driven design pattern, which means that multiple actions are taken at the same time while executing a program. For example, if there are two endpoints that follow one another in the program, the server will move one to make a request to the second endpoint without waiting for the first to return data.

All this is possible thanks to Node’s events mechanism, which helps the server to get a response from the previous API call; this is the asynchronous programming model in a nutshell.

On the other end of the spectrum is synchronous programming, where a single action is taken at a time. This means that as one task is waiting for a response, you cannot call another since the execution of all other parts of the program are blocked from being executed.

Concurrency requires proper allocation of resources to work efficiently, while parallelism involves broken bits of the program working independently to achieve the same task. An example of concurrency is the fact that you can download an image while being able to post a reply on the same image.

Parallelism, on the other hand, is achieved through the use of the Web Workers API. Web Workers are probably the only way to achieve “true” multi-processing in JavaScript. We say “true” here because with setInterval(), setTimeOut(), XMLHttpRequest, async/await, and event handlers, we can mimic parallelism.

Async callbacks are functions that are specified as arguments when calling a function, which will start executing code in the background. When the background code finishes running, it calls the callback function to let you know the task is completed. An example is addEventListener():

The containing function is responsible for executing the callback function when the time comes. Instead of immediately returning some result, like most functions, functions that use callbacks take some time to produce a result.

Asynchronous JavaScript using callbacks isn’t very intuitive, and it can be difficult to get right. Here’s a classic example of so-called callback hell:

One reason this happens is because programmers may lean towards writing code in such a way that execution happens visually from top to bottom.

Promises to the rescue

Promises help make situations like the chaos above much easier to write, parse, and run. A promise will return a value at some point in the future of a program. For example, due to security and privacy reasons, every time you make a video call, the person on the receiving end is required to grant video access for the call to go through:

When the function is called, the status message "Ringing…" will be sent. Thereafter, getUserMedia will be called instead of waiting for the user, getting the chosen devices enabled, and directly returning the MediaStream for the stream created from the selected sources. getUserMedia() returns a promise, which is resolved with the MediaStream once it’s available.

Basically, as long as the app doesn’t know the connection has been made, the phone will keep ringing. Only when it knows whether the phone has been connected or the catch block has been called will it stop.

It is also important to look at async/await functions when it comes to promises. Async functions are declared with the async keyword. The async and await keywords enable asynchronous, promise-based behavior to be written in a cleaner style, avoiding the need to explicitly configure promise chains.

In the above sign-in endpoint, in order to get the result, the function awaits the data. Async functions can contain zero or more await expressions. Await expressions suspend progress through an async function, then resume progress only when an awaited promise-based asynchronous operation is either fulfilled or rejected.

There are various ways to handle async operations in parallel in Node.js. First and foremost, you can use promises, as discussed above.

You can also make use of a third-party library, like the async npm package, which will ensure that you do not end up causing callback hell. You can install it using the following command:

Janice Muia Follow I am a full-stack developer based in Nairobi. From time immemorial, I have always enjoyed research and tinkering with technology. I came across software programming while doing legal research, and since then, I have had the stubborn desire to be a maker and part of the change I would like to see in the world.
« The latest features of CSS in 2021
Using ES modules in Node.js »

One Reply to “Parallelism, concurrency, and async programming in Node.js”