panic! vs. error in Rust 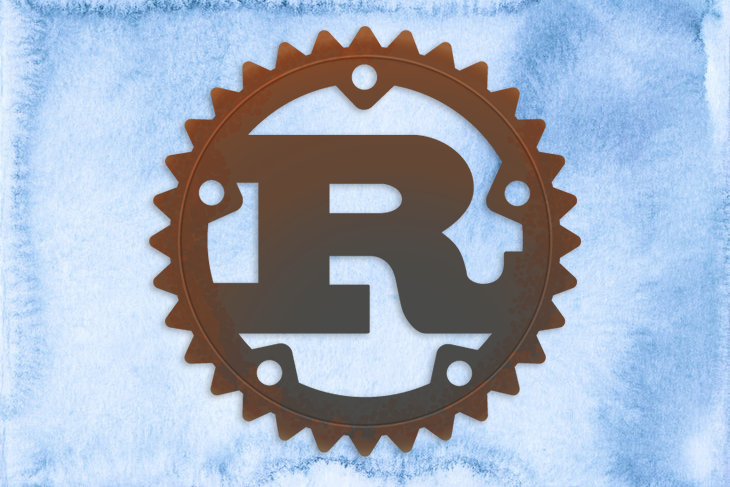 As every developer knows, errors tend to happen more often than not during application development. Error handling is a fundamental concept in most programming languages that helps developers find and address errors in a program before it is shipped to end users, thereby improving the UX.

Thankfully, Rust is known for its commitment to reliability and support for error handling. In this article, we’ll explore how Rust enables developers to find and handle errors in their code, clarifying the difference between a panic! and an error. Let’s get started!

Throwing errors is common in other programming languages, meaning that when there is an error in the code, the subsequent processes won’t be executed until they are handled correctly via try...catch.

However, in Rust, there is no such thing as try...catch. For context, we’ll review an example of how other programming languages typically handle errors using try...catch and later show how Rust would distinguish a panic! from an error with another example:

When an error occurs, JavaScript will normally stop and generate an error message with some information about what caused the error. The technical term for this is that JavaScript will throw an exception. This prevents the code from completely crashing in the event that there is an error. This is the common practice among most programming languages. However, in Rust, panic! and errors handle such exceptions.

In Rust, most errors fall into the recoverable category. Recoverable errors are not serious enough to prompt the program to stop or fail abruptly since they can be easily interpreted and therefore handled or corrected. For recoverable errors, one should report the error to the user to retry the operation or offer the user an alternative course of action.

A good example is when a user inputs an invalid email. The error message might be something along the lines of please insert a valid email address and retry. The Result type or Result enum is typically used in Rust functions to return an Ok success value or an error Err value, as seen in the following example:

T and E are generic type parameters. Ok(T) represents the return value when the case is successful and contains a value, whereas Err(E) represents an error case and returns an error value. It’s important to note that we return Result from functions when the errors are expected and recoverable.

Because Result has these generic type parameters, we can use the Result type and the functions defined on it in many different situations where the successful value and error value we want to return may differ:

The code above is a simple program to open a specified file. The program returns OK(File) if the file already exists and Err if the file is not found. For this error and other types of errors where the value type is Result <T,E>, there is a recoverable error. It allows us to access the error value without having to break the whole program.

Let’s revisit the previous code snippet. The code will panic! regardless of why File::open failed. To better debug our program, we may need to take different steps depending on the reason for failure. For example, if the code fails due to a non-existent file, we can create the file and return the new one.

If File::open fails for another reason, such as a user lacking permission to open the specified file, we want the code to panic!, as it did in the previous code snippet. To achieve this result, we add an inner match expression:

In the code snippet above, we import io::ErrorKind, which contains io::Error, a struct from Rust’s standard library. io::Error is the type of value returned by File::open inside the Err variant and has a method called kind. It contains several variants that represent the different kinds of errors that might result from an io operation. In our case, we get ErrorKind::NotFound, which implies that the file we’re trying to open does not exist.

If File::create fails, we print a different error message. The second option of the outer match stays the same, implying that the program will panic when it encounters any error besides the NotFound variant of the ErrorKind enum.

There are other Result <T, E> type helper methods that you can use to communicate intent better than match.

If we run this code without a main.jpg file, we encounter an error message from the panic! call that the unwrap method makes:

expect is another helper method that works like unwrap but makes it possible to customize the panic! error message. Let’s see expect in action:

In the code above, we used expect instead of unwrap. It returns the file handles or calls the panic! macro in case of an error. The difference is that the error message will be the parameter passed to expect as opposed to the default panic! message that unwrap uses.

Let’s look at the output in case we call a non-existent main.jpg file:

In Rust, a panic! is a macro that terminates the program when it comes across an unrecoverable error. In simpler terms, panic! is referring to a critical error. The panic! macro allows a program to terminate immediately and provides feedback to the caller of the program.

How to trigger a panic!

There are two ways to trigger a panic!. The first option is to manually panic! a Rust program. The second is by taking an action that causes the code to panic!.

To manually panic! the Rust program, we use the panic! macro. Invoke it as if you were triggering a function:

In the example above, we’ve included a panic! Macro. Once the program encounters it, it terminates immediately:

Below is a conditional statement that invokes the panic! macro:

Below is the output when the variable is less than 100:

The output below is when the variable is greater than or equal to 100:

The example below shows an instance of the panic! call coming directly from a library as a result of a bug as opposed to being manually called. The code below attempts to access an index in a vector. The error is due to the vector being beyond the range of valid indexes:

The program is attempting to access the 41st element of our vector ( the vector at index 40), but the vector has only three elements. In this situation, Rust will panic!. Using [] is supposed to return an element, but if you pass an invalid index, there’s no element that Rust could return here that would be correct:

When deciding whether your code should panic!, we need to consider the possibility of our code ending up in a bad state. A bad state is when some assumption, guarantee, contract, or invariant has been broken, such as when invalid values, contradictory values, or missing values are passed to your code, plus one or more of the following:

When a user passes in values to our code that don’t make sense, it’s advisable to return an error where possible. This gives the user the option of deciding what should be their next course of action.

However, in some cases, continuing could prove harmful or insecure. In such cases, it’s best to call panic! and alert the user that there is a bug, prompting them to fix it during the development stage.

Another appropriate case to call panic! would be when you’re calling external code that is out of your control and it returns an invalid state that you have no way of fixing. However, it’s more appropriate to return a Result than to make a panic! when failure is expected.

Viewing the stack trace or backtrace

Similar to other programming languages, panic! provides a stack trace or backtrace
of an error. However, the backtrace is not displayed on the terminal unless the RUST_BACKTRACE environment variable is set to a value different than zero. Therefore, if you execute the following command statement in the previous code example:

All in all, Rust has two kinds of errors, an error value returned from the Result type, and an error generated from triggering the panic! macro. The Result type returns a recoverable error, or in other words, an error that doesn’t cause the program to terminate.

On the other hand, the panic! macro triggers an error that is unrecoverable or that causes the Rust program to terminate immediately.