Gur Raunaq Singh Follow Raunaq is a software engineer from India. He has been working on large-scale backend applications and has a keen interest in DevOps technologies. 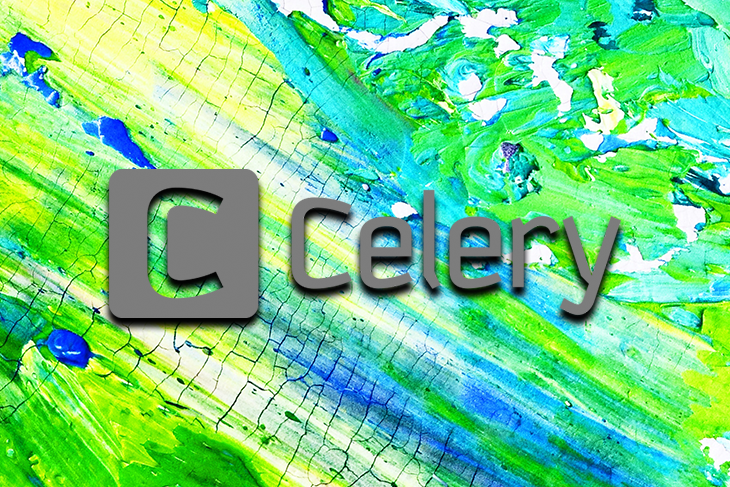 If you’ve stumbled upon this article, chances are you’re familiar with Flask and you’re working on adding a feature to your web app that takes quite a few seconds (if not more) to execute. Maybe you want to know if there is a better or faster way to do so.

Some common examples include:

These types of tasks block the request/response cycle until it completes, meaning the user would need to wait a while.

To offload long-running tasks like these, you can use Celery, which provides a mechanism to offload these tasks to separate worker threads.

Celery communicates via messages, usually using a broker to mediate between clients and workers. To initiate a task, the Celery client adds a message to the queue, and the broker then delivers that message to a worker.

The most commonly used brokers are Redis and RabbitMQ. We’ll set up a Redis server locally to make use of this mechanism.

Additionally, intermediate knowledge of Python and Flask is expected. Everything else will be explained as the article progresses.

Download the starter project and set it up using the following commands: 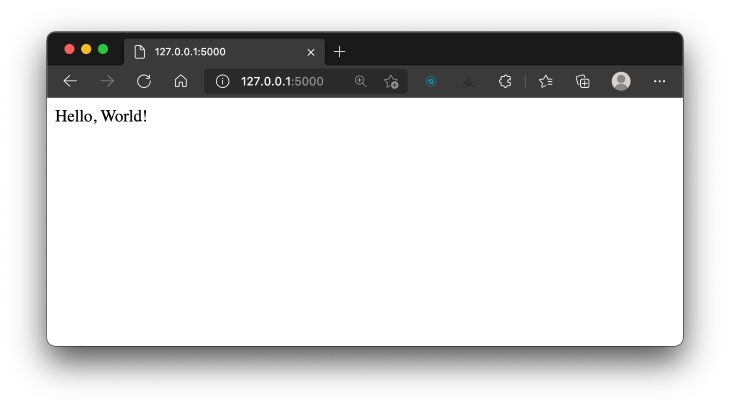 Next, let’s add a route that will contain a Button that, when clicked, will trigger a mock long-running task, such as sending an email, generating a PDF report, calling a third-party API, etc.

We’ll mock this API by using time.sleep(), which will block the running of the application for 15 seconds.

Open app.py and add the following block of code.

Make sure to import the time module by adding the following, along with the import statements at the top of the file:

Next, create a directory named templates in the root of the project. Inside that, create a new file named tasks.html and add the following:

Back in the terminal, stop and restart the Flask server again, then open http://127.0.0.1:5000/tasks in your browser. You should see the tasks.html page rendered with a single button.

Notice that the page will be in the “loading” state for 15 seconds, so your application is stuck in that state and cannot perform any other operation until the current one is complete.

After 15 seconds, you should see the task completed, and the expected response in the browser.

Also, note that you’ll be able to see the print statements in the terminal window while the long-running task is being executed.

Now, let’s see how we can use Celery to run this task in the background.

In case you had any problems, you should be able to see the current state of your project here.

Setting up Celery and Redis

You have already installed the Celery python package in the initial setup. To confirm the installation of the package, you can run pip freeze in your terminal window with the virtualenv activated to see all the packages installed. 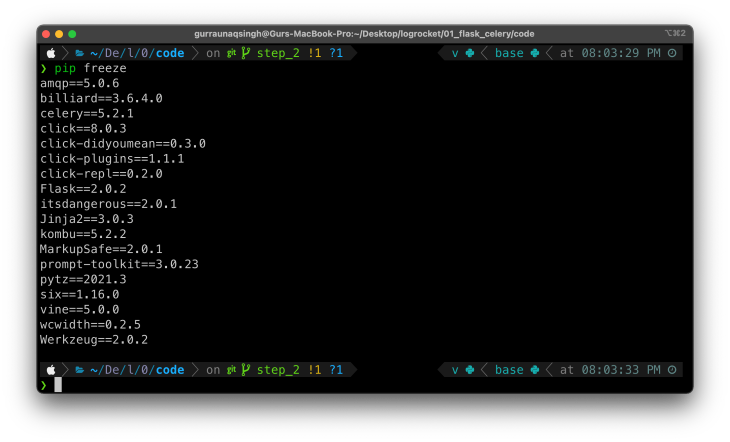 Next, you need to install Redis Server on your local machine. You can find the official installation instructions here.

Getting started with Celery

Create a new file in the project root called celery_utils.py. This will be used to initialize the Celery app instance, similar to how we have a Flask app initialized in app.py. Add the following code to the file:

Next, let’s use Celery to define a long-running task. Make the following changes in app.py:

Add the following near the import statements.

Add the following after the statements initializing the Flask app:

Next, add the following block of code toward the bottom of the file:

Here, we simply defined a function named sending_email_with_celery(), which will mock the functionality of sending an email that could take 15 seconds to complete.

However, to make this function run as a background task, the decorator @celery.task is added on the line just above the function definition.

If you’re not familiar with decorators in Python, here’s a good article to get started.

Finally, define a route to trigger this function:

In this code block, we define the route /long_running_task_celery, which triggers a function as a Celery task. Notice that the function is called by using the delay() method.

This indicates that we want to run this function as a Celery task, not as a regular Python function.

Finally, to see this in action, let’s add another button in tasks.html to trigger this function.

Note: Here’s the GitHub repo for this section.

Time to see it in action!

Make sure you have the Flask server running in a terminal window.

In another terminal window, cd to the root of the project and run the following command to start the Celery worker. 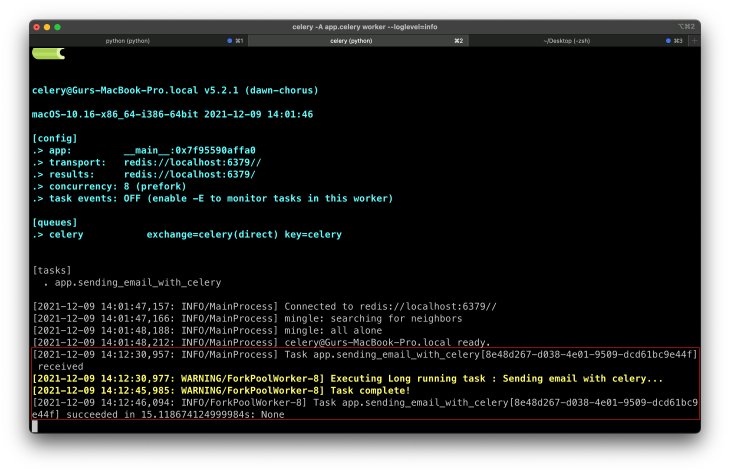 We’ve already seen that if we trigger a long-running function with Python, the server is stuck until the execution of that function is complete.

Now, if you click on the button Trigger Long-Running Task with Celery, you’ll see that the page instantly redirects to the route /long_running_task_celery, and you’ll see an expected output in the browser window.

In the background, the execution of the function is being done by Celery. To see the logs of the function running, switch to the terminal window where you started the Celery worker. It should look something like this: 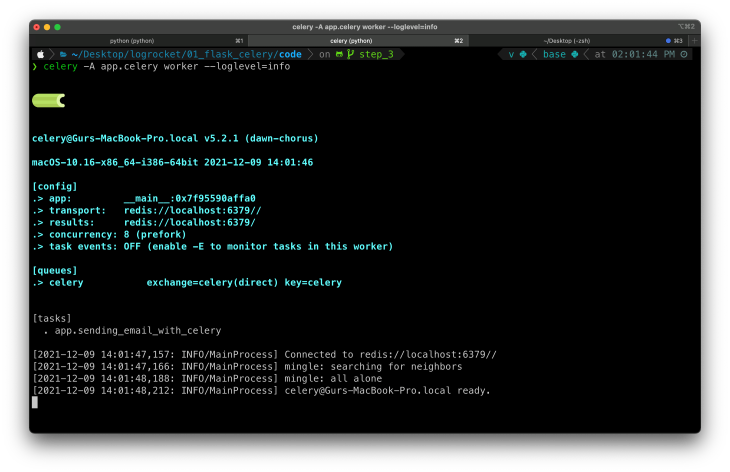 That’s it! You now know how to set up and run long-running tasks with Celery in your Flask web application. Here’s a quick recap. To run a function as a Celery task, you need to:

Gur Raunaq Singh Follow Raunaq is a software engineer from India. He has been working on large-scale backend applications and has a keen interest in DevOps technologies.
« What’s new in Django v4.0
Netlify vs. Cloudflare Pages »