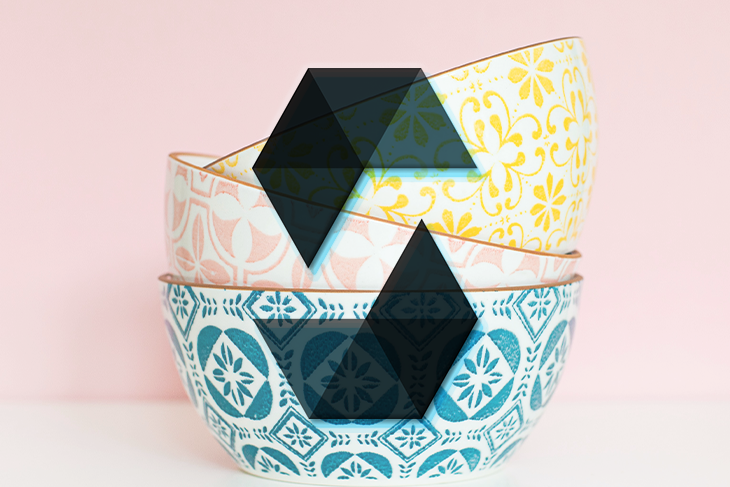 Smart contracts are programs stored on the blockchain that run when certain conditions are predetermined or called. Smart contracts are used to automate agreements, eliminate intermediaries, and create a more decentralized network free from external influence.

In order to follow along with the tutorial portion of this article, you should have the following:

Can smart contracts interact with each other?

Demo: Calling a nested smart contract from the parent contract

For our first example, let’s create and then deploy a child contract within a parent contract.

To start, we’ll open Remix and create the parent contract. For this example, we’ll make a loan contract; anyone may call this contract and request a loan. 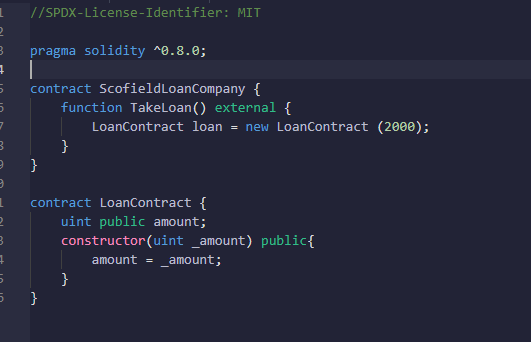 The first line of the contract is our License. This is very important, as not calling it will raise an error: 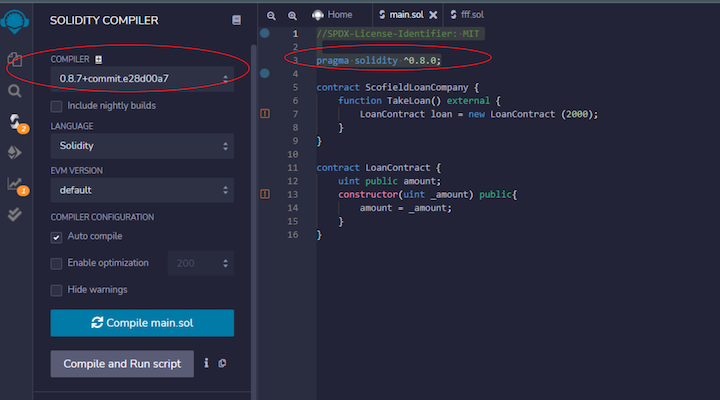 We used the external attribute in order to call our child contract.

Before we do that, let’s create our child contract inside the parent contract:

We must make Solidity aware that this contract deals with money. To do so, we call the uint, which is an unsigned integer, and we make it public.

We create a constructor that runs first, and once when the contract is called, we give an argument of _amount, which means whoever calls this function must specify the amount they wish to borrow.

Finally, we call amount = _amount; which means whatever amount the user puts in becomes the loan amount that is made public.

Now, let’s go back to the ParentLoanCompany contract and add the below code snippet to connect both contracts.

We call the ChildLoanContract by calling the LoanContract and give it a name loan. This is very important when we want to later call the address of the borrower. This is equivalent to new which is the function that creates a new contract of type LoanContract.

After deploying the ParentLoanCompany contract with the Remix IDE, we should see two contracts on the Contract panel.

Demo: Calling a nested smart contract from an external contract

Now, let’s take a look at how an external contract can call a nested contract.

Just like the previous example, the first line of code is our License. If we do not provide this, Remix will throw an error.

Next, we specify our version and compiler; Remix uses this compiler to test our project and if the compiler and the version are different, we’ll get an error.

We’ll create a contract, called scofield, that allows the user to store an address in the string [] public user array.

We also create an argument in the NameOfUser function that stores the name that a caller of the contract provides inside the _user.

We’ll create another contract inside the same file that mints our coin, LOGROCKET. The coin’s symbol is LOG_COIN. This coin will be minted using a contract we imported from OpenZeppelin.

In our scofield contract, we’ll import the OpenZeppelin contract and paste the following command into our Remix editor:

Next, we call the external COINMAKER contract. We specify that it is an ERC-20 contract, and then we call a constructor function which we give an argument of name of coin, LOGROCKET, and symbol of coin, LOG-COIN.

As a side note, we should talk for a moment about Ethereum units. In this contract, we’re creating one Ether, but we’re using the smallest Ethereum unit (Wei) to represent the value.

Here’s a useful tool for converting different Ethereum units, such as Wei, Gwei, Finney, and Ether.

Deploying and calling the nested contract

Now it’s time to deploy our contract. In the Remix DEPLOY & RUN panel, we see the contract dropdown and a list of contracts. These contracts are pulled in alongside our COINMAKER and scofield contracts, which are the two contracts we created.

If you try to deploy without first installing your MetaMask wallet, you’ll see something like this:

Next, let’s talk about the gas fee and testnet faucet. To transact this contract, you can request test ETH from a testnet. In the article, I used Rinkeby, but it’s being depreciated. If you prefer, you can use Goerli instead. 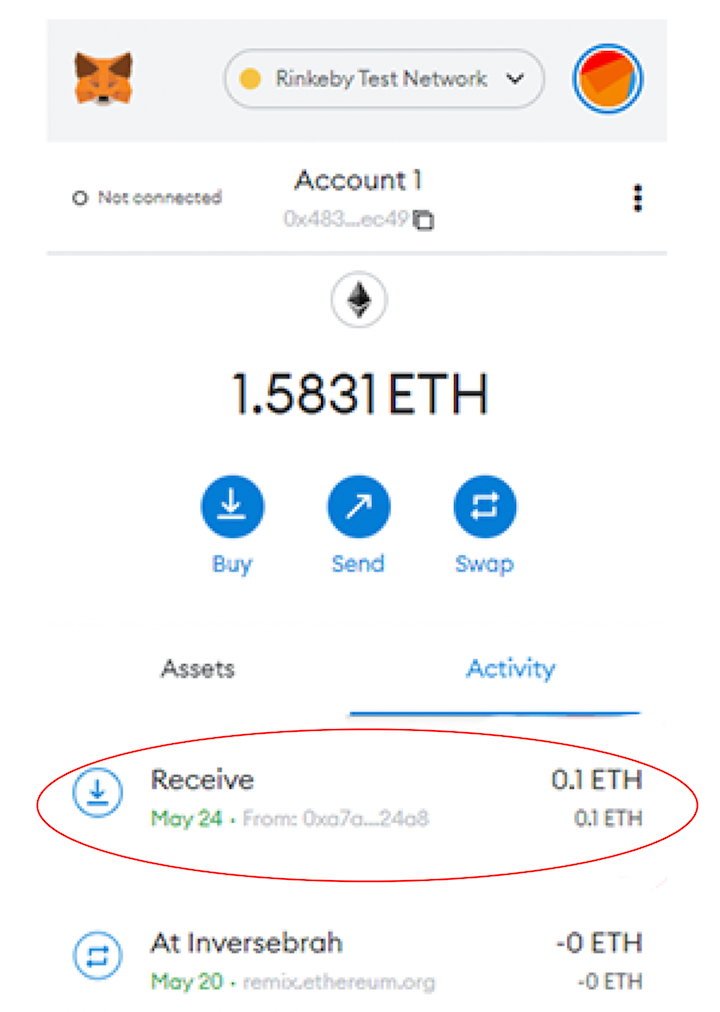 As shown in the above image, you’ll get 0.1 ether from the testnet, which will be more than enough to pay the gas fee. However, you can make the request a few times if you want to keep practicing.

Before deploying the contract, make sure you change the Environment from Javascript VM to Injected Web3.

Now, let’s deploy the contract again. This time you should see the following MetaMask notification: 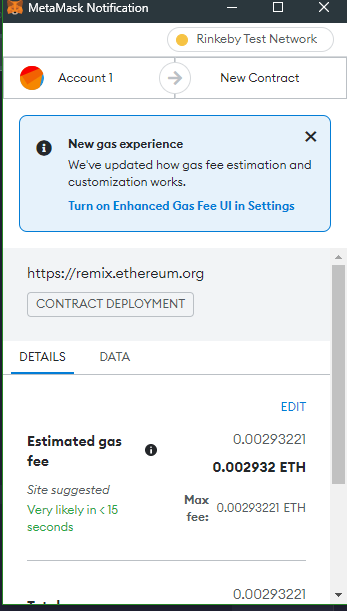 At the bottom of the panel, we see that the creation of COINMAKER is pending.

Next, click on view on etherscan. This will open Etherscan, where we can see the coin we just created.

We can see the name of the token, LOGROCKET, as well as the amount of gas that was used to deploy this contract. 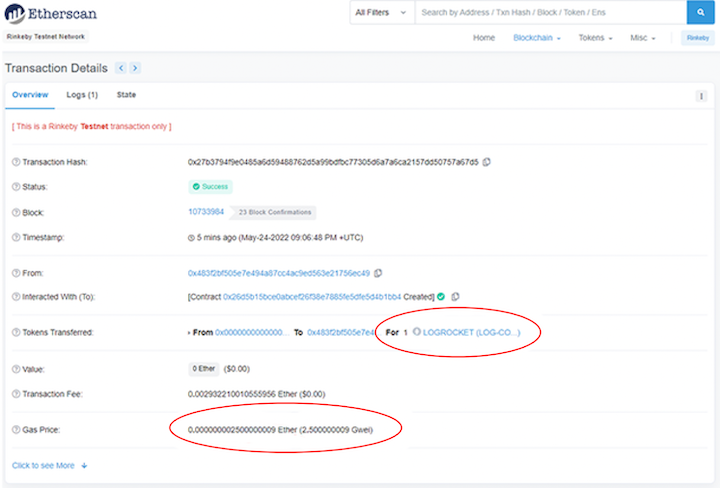 Click on the name of the token to see more details:

Here we can see the number of people holding the token (just one right now).

Now, let’s get back to our contract.

Each function within our contract has a purpose. Here’s a summary:

That’s it; you just created your own Web3 coin!

Creating contracts within contracts, or nested smart contracts, is useful for limiting what a user can do, and what they can call.