Hannah Gooding Follow I am a software engineer at a fashion tech company, mainly working in JavaScript/React, Python/Django, and PostgreSQL. I started as a self-taught developer pursuing a career change, and I am passionate about sharing knowledge with other people that want to take the same leap. I am a proud alumna of the Code First: Girls course and the Founders and Coders bootcamp. 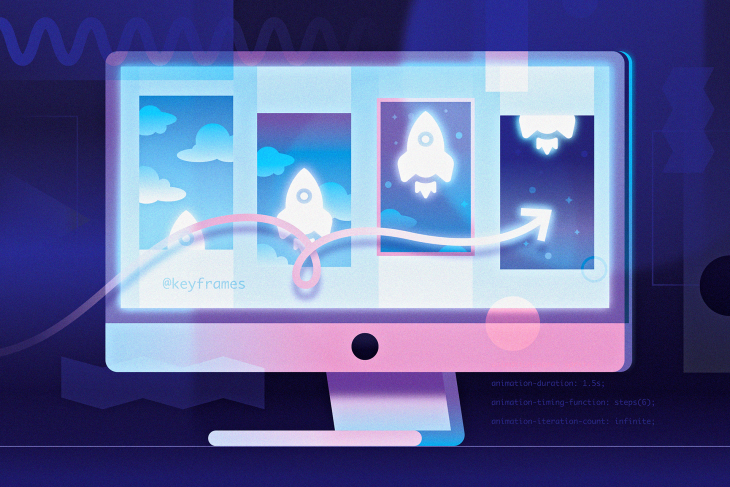 Web animations can be used in a variety of ways to draw attention to certain features of a website or application in a visually stimulating way.

For instance, when you select the speech bubble button on the bottom right corner of the LogRocket website, the speech bubble transitions into a downwards arrow with a spinning animation that adds an extra flourish to the user’s interaction.

Animations can also be used purely decoratively to make using the website more fun and aesthetically appealing to the user, such as on a website’s landing page that would otherwise use a static image or have a blank space.

No matter what you’re using animation for, there are different ways to implement web animations.

In this post, I will cover how to create your own sprite sheet and animate it using CSS. It’s a cool method to learn, and in fact, many popular websites and applications use sprite sheets to animate user functions.

In fact, Twitter uses a sprite sheet to animate its heart button, which fills in and explodes with confetti when you like a tweet. In this tutorial, we will create a simplified graphic of a Terminal window with the text “hello” typed out.

This is how it will look:

Creating the sprite sheet in Figma

To start, open the image editor of your choice. I like using Figma because it is free and you can use it in the browser, as well as Adobe Photoshop, Illustrator, or any resurrections of MS Paint!

I chose to design the graphic at its largest scale for a desktop screen so that I can make it smaller on tablet and mobile screens rather than design it for the smallest screen and stretch it out to a larger screen.

Let’s create a workspace that is desktop sized (1440px x 1024px). Note that each frame of the animation will be an image this size.

Next, create the graphic by drawing a large dark grey rectangle for the Terminal window. Then add a light grey rectangle at the top for the toolbar and add three grey circles on the toolbar for buttons. Your basic Terminal graphic should look something like this so far: 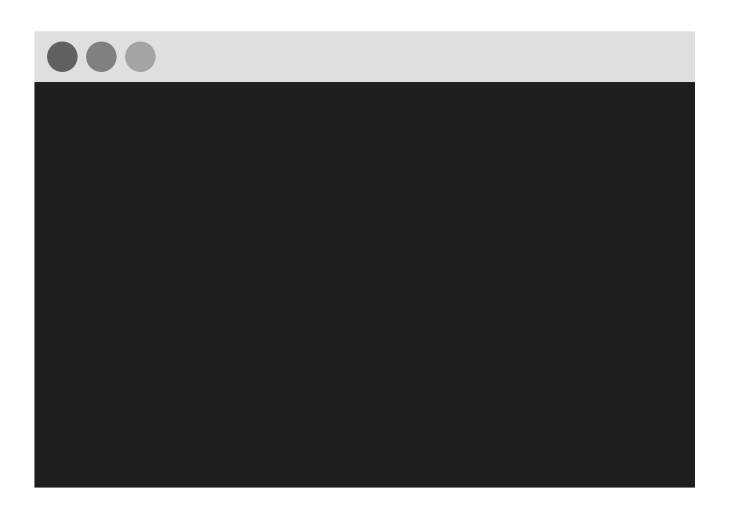 The next step is to map out the final frame, which will contain the full text you want and where on the graphic you want it to go. I chose to use the monospace font Roboto Mono so that the letters are evenly sized and spaced. I typed out the word “hello” and created a rectangle for the text cursor. It looked like this: 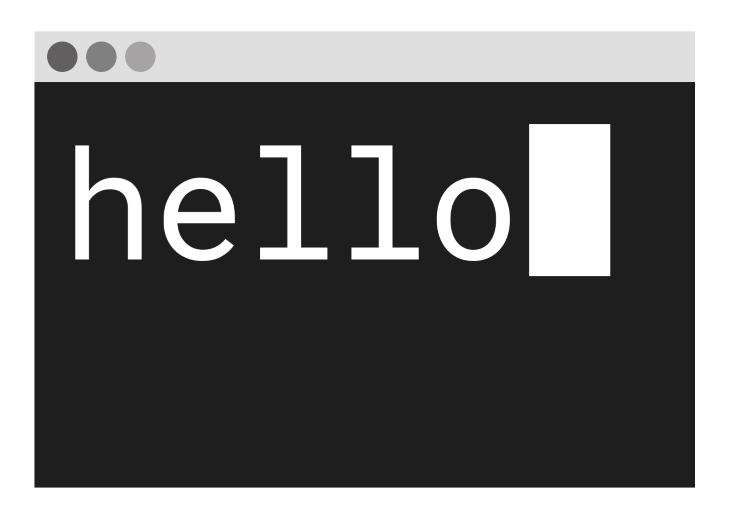 Now you will need to create each frame of the animation and save each one as a separate image. I will start with a frame that just shows the text cursor on the Terminal, then move it across to the right as I type out each letter for each frame. This will create six frames in total.

Once you have each frame, you can add them all into one sprite sheet image file. I used a CSS Sprites Generator tool, selecting 0px padding between the elements and aligning left-right.

Now it’s time to add your sprite sheet animation to your web page. Start by adding an empty <div> to your HTML file and give it the class name “terminal”.

This <div> element will act as a “viewport” where each frame of the sprite sheet will be displayed in the animation:

The background URL should be set to the sprite sheet image file. You should see the first frame of your animation cover the background of the <div>.

It’s now time to add the CSS animation. In this case, we want to pull the background image into the “viewport” from the right to the left, as demonstrated in the diagram below.

First, define the animation code with the name sprite under a @keyframes block that specifies what styles to apply in the animation.

We want to transition from the starting background-position of 0px to shifting the position left by whole width of the sprite sheet image file (8640px, which is each 1440px width image multiplied by six because there are six frames). This is the code:

The next step is to add this sprite animation to the <div> element that is being styled with the class .terminal.

Here, we want to use the steps() value, which breaks the transition into equal segments. This is exactly the effect we want — we need each frame to be played in a sequence — so set the number of steps to 6 as there are six frames in the animation.

Finally, define the animation-iteration-count, which sets the number of times an animation should run before stopping. If you want it to run continuously, the value should be infinite. Here’s the code:

Now that we have understood and broken down how the code works, we can refactor it a bit. We don’t have to specify the from in the @keyframes rule as the background-position is 0px by default.

Also, the block of animation styles can elegantly be combined into one line using the CSS animation shorthand property. Here is the refactored code:

At the moment, the animation viewport <div> has the fixed height and width of a desktop screen. This means the <div> takes up the whole screen on a desktop and will overflow on smaller screens.

A good way to make the <div> responsive on different screen sizes is to use transform: scale(0.5) to resize the element by half, and then set the scale to be 1 for all screens larger than 1024px using a @media query.

The CSS scale() function resizes the element from the center, so translate() is needed to keep the element in the same position in the top left corner. The code looks like this:

That’s it! These are the steps to implementing your own CSS animation using a sprite sheet that you made. The final animation and code can be viewed on CodePen:

For the purpose of this tutorial, I kept the graphic simple with a minimal number of frames.

Instead of using a sprite sheet, you can achieve the same effect by positioning text over a static image of a Terminal and used a typing effect to animate the text with CSS or JavaScript.

But the CSS sprite sheet method lends itself better to create more complicated graphics than the one in this tutorial. Happy coding!

Hannah Gooding Follow I am a software engineer at a fashion tech company, mainly working in JavaScript/React, Python/Django, and PostgreSQL. I started as a self-taught developer pursuing a career change, and I am passionate about sharing knowledge with other people that want to take the same leap. I am a proud alumna of the Code First: Girls course and the Founders and Coders bootcamp.
« Working with classes in curtains.js
Macros in Rust: A tutorial with examples »