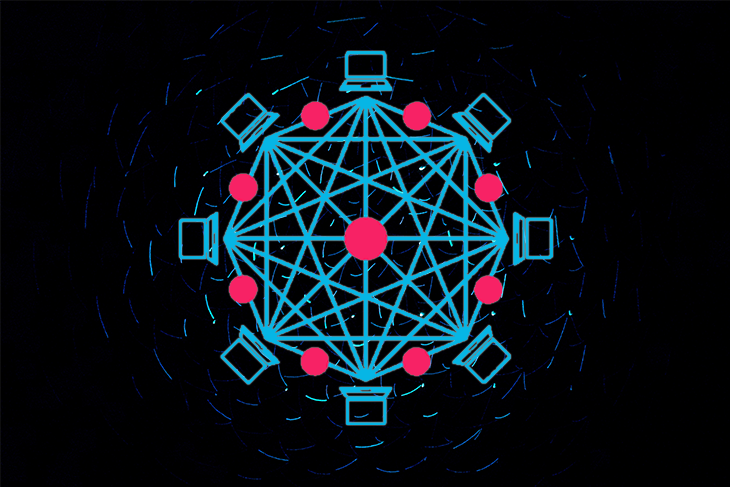 The mainnet is responsible for executing actual transactions within the network and storing them on the blockchain for public use.

In contrast, the testnet provides an alternative environment that mimics the mainnet’s functionality to allow developers to build and test projects without needing to facilitate live transactions or the use of cryptocurrencies, for example.

This article will walk through the key differences between mainnet and testnet environments and their importance.

What is a mainnet?

The mainnet executes transactions within the network that are kept on the blockchain. By deploying a mainnet, its developers indicate complete faith in their blockchain’s capabilities. For example, Ethereum and Bitcoin are open source blockchain systems that are publicly verifiable and conduct authentic transactions with real economic value in the mainnet environment.

To incentivize miners to validate transactions and avoid network spamming, each transaction on the blockchain needs participants to pay a transaction fee in the native currency.

Why do we need a mainnet?

A project with a mainnet has unquestionably more credibility than one without; the presence of a mainnet allows for the formation of a living ecosystem of participants, allowing for real-time interaction and transactions to take place in complete transparency.

Without a mainnet, a project is purely conceptual in the blockchain ecosystem with no working product for participants to test out.

The blockchain is a public ledger of all transactions accessible to anybody. We can reclaim our full rights to verify each of our dealings to ensure that we are updated on their status.

The presence of a mainnet indicates that a project is operational and progressing technically. Furthermore, because the public can engage in the network and any failure could endanger the blockchain’s inner workings, a live mainnet would test the blockchain’s features and capacities.

As a result, launching the mainnet necessitates a significant amount of time and effort to guarantee that all components are functioning correctly.

What is a testnet?

A testnet is a blockchain network used to run and test blockchains and blockchain projects before release. It’s a straightforward approach for programmers and developers to design, edit, and test their project’s functions and track its performance before making it public.

Testnet is often used for development. For example, suppose you’re creating a new functionality that requires you to transmit and receive native currency. Blockchain testnets are perfect clones of the original protocol, using the same technology and tools to perform the same tasks.

However, developers and testers can evaluate a system’s feasibility by completing transactions without risking real mainnet money being lost. Testnet is a dynamic and suitable environment for testing decentralized applications and smart contracts.

Why is a testnet important?

The testnet aids in the creation of a stable and useable environment that includes all of the essential hardware and software components for the execution of test scenarios and bug detection.

Every transaction, update, and time a project is deployed, it will require payment of blockchain fees, which will be frequent and repeated during the testing phase.

It wouldn’t be unreasonable to infer from this that high prices would be needed to efficiently test a product and examine its various choices.

For example, if a problem on the main network occurs during a test phase, it can disrupt the entire network and its users’ assets and transactions, causing users to lose money.

Testing on the mainnet can be highly costly for developers and the cryptocurrency’s overall reputation.

Quality assurance is a crucial component of deploying high-performing, error-free applications on a network.

Various limits and elements significantly define the validity of a test result as organizations change to a shift-left method to improve application quality.

As a result, a test environment similar to mainnet conditions is required by developers.

Test network coins are incompatible with main network currencies and vice versa, necessitating the creation of new coins or techniques; resulting in a considerably more prolonged, complicated, and costly process.

However, all new projects must first be tested on a testnet, a separate blockchain with its genesis block. Developers may test every blockchain component before it is released, and people working in the bitcoin market can remain completely independent from any trial and error activities.

The performance of the mainnet must be used to evaluate all fundamental blockchain developments. Even so, mainnets for cryptocurrencies are not finished products, as capabilities are updated or revised on a regular basis.

As a result, it’s critical to grasp a project’s development roadmap and compare it to what’s been developed previously.

We learned about the testnet and mainnet in this post and the necessity of using both environments; use cases; and their differences.

Idris Olubisi Follow Idris is a backend developer, technical writer, speaker, and open-source contributor. You can follow him on Twitter @olanetsoft.
« Build a location-aware application with Vue and Typesense
16 useful TypeScript and JavaScript shorthands to know »