How to implement infinite scroll pagination in Flutter 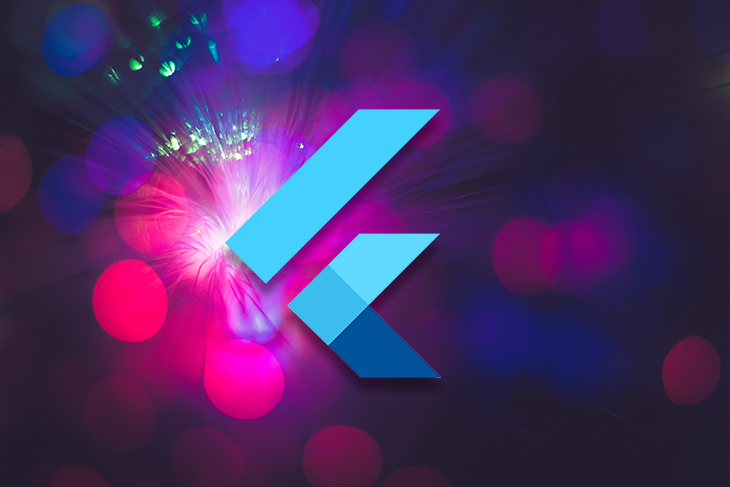 Have you ever wondered how social media platforms like Instagram and Twitter can continuously feed users with posts as they scroll through the app? It feels like these pages never end, even if you may have also noticed the loading indicator that periodically appears on the screen.

Pagination, in software development, is the process of separating data into sequential segments, thereby allowing the user to consume the bits of the data at their desired pace. This can be very useful when your application provides an enormous but ordered amount of data, much like what a user experiences when exploring Instagram or Twitter. It is also beneficial because loading all the data at once could dampen the performance of your application, and the user may not end up consuming all the data you have provided.

In this tutorial, you’ll learn how to paginate your Flutter widgets and give your users the feel of an infinite scroll using the ListView, ScrollController, and infinite_scroll_pagination packages.

This tutorial will demonstrate how to implement infinite scroll pagination by building a basic blog app. The application leverages the Post resource of the JSONPlaceholder API as its source of data. Each post displayed on the screen will provide its title and body, as shown here:

The application starts by fetching the first ten posts. As the user scrolls down the page, it fetches more posts.

Notice the position of the circular progress indicator that appeared before the posts loaded on the screen. Likewise, the second indicator at the bottom of the screen indicates that more posts are being fetched.

The point at which the application should fetch the next set of posts depends on your preference. You can choose to fetch more data when the user gets to the last available post on the screen because, by that point, you can be certain that the user is interested in seeing more posts.

However, waiting this long would also force the user to wait for the app to fetch posts each time they reached the bottom of the screen; you should be aware that the position of this indicator can influence your app’s UX. The more the users wait for your posts, the less interested they become in your application.

It is usually recommended that you fetch new or additional data once the user has seen between 60–80 percent of the data on the timeline. This way, while you’re inferring that the user is interested in seeing more data, you’re also fetching and preparing it. Fetching the additional data before the user even finishes viewing the current segment of posts requires a shorter wait time.

On the other hand, fetching more data when the user hasn’t even gotten to half of the timeline may result in your application using up unnecessary resources to fetch data that the user may not be interested in or ready to see.

Error communication is another thing to consider. There are two main points where an error can occur when fetching the data:

ListView is a Flutter widget that gives you scrollable functionality. This allows you to have a collection of widgets that do not have to fit the screen perfectly but can be individually viewed as you scroll through the screen. Let’s take a look at the implementation of the above-mentioned features of the infinite scroll from scratch using the ListView.

Run the following command in your terminal to create the project folder, then open it with your preferred code editor:

Create a Dart file with the name post to contain the code for the Post model, then add the following code to the file:

Next, create a widget file named post_item to contain the code needed for the post widget. The file should contain the following:

The above snippet renders a Container widget that will contain the title and body of a post. A BoxDecoration widget styles the container, giving it the below output: 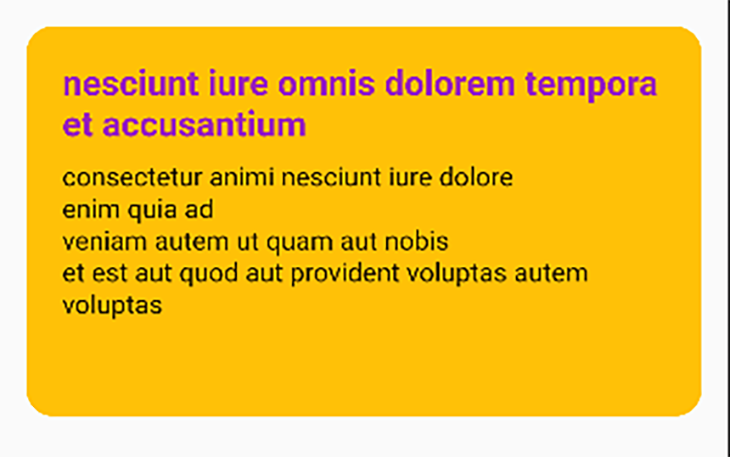 The next step is to create a Dart file with the name post-overview_screen that will use a ListView to render the posts in a scrollable format. Add the following code to the file:

The above snippet contains the initialization of the necessary properties for building the page. These include:

Next, add the method below to the _PostsOverviewScreenState class. This method performs the logic of fetching the data from the API and uses the response to create a list of Post objects stored in the _posts variable.

The fetchData method above sends a GET request to the post resource of the API using the _pageNumber and _numberOfPostsPerRequest variables as the parameters. The data received is a list of JSON objects that contain values for different posts. Here is a sample of one of the data received from the API:

Upon a successful request to the API, json.decode decodes the response. Each extracted title and body are used to create the list of Post objects. Using setState, the variables receive the updates.

The value of _isLastPage depends on whether the amount of newly received data is smaller than the amount of requested data. For instance, if the application requested ten posts but received seven, it implies it has exhausted the source of posts.

The value of _pageNumber also increments so that the application can request the next paginated data on the next request.

Next, still within the same class, add the following code to handle errors:

The above widget contains a column of text that communicates the error and a button that allows the user to retry loading the posts.

Add the build method below to the file:

The build method above checks if the post list is empty, and then further checks whether the application is currently loading or if an error occurred. If the former is the case, it renders the progress indicator in the center of the screen; otherwise, it displays the errorDialog widget.

If the application is not currently loading and an error has not occurred when making its first request to the API, then the app renders the data in the list of Post objects using the PostItem widget. 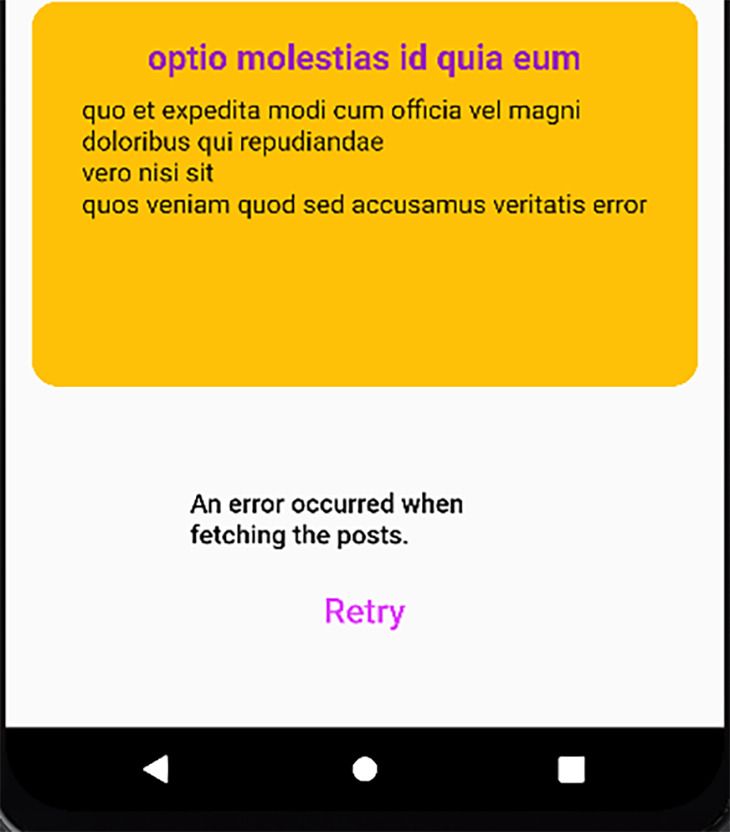 If neither is the case, then the successfully fetched data renders on the screen.

The Flutter ScrollController is a descendant of the Listenable abstract class that allows you to notify the client when there is an update to the widget it’s listening to. You can use the ScrollController to listen to scrollable widgets like the ListView, GridView and CustomScrollView.

In the context of our tutorial application, the ScrollController will be responsible for monitoring how far the user has scrolled down the page. Based on this information and the threshold you have set for the nextPageTrigger value, it triggers the method that fetches the data from the API.

Declare and initialize a ScrollController object in the post_overview_screen file as shown below:

Then replace the build method with the following:

In the build method, the scrollController object adds a listener that monitors the scroll of the ListView. Then it invokes the fetchData method when the user has consumed more than 80 percent of the data currently in the list of posts.

Sometimes, you may not want to go through the hassle of building and configuring a paginated scroll from scratch. The infinite scroll pagination package is an external package you can install to handle paginating your data for an infinite scroll operation. This package abstracts the process of error and progress handling when requesting the first or extra paginated data.

There are three fundamental components, all generic classes, of the package responsible for building the infinite scroll:

Here’s the implementation for using this package to build the basic blog app demonstrated in the previous sections:

Run the following command in your terminal to add the package to your pubspec.yaml file:

Create a new Dart file and add the following code to it:

Recall that PagingController is a generic class that receives two generic type parameters, as shown above. The first parameter, int, represents the data type of the page number of the API you want to consume. JSONPlaceholder uses int values to represent each page. This value can vary from one API to another, so it is important to find out this value from the API you want to consume.

The firstPageKey parameter represents the index of the first page you want to request. This parameter has an initial value of zero because the pages in JSONPlacholder have a zero-based index, i.e., the first page number is 0 instead of 1.

In the initState, _pagingController sets up a listener that fetches a page based on the current value of pageKey.

Here’s the implementation for fetching a page. Add this method within the class:

The fetchPage method receives the pageKey as its argument and uses its value and the preferred size of the data to fetch the page from the API. It creates a list of Post objects using the data from the API response. The controller then saves the created list using the appendLastPage or appendPage method, depending on whether the newly fetched data is on the last page. If an error occurs when fetching the data, the controller handles it using its error property.

Below is the build method for the screen:

The infinite scroll pagination package gives you the flexibility of wrapping your widgets around a refresh indicator. This allows you to drag the screen downwards to trigger a refresh. The refresh implementation invokes the refresh method of the controller to clear its data.

The PageListView also receives the same type of generic classes you assigned when creating the controller. Through the PageChildBuilderDelegate instance assigned to its builderDelegate parameter, it builds each PostItem widget.

Note that you do not need to configure the progress indicators or error handling operations as you have done in the previous sections. This is because the package handles all that for you using its default values. 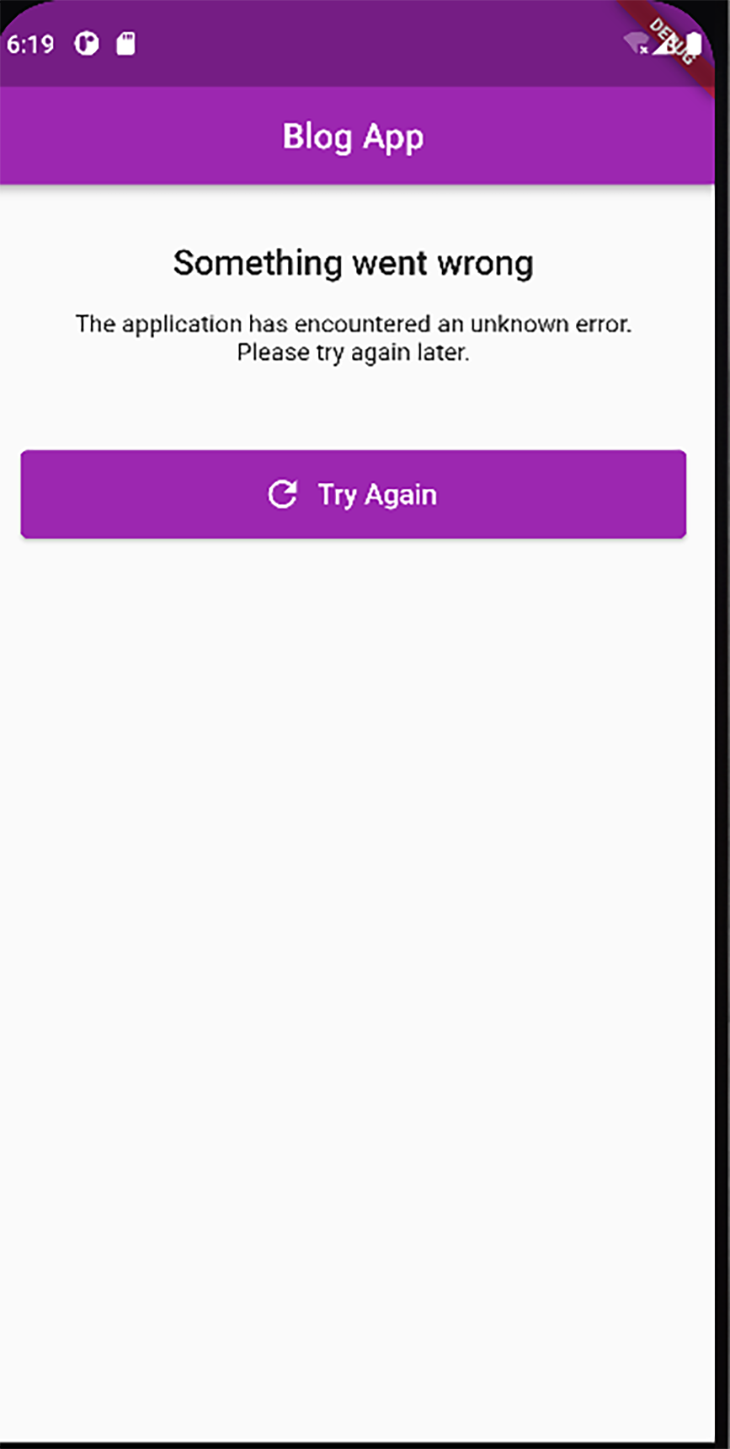 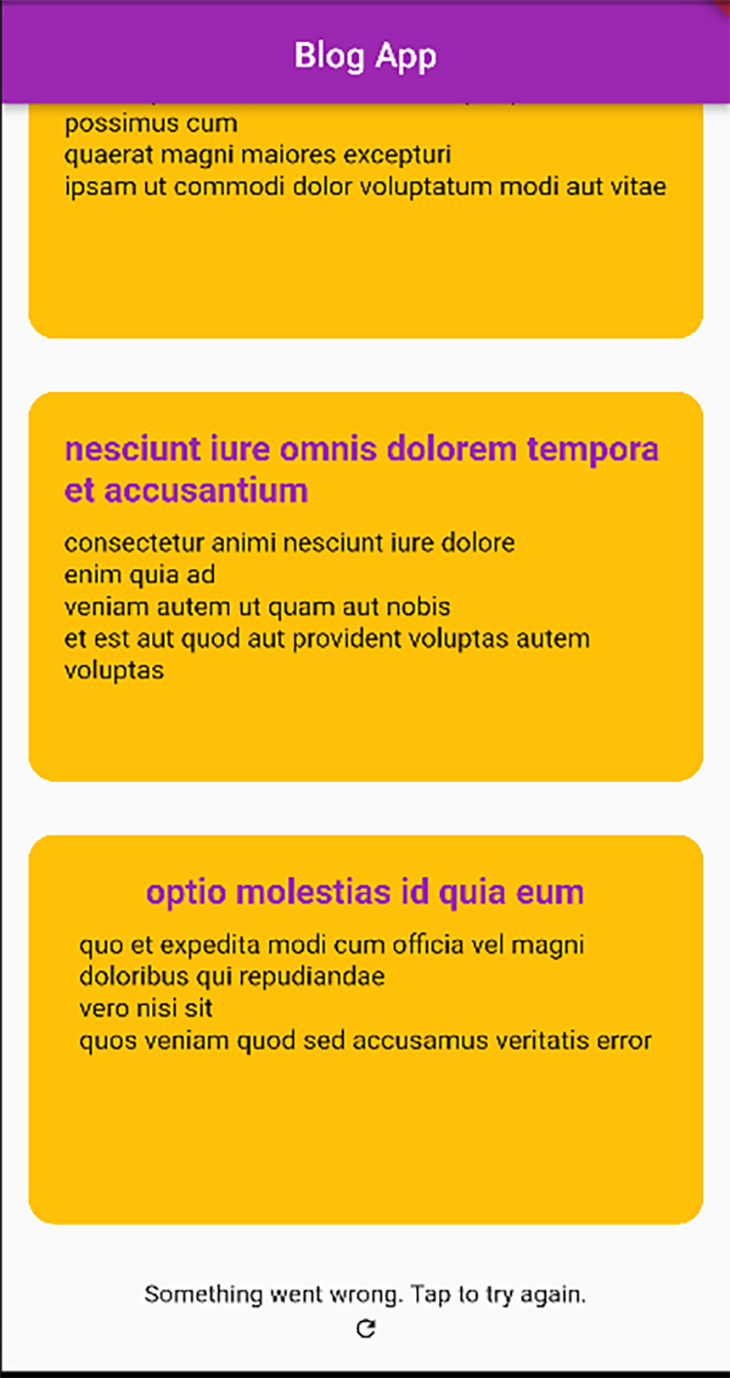 The PageChildBuilderDelegate object also gives you the flexibility to customize your error handling and progress operations via the following optional parameters:

In this tutorial, you learned about the need to paginate the data you provide to your users and what to consider when building paginated infinite scroll. You also built a basic blog app that performs the infinite scroll operation using a ListView from scratch, ScrollController to track the pagination and the >infinite_scroll_pagination external package.

The application is available on GitHub for further insights. Cheers!

Damilare Jolayemi Follow Damilare is an enthusiastic problem-solver who enjoys building whatever works on the computer. He has a knack for slapping his keyboards till something works. When he's not talking to his laptop, you'll find him hopping on road trips and sharing moments with his friends, or watching shows on Netflix.
« How to implement reCAPTCHA in a React application
What are the five types of scrum meetings? »