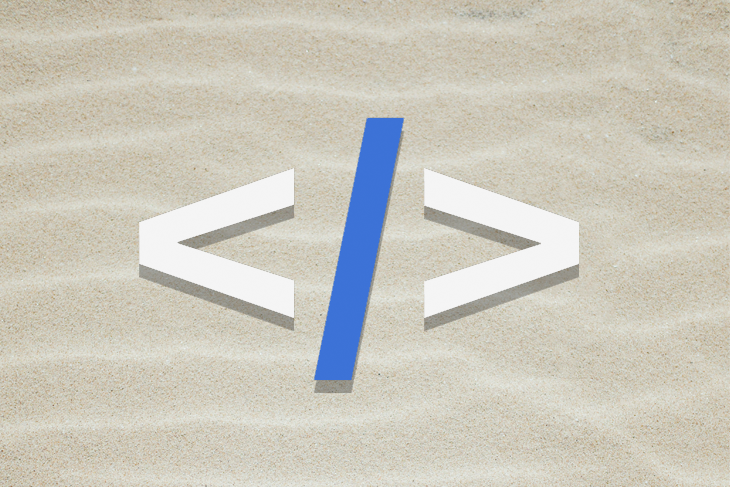 This library weighs ~10KB (min.gz’d), it is dependency-free (i.e., it does not require any other JavaScript package to run), and it’s also compatible with IE11.

In this tutorial, we will be exploring the powerful features of htmx while covering the following sections:

You can get started with htmx by downloading the htmx source file or including its CDN directly in your markup, like below:

The script above loads the current stable version of htmx, which as of writing this is version 1.3.3, on your webpage. Once that’s done, you can implement htmx features on your webpage.

Htmx provides a set of attributes that allows you to send AJAX requests directly from an HTML element. Available attributes include:

The code example above tells the browser that when the user clicks the button, it sends a GET request (hx-get) to the provided URL, which in this case is http://localhost/todos.

By default, the response returned from any htmx request will be loaded in the current element that is sending the request. In the In the Targeting elements for AJAX requests section, we will be exploring how to load the response in another HTML element.

Targeting elements for AJAX requests section, we will be exploring how to load the response in another HTML element.

In a situation where you want to modify the event that triggers the request, htmx provides a special hx-trigger attribute for this:

In the example above, the GET request will be sent to the provided URL if and only if the user’s mouse hovers on the div.

The hx-trigger attribute mentioned in the previous section accepts an additional modifier to change the behavior of the trigger. Available trigger modifiers include:

In the code sample provided above, once the user performs a keyup event on the input element (i.e., the user types any text in the input box) and its previous value changes, the browser will automatically send a GET request to http://localhost/search after 500ms.

Polling with the htmx-trigger attribute

In the htmx-trigger attribute, you can also specify every n seconds rather than waiting for an event that triggers the request. With this option, you can send a request to a particular URL every n seconds:

The code sample above tells the browser to issue a GET request to /history endpoint every 2s and load the response into the div.

In previous sections, we’d mentioned that the response from an AJAX request in htmx will be loaded into the element making the request. If you need the response to be loaded into a different element, you can use the hx-target attribute to do this. This attribute accepts a CSS selector and automatically injects the AJAX response into an HTML element with the specified selector.

We can modify our to-dos sample to suit this case:

Unlike the previous example, this new code sample sends a request to http://localhost/todos and loads the response in our div with id=result.

Swapping the HTML returned into the DOM

Similar to hx-target, the hx-swap attribute is used to define how the returned AJAX response will be loaded in the DOM. Supported values include:

When sending an AJAX request, it is often good practice to let the user know that something is happening in the background since the browser won’t do this automatically by default. You can easily accomplish this in htmx with the htmx-indicator class.

Consider the code sample below:

The opacity of any HTML element defined with the htmx-indicator class is set to 0 by default, therefore making the element invisible but present in the DOM.

If your AJAX request was triggered by a form or an input element, by default htmx will automatically include the value of all the input field(s) in your request.

Like in the code sample above, when you issue a request to the /register endpoint, your AJAX request will automatically include the email field in its body.

Htmx also provides another htmx-params attribute with which you can filter out the only parameters that will be submitted when an AJAX request is sent.

The code sample above will include all input elements on your page as your request parameters.

All possible values include:

With htmx you can easily send files such as images, videos, PDFs, etc. to your backend for processing by adding the hx-encoding attribute with value multipart/form-data to the parent element of the actual element sending the request:

Htmx is integrated with the HTML5 validation API by default, and will not issue a request if a validatable input is invalid. This feature works for both AJAX requests and WebSocket events.

In addition to this, htmx also fires events around validation, which can be pretty useful in custom input validation and error handling.

Htmx provides a way to easily attach smooth CSS transitions to AJAX events and also in your webpage generally.

htmx class-tool is an extension that you can easily use to toggle, add, or remove a particular class name from an HTML element without writing any JavaScript code.

You can utilize this extension by adding the classes attribute to your element and then specifying the action, followed by the class name you want to add or remove:

Like in the code sample above, once the browser content is loaded, htmx will automatically add a new class (sample-class) to the div after 1s.

Also note that you can create an action queue by separating each action with a comma (,), or make multiple actions run simultaneously by separating them with an ampersand (&):

Below is an example that toggles the visibility of an element:

In this article, we’ve explored the htmx installation process, how to send AJAX requests, form validation, and also triggering CSS animation without writing any JavaScript code.

Htmx offers experimental support for WebSocket and server-sent events, which were not covered in this article because they are still under development. You can learn more about WebSocket and SSE support from htmx documentation.

Contribute to htmx on GitHub.

Elijah Asaolu Follow I am a programmer, I have a life.
« Creating a CLI tool with Node.js
Firebase and Fauna: Comparing database tools for frontend devs »