How to run a Node.js server with Nginx 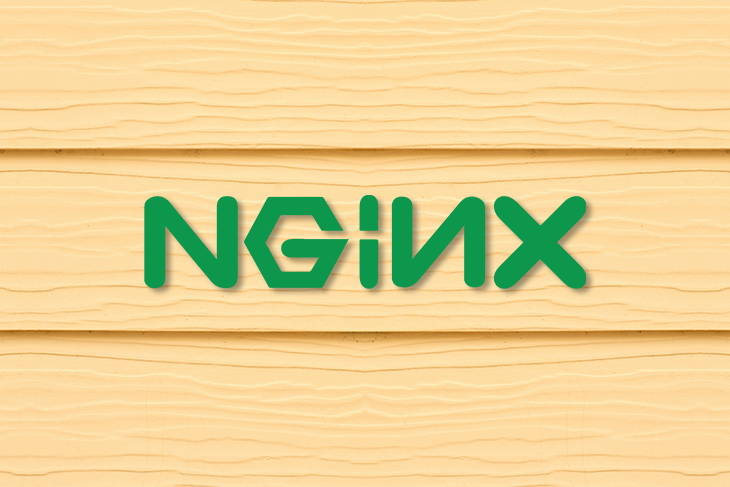 Node.js is a vital tool for almost all kinds of microservices‑based development and delivery. It’s also the leading tool for creating server applications in JavaScript and offering the functionality of both a web server and an application server.

But Node.js has some shortcomings and vulnerabilities that can cause unsatisfactory performance or even crashes within Node-based applications. For example, Node.js‑based web applications are prone to slow code execution or even crashes due to IO-bound operations or rapid traffic growth. They also sometimes struggle with serving static content such as images and JavaScript files and load balancing across multiple servers.

In this tutorial, we’ll show you how to run a server with Nginx. We’ll cover the installation and configuration of Nginx by building a simple Node.js application.

To demonstrate how Nginx works in practice, we’ll build a simple Node.js application that will run on port 3000, which is a common port for Node apps to run on. The same techniques should work for any other port that’s available on your local machine.

What are servers and web servers?

A server is a computer that communicates with other computers to serve them with the information requested by these computers. These computers, also called clients, connect to a server through either a local area network (LAN) or a wide area network (WAN). A server sends and collects information across a network within multiple locations.

The server on the web, known as a web server, through the Hypertext Transfer Protocol (HTTP), receives requests from a client via the internet, such as the browser, and returns an HTTP response, either as an HTML webpage or in a JSON format as with APIs calls.

Web servers are the foundation of any data exchange using HTTP as its client-server protocol for communication with other computers. A web server as a computer involves both hardware and software and is a fundamental component in web development. The software side makes up the parts that understand URLs and control how web users access hosted files.

NginX is used for a variety of tasks that contribute to improving Node.js performance. Key features include:

We’ll install the Nginx using the default package manager for a Debian-based operating system, which is called apt. Nginx is also available for almost all operating systems under their default repositories.

Before installing Nginx, make sure you’ve installed the prerequisites for Ubuntu OS.

Later in the tutorial, we’ll configure Nginx based on the unique needs of our project, then we’ll be ready to implement it.

With a successful installation, the following message should be output on the terminal confirming that Nginx has been installed:

Before configuring Nginx, let’s quickly set up and build our Node.js application.

For this simple Node.js application, we’ll be building a Node.js server with the HTTP module provided by Node.js. Let’s started by creating a folder and initializing the project on the terminal:

The above code will create the folder nginX server project and change the directory into the folder. We then initialize a Node.js application with npm, using the -y flag to set “yes” as the default answer to all the questions.

The next step is to create the server.js file that contains the source code for our application and open it up with any IDE or text editor of your choice:

Now it’s time to build and start the server. Let’s define two extra subdomains as a means to test that our application is fully functional:

We created a server with a Node.js HTTP module that we imported using the require function in the above code. Within our server, we’ll render two different responses, depending on our current route. The two routes are /overview and /api.

On the /overview subdomain, we’ll render a plain text, while on the /api we’ll render a JSON object. Our default domain with the address 127.0.0.1:3000, coupled with the two routes we created, will help us further understand how Nginx works.

Let’s configure Nginx to test run our server from the terminal.

At the end of the installation process we walked through earlier, Ubuntu 20.04 started Nginx. The server should already be up and running.

Open up your browser and navigate to your server’s IP address, where you can access the default Nginx landing page to confirm that the software is running properly.

For Nginx to listen for port 3000 from our Node.js application, we’ll change the directory to /etc/nginx/sites-available, where we’ll create a server block to contain configuration with the correct directives pointing to port 3000:

After changing the directory to /etc/nginx/sites-available, the second command will copy and paste the content of the default Nginx configurations into a new file named myserver.

Next, open the file and add the appropriate directives to port 3000:

Paste in the following configuration block, which is similar to the default, but updated for port 3000:

Save the changes and exit the file. Notice that we’ve created three more locations in the above configuration file, matching the predefined paths in our Node.js application.

For the next step, let’s enable the above file by creating a link from it to the sites-enabled directory, which Nginx reads from during startup:

The server block is now enabled and configured to return responses to requests based on the listen port and current port directives.

Now it’s time to start both our Node.js application and the Nginx service to effect the recent changes. But first, let’s check the status of Nginx to confirm that the configuration is working properly:

The output upon running the above command would look like this:

The above output confirms that our configuration was successful. Next, stop and restart Nginx to enable your changes. Nginx is started upon installation by default.

If Nginx doesn’t automatically start for some reason, the command to start it is:

Open a new terminal and change directory to the Node.js application. Now start your application using the following command:

Open your browser and access the Node.js application. Nginx should currently serve the application ports that were defined in the configuration file. You can test this by navigating to localhost/overview:

To further test that every other path we defined is working, let’s try the last path, /api:

In this tutorial, we learned how to set up Nginx as a Node.js server for backend applications.

Ngnix is a great tool for web application delivery, providing performance and scalability at both the ADC and web server layers.