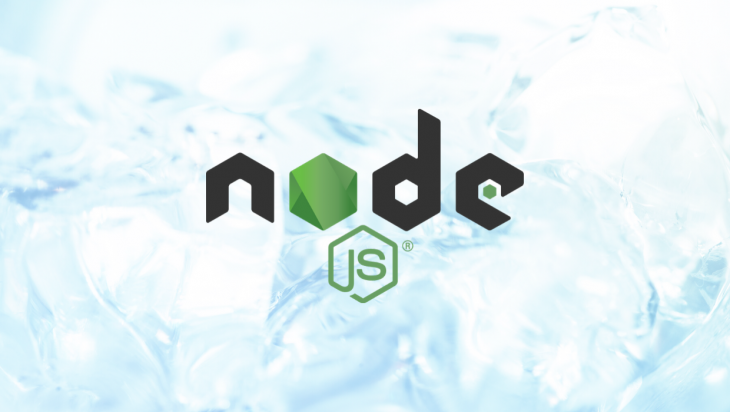 Just to clarify, I don’t hate Node.js. I actually like Node.js and enjoy being a full-stack JavaScript developer. However, it does not mean I do not get frustrated by it. Before I get into some frustrations with Node.js, let me say some of the things Node.js is awesome at:

However, there are some quirks about Node.js you should know:

The above pain points are not limited to Node.js by any means. However, in my experience with Node.js as of today, I came to have two prominent frustrations that I think need to be clarified in more detail. Please also comment if you felt similar or additional frustrations with Node.js and how you manage to cope with them.

Throwing errors in Node.js is not as straightforward as other languages (and frameworks). We have a lot of asynchronous code in Node.js and it requires you to pass the error in your callbacks and promises, instead of throwing exceptions or simply using try/catch blocks. Debugging the true nature of the error becomes much more difficult when you have to go a few callbacks deep or cannot figure out how an unhandled exception can cause your app to silently fail, and it is then when you wish for a smoother error handling process.

Before diving into error handling, we need to define some basics.

Node.js is built on top of JavaScript which is a single thread language. You get something called a call stack when having function calls. If any of your function calls take time to get resolved, we have to block the whole thread while we are waiting for the result to come back, which is not ideal in scenarios when we have to interact with a web application in browsers. The user still wants to work with the app, while we are waiting for some data to come back to us.

Here is where we get to the concept of asynchronous JavaScript, which helps us handle blocking code. To put simply, this is a mechanism to assign a callback to be performed when your registered function call is resolved. There are few options to handle this:

We have other options like async iterators and generators  or new async/await feature in ES2017 which is just syntactic sugar on top of the promise. But for simplicity, we just stick with the above options. Let’s see how error handling is maintained for both callbacks and promises.

Function callback — error handling with this approach is done using a Error First Callback method. When the async function gets back with a result, the callback gets called with an Error Object as its first argument. If we have no error, this will be set as null. Let’s look at an example:

When we call asyncFunction above, it approaches setTimeout as the first thing and cannot handle it synchronously. Therefore, it asks window API to resolve it and continues the program. When the result comes back (which in this case is an Error Object), it will call the function callback. Here come the frustrating parts.

We cannot use a try/catch in the context of asynchronous function calls to catch errors. So we cannot just throw an error, in our Error First Callback approach:

Promises are amazing at chaining multiple async functions together and help you avoid callback hell that can be caused by using the previous method. For error handling, promises use .catch method in the chain to handle exceptions. However, handling errors in them still comes with some concerns:

It is not straightforward how this needs to be handled in Node.js, but one common pattern is to add an immediate .catch methods to the async task in higher-level components and re-throw the error in them again. This helps massively in tracing an error in case it happens in any of their children, since we chain another .catch to the instances that calls the higher-level async task. Let’s see this with an example:

There are several tools for package management in Node.js like npm, yarn, and pnpm, which help you install tools, packages, and dependencies for your application to make the process of software development faster and easier.

However, as it is usually with the JavaScript community, defining good and universal standards are happening less and less compared to other languages and frameworks. Just Googling “JavaScript standards” show the lack of standard as people tend not to agree on how to approach JavaScript, except in few cases like Mozilla JS reference — which is very solid. Therefore, it is easy to feel confused which package manager you need to pick for your project in Node.js.

Additionally, there are complaints about the low quality of packages in the Node.js community, which makes it harder for developers to decide if they need to re-invent the wheel and build a needed tooling themselves or can they trust the maintained packages.

Finally, with JavaScript’s rapid changes, it is no surprise that a lot of packages that our applications are dependent on are changing as well. This requires a smoother package version management in Node.js which sometimes can be troublesome.

This is already confusing as we get two different symbols in front of package versions. What do they mean?

~ or tilde shows a range of acceptable patch versions for a package. For example, we are gonna update the app to all of the future patch updates for node-fetch ranging from 2.6.0 to 2.7.0

^ or caret shows a range of acceptable minor/patch versions for a package. For example, we are gonna update the app to all of the future patch updates for nodemon ranging from 1.18.4 to 2.0.0

This already seems like a lot of hassle for such a simple task. Additionally, we need to consider the fact that making a mistake in defining the correct range of dependency versions can break the app at some point. However, concepts like package.json.lock or yarn.lock are formed to help avoid making such mistakes by helping to make consistent dependency installs across machines. However, I wish there were more standard approaches in making sure severe problems do not happen due to flawed version control and management system in Node.js.

These are some frustrations I experienced with Node.js. But, here are some things to remember:

Kasra Khosravi Follow Founder at FeedbackOnSite.co.
« Caching strategies to speed up your API
How to create a CI/CD for a Laravel application using GitHub Actions »