ES modules in Node.js 12, from experimental to release 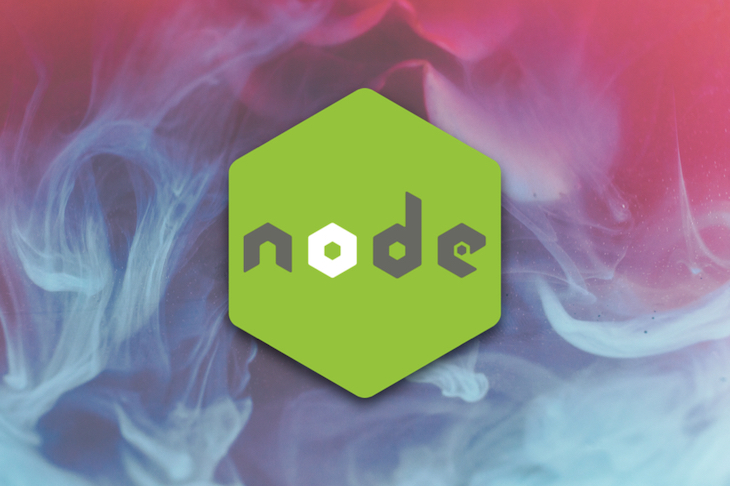 Different forms of modularization have been around in the JavaScript ecosystem for years. Developers have used well-defined specifications such as AMD or CommonJS as well as simple coding patterns like the revealing module pattern to gain the benefits of a well-modularized solution.

Modules can be used on the client side in browsers or on the server side in Node.js. Sometimes code is transpiled from one module format to another using tools like Babel. All of this makes for a messy and complex JavaScript module state.

Tip: This article focuses on ES modules in Node.js. Check out “CommonJS vs AMD vs RequireJS vs ES6 Modules” for an excellent comparison of module systems not specific to Node.js.

Let’s look at some of the key milestones for ES module support:

Tip: The Node.js Modules team has provided a more detailed set of guiding principles for the new implementation.

What is ES module support and why is it so important for Node.js?

For a couple reasons. For one thing, all major browsers already support ES modules — you can see for yourself here. Supporting ES modules on the server side in Node.js out of the box will allow full-stack developers to naturally write modular, reusable JavaScript for both the client and server.

For another thing, experimental features in Node.js are subject to non-backward-compatible changes or removal in future versions. That being said, experimental ES module support has been around in Node for a few years and is not expected to change dramatically before October 2019.

What are CommonJS modules?

The de facto standard for modules in Node.js currently (mid-2019 at the time of writing) is CommonJS. CommonJS modules are defined in normal .js files using module.exports. Modules can be used later within other .js files with the require() function. For example:

Use Node to run this example with node index.js.

Since Node v8.5, developers have been able to run variations of support for the ES modules specification using the --experimental-modules flag. As of Node v12.4, modules can be defined in .mjs files (or .js files under certain circumstances). For example:

Use Node to run this example with node --experimental-modules index.mjs.

Using CommonJS and ES modules in the same application

For example, let’s say we have two modules. The first is a CommonJS module, and the second is an ES module (note the different file extensions):

To use the CommonJS module in an ES module script (note the .mjs extension and use of the import keyword):

Use Node to run this example with node --experimental-modules index.mjs.

To use the ES module in a standard CommonJS script (note the .js extension and use of the require() function):

These examples provide a basic demonstration of how to use CommonJS and ES modules together in the same application. Check out “Native ES Modules in NodeJS: Status and Future Directions, Part I” by Gil Tayar for a deeper dive into CommonJS and ES Module interoperability.

At the time of writing, the new module implementation plan is in its third and final phase. Phase 3 is planned to be completed at the same time that Node 12 LTS is released and when ES module support will be available without the -experimental-modules flag.

Phase 3 will likely bring a few big improvements to round out the ES module implementation.

Developers expect module loading systems to be flexible and full-featured. Here are a few of the key features in development in the Node.js module loader solution:

While the naming and syntax is not final, the idea here is to have an object somewhere in the package.json file that allows packages to provide “pretty” entry points for different components within the package. Take this package.json as an example of a possible implementation:

Developers would be able to import the data component of @myorg/mypackage like this:

When referencing one module from another module within the same package, you may end up with a lot of backtracking that looks like this:

If this change is implemented, then backtracking can be replaced with a reference to the package’s name as defined in package.json. The new code would look like this:

Allowing an npm package to contain CJS and ES modules alongside each other is important to ensure there is a backwards-compatible, developer-friendly path to migrate from CommonJS to ES modules. This has often been referred to as “dual-mode” support.

The status quo approach to dual-mode support is for the existing main entry point in package.json to point to a CommonJS entry point. If an npm package contains ES modules and the developer wants to use them, they need to use deep imports to access those modules (e.g., import 'pkg/module.mjs'). This is the dual-mode solution that is likely to ship with Node.js 12 LTS.

There were some other proposals for dual-mode support. This widely debated proposal includes some options for making it easier for developers to ship packages with two separate implementations (ESM and CJS), but this proposal failed to reach consensus.

A newer proposal for require of ESM suggests a different approach that allows developers to resolve ES modules with require(). This proposal is still open but has went silent and is unlikely to be included in Node 12 LTS.

While the goal is for ES modules to eventually replace CommonJS modules in Node.js, no one knows what the future holds — nor how long before CommonJS module support disappears. But one thing is for sure: Node developers have spent considerable time and effort ensuring a seamless transition to a future without CommonJS.

They have done a fantastic job striking a balance between ensuring both module types interoperate with each other while trying not to introduce too many new dual-mode APIs that would become useless once the critical mass has migrated and it comes time to remove support for CommonJS from Node.

So when will CommonJS be removed from Node.js? Let’s make a wild, baseless prediction and say Node 18 with an --experimental-no-commonjs-modules and Node 20 for the final sunset. The future of modular JavaScript across browsers, servers and everywhere else JavaScript runs is an exciting one!

5 Replies to “ES modules in Node.js 12, from experimental to release”