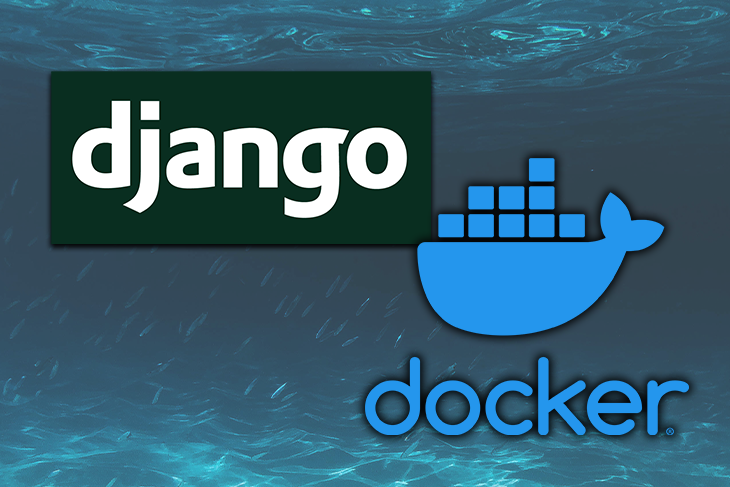 To actualize a Django project, most of the time you need an off-the-shelf solution in the form of a library or dependency.

This is usually not an issue and is often documented in the requirements.txt file.

The trouble starts when you attempt to share the entire project with another individual who wishes to run and test it because, unfortunately, the user will have to perform the setup from scratch every time you make significant changes in the libraries and dependencies.

But its best feature? Regardless of host or underlying infrastructure, your containerized application will always run the same way.

This guide will walk you through setting up a Django project with Docker.

Why should you use Docker?

Docker is a product that offers hardware virtualization at the Operating System (OS) level. This ability allows developers to package and ship software and its dependencies in order to distribute as containers.

In simple terms, you can now wrap up all the pieces your software needs in a single unit called a docker image, then ship or share this image with anyone. And, as long as the recipient has Docker, they will be able to run or test your project. Gone are the days of, “But it worked on my machine!”

Docker also offers a service called DockerHub that allows the sharing and managing of Docker images amongst developers and communities — essentially, a “GitHub” for Docker images. It does share some similarities with the code repository platform, such as uploading and downloading images via CLI commands contained within the Docker CLI.

For this tutorial, Docker scripting is done in YAML files and the files executed via the Docker CLI.

This guide will explore setting up Docker on an Ubuntu machine.

For other common OS platforms:

To download and set up Docker, run the instructions below:

Because this guide assumes you are already proficient in Django, let’s demonstrate the steps of running a basic Django Rest Framework app in Docker and displaying the default page.

Consider it the Hello world of Django and Docker. After this, you can dockerize any previous or future Django project you may have, especially one that has libraries listed in requirements.txt.

To start, run the below commands to get your Django app setup.

Navigate into your project folder, start an app named sample, and add rest_framework and sample to the INSTALLED_APPS list in settings.py.

In the views.py file, write a function that returns the message, “HELLO WORLD FROM DJANGO AND DOCKER”

Connect the main URL file and the app URL file such that HomeView is the default view accessed when a user accesses the app on the browser.

A critical step that many forget is to set up the ALLOWED_HOSTS to ‘*’ in order to allow access to the Django application from any IP. The code snippet is shared below

Finally, create a requirements.txt file in your root project folder where it normally lives and add the DRF library:

The app is now ready to be dockerized.

Notice that the Docker file is named. This is to allow the Docker CLI to track it.

In your project root, create a file named Dockerfile and open it. The Docker directives have been explained by the comments:

Running the app in Docker

To run the app, you need to perform only two steps.

Now, the app is ready for use!

With the proficiency gained in Docker, the logical next step is to know how to run multiple containers and in which order.

This is the perfect use-case for Docker Compose, which is a tool used for defining and running multi-container applications of any kind. Simply put, if your application has several containers, you will use Docker-Compose CLI to run them all in the required order.

Take, for example, a web application with the following components:

To run such as system, you will declare directives in a Docker-compose YAML file where you state how the images will be built, on which port will the images be accessible, and most importantly, the order in which the containers will be executed (i.e., which container depends on which container for the project to run).

In this particular example, can you take a calculated guess? Which should be the first container to be spun up and which container depends on the other?

To answer this question, we will explore Docker Compose. First, follow this guide to install the CLI tool on your host operating system.

With Docker Compose (and similarly to Docker), a particular file with a special name is required. This is what the CLI tool uses to spin up the images and run them.

To create a Docker Compose file, create a YAML file and name it docker-compose.yml. This ideally should exist at the root directory of your project. To better understand this process, let’s explore Docker Compose using the scenario demonstrated above: a Django app with a Postgres database, RabbitMQ message broker, and an NGINX load balancer.

One of the highlights of Docker Compose is the depends_on directive. From the above script, we can deduce that:

Luckily, there is a command that combines both build and run. It is called up. To run this command, execute the command below:

You can also add the build flag. This is useful when you have run this command before and you wish to build new images all over again.

Once you’re done with the containers, you may wish to shut down all of them and remove any static storage they were using, e.g., the postgres static volume. To do this, run the below command:

The -V flag stands for volumes. This ensures that the containers and attached volumes are shut down.

Follow the official documentation to learn more about various Docker Compose commands and their usage.

There are some files referenced in the script above that make the file less bulky, thus, making code management easier. These include the ENV file and NGINX Docker and config files. Below are samples of what each entails:

ENV file
The main purpose of this file is to store variables such as keys and credentials. This is a safe coding practice that ensures your personal keys are not exposed.

This is hosted in an nginx folder in the root directory. It mainly contains two directives: the image name to be pulled from Docker hub and the location of the configuration files. It’s named as any other Docker file, Dockerfile.

This is where one writes the NGINX configuration logic. It is placed in the same location as the NGINX Docker file in the NGINX folder.

This file is what dictates how the NGINX container will behave. Below is a sample script that lives in a file commonly named nginx.conf.

The Docker tips and tricks in this guide are vital for DevOps and full stack developer positions in any organization, and Docker is also a convenient tool for backend developers.

What you can’t do in Rust (and what to…

4 Replies to “Dockerizing a Django app”