David Chanin Follow I'm a fullstack developer working at EF Hello in London. I’m the maintainer of Hanzi Writer, a JavaScript library for Chinese character stroke animations and quizzes, and I built Wordsheet.io. 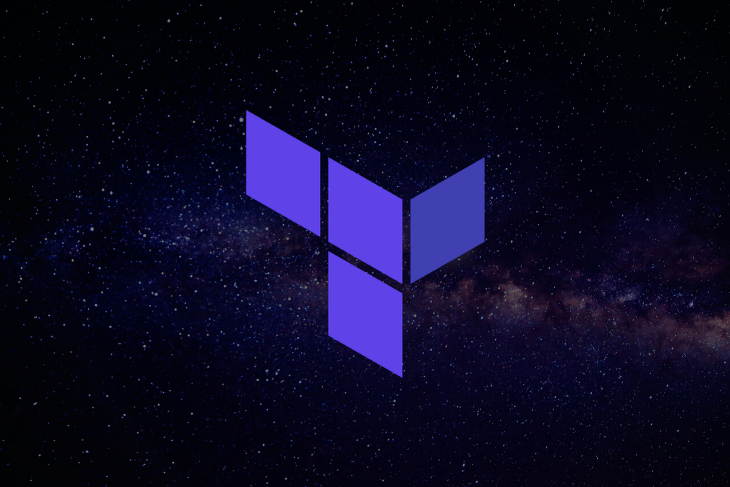 Terraform is an amazing tool for managing infrastructure, and it’s simple enough to get the hang of in just a few hours. However, once you get started using Terraform, you’ll quickly run into tasks that seem easy yet have no obvious solution. Let’s go over some tricks and hacks to help you get the most out of the popular infrastructure as code (IaC) solution.

Use count as an on-off switch for resources

count can be used to create an array of resources instead of just a single resource, so setting count = 0 will create an array of resources of length 0, effectively disabling the resource. This technique is common even within official Terraform modules. For example, the following abbreviated code snippet is from the official terraform-aws-autoscaling module source code.

This code creates an AWS autoscaling launch configuration if the variable create_lc is set to true when using the module.

Sometimes the built-in functionality Terraform provides just isn’t enough. For instance, you may need to execute some command locally on the machine that runs Terraform. You can do this using the mysteriously named null_resource. This acts like a normal resource within the Terraform resource graph but doesn’t actually do anything.

Why is this useful? Because null_resource can run provisioners just like any normal resource, including the local-exec provisioner, which runs a command on the local machine. You can control when this provisioner is run by passing in a triggers map.

For example, if the Kubernetes Terraform provider doesn’t have all the functionality you need, you could manually run the kubectl apply command using null_resource, as shown below.

In the above example, any changes to the contents of the Kubernetes config file or Kubernetes YAML will cause the command to rerun. Unfortunately, there’s no easy way to get the output of the local-exec command using this method and save it to the Terraform state. You’ll also need to make sure the machine running Terraform has dependencies installed to run the actual command specified by the local-exec provisioner.

It would be great if Terraform could handle dependencies between providers like this, but you can solve this chicken-egg dilemma by breaking up your Terraform project into smaller projects that can be run in a chain.

The second stage of Terraform config would then appear as follows.

Terraform makes it easy to take outputs from one resource and pipe them as inputs to another resource. However, it struggles when a resource writes a file on the local filesystem that another resource needs to read as an input.

Ideally, resources would never do this, but in reality, providers sometimes write outputs into local files instead of returning the output as a string. Terraform has no way to figure out that there’s a dependency between resources when that dependency comes in the form of writing and reading from a local file.

Fortunately, you can trick Terraform into realizing this dependency by using the templatefile() function. This function reads a file from the filesystem and substitutes any variables you pass to the function into the file as it reads it. However, if those variables come from outputs of another resource, then Terraform must wait for that resource to apply before reading the file.

This is demonstrated below using the alicloud_cs_managed_kubernetes resource from the Alicloud platform. This resource creates a Kubernetes cluster and writes the cluster config to a file on the local disk. We then read that file using templatefile() and write its contents to an output.

In the above example, the kube.config file is read via the templatefile() function with a variable that depends on the output of the cluster resource. The cluster_id variable is not actually used; it’s only there to force Terraform to wait for the cluster to be created before it tries to read the kube.config contents. If you use this technique, you’ll need to create the file on your local filesystem manually before the first run, since Terraform expects the file to exist before it begins its run.

Hopefully, these techniques will come in handy in your Terraform excursions. If there are any Terraform tricks you’ve found useful, feel free to share them in the comments below.

David Chanin Follow I'm a fullstack developer working at EF Hello in London. I’m the maintainer of Hanzi Writer, a JavaScript library for Chinese character stroke animations and quizzes, and I built Wordsheet.io.
« Using border-radius to make shapes: how to build a flower
How to set up a Headless Chrome Node.js server in Docker »