The complete guide to React Native for Web 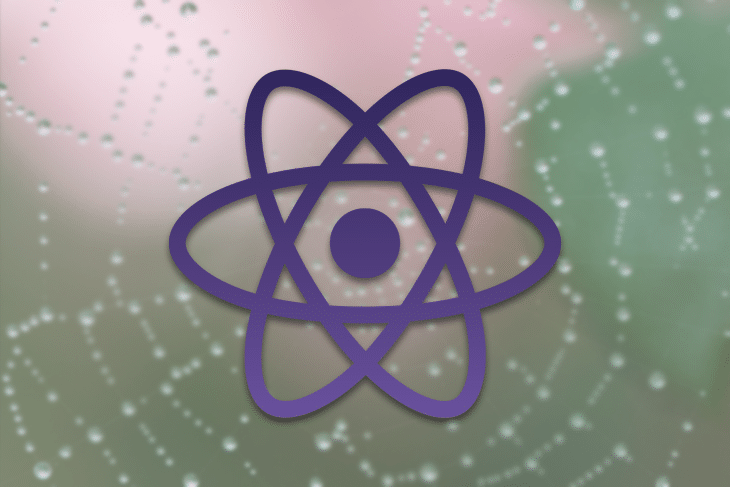 Editor’s note: This article was updated on 16 March 2022 to include information about the most recent release of React Native for Web and account for breaking changes.

One of the most important decisions to make when starting a new project is choosing your development stack. You need to select a platform on which most of your users are active, but at the same time, the platform shouldn’t be too restrictive.

The future growth of your application might require you to reach users on an entirely different platform. As such, your initial stack should be versatile enough to accommodate such growth requirements.

Speaking of versatile technologies, React Native for Web enables developers to use React Native Components and APIs on the web. This is a game-changer in the battle between mobile-first frameworks, as React Native is one of the most popular choices to build cross-platform mobile applications.

In this article, we will talk about the buzz surrounding React Native for Web and set up a demo project with it, too!

Can React Native be used for web and mobile?

Yes! With React Native for Web, developers can write a single React Native application that can run natively on Android and iOS, as well as on a web browser using standard web technologies.

But considering that React, the conceptual parent of React Native, is built specifically for the web, it’s worth questioning why such technology is necessary in the first place.

The reality is that the foundation of a mobile app is entirely different from the foundation of a web app. For instance, React uses basic HTML5 elements like div and span to construct its layout, while React Native uses custom UI APIs like View and Text. Due to this difference, very few technologies support building apps for both web and mobile.

React Native for Web is an attempt to bridge this gap. It is built to help create truly cross-platform applications using a single React Native codebase. But how does it do so? Let’s find out.

As mentioned previously, web apps and mobile apps have very different foundations. There are distinct APIs in both platforms to do the same job, like rendering the UI.

The idea behind any framework that aims to bridge this gap is simple: use one platform’s APIs to build the equivalent of the other platform’s APIs. React Native for Web does just that.

This raises an important point: not all native components can be made browser-friendly. Some mobile-oriented components make use of mobile hardware APIs, which are not directly accessible by a web browser.

This means we can’t use React Native for Web to completely port an app into its web version. But we can still port a major part of it, and more often than not, that is sufficient.

Styling is another area of difference between React and React Native. In React, we can use a long list of styling solutions, including CSS, Sass, CSS-in-JS, etc. In React Native, on the other hand, all styles are written in CSS-in-JS.

Perhaps unsurprisingly, React Native for Web adopts the CSS-in-JS approach of React Native, ensuring that the same set of styles works well in both mobile and web.

Getting Started with React Native for Web

Now that we have a theoretical understanding of the concepts behind this addition to the React Native family of APIs, let’s go through the installation process to understand how to set up our web-friendly React Native application.

There are two ways we can set up a React Native for web applications: Expo and Create React App.

Expo is a framework for universal React application development. It supports developing Android, iOS, and web applications via Expo for web.

Expo for web comes with a collection of cross-platform APIs out of the box, including web build optimizations, and provides a universal SDK for running native mobile Expo apps on the web using React Native for Web.

To bootstrap a React Native for Web application using Expo for web, follow the steps below:

Create React App is the standard way to bootstrap web-only React applications. Although it comes with built-in support for aliasing react-native-web to react-native, it is still recommended to use Expo.

However, we can bootstrap a React Native for Web application with CRA by following the steps below:

Prepare your React Native application for the web

Let’s start by bootstrapping your Expo project with the following:

Note that by using npx, we use the latest version of the CRA package. This removes the hassle of managing its version locally when we install it globally:

Now that we have the main packages installed, we will register our App root component using React native’s [AppRegistry.registerComponent](https://reactnative.dev/docs/appregistry) — note that if you are using expo-cli this step is not required.

AppRegistry is the JavaScript entry point to running all React Native apps, and you can register the App root component by replacing the code in the index.js file with the following:

Next, let’s add some boilerplate code that uses the React Native CLI. Replace the code in the App component with the code below:

Now, we can test the app by running:

And we should get the following. 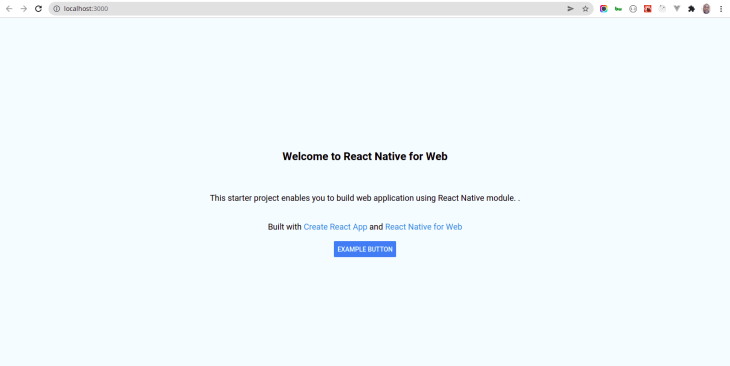 Customization and enhancements with webpack and Babel

CRA does a lot for us under the hood, such as package aliasing and optimized webpack configuration.

CRA also provides an internal optimized webpack configuration, but for savvy developers who have custom needs (such as using Babel for transpilation or build enhancement) you should bootstrap your application using Expo. Also, be sure to add your custom webpack configurations to your webpack.config.js file as seen in the example below:

In the code above, webpack uses the babel-loader to convert ES2015 and JSX code into browser-friendly JavaScript.We have manually set up package aliasing using webpack’s resolve.alias. The $ simply specifies a direct match.

Note that in order to use the above configuration, we need to manually install the required dependencies as seen below:

Although CRA provides some out-of-the-box functionality, it is generally recommended that you bootstrap your application using Expo, especially if you are building a multi-platform app.

For build-time optimizations, it is recommended you use the babel-plugin-react-native-web plugin. You can install it as a dev dependency like so:

Plus, platform-specific code can be added using the platform module:

Interestingly, React Native for Web is used in production web apps by Twitter, Uber, and Major League Soccer. I hope you learned enough to try it out in your next multi-platform project.

2 Replies to “The complete guide to React Native for Web”