A comparison of Vue.js build tools 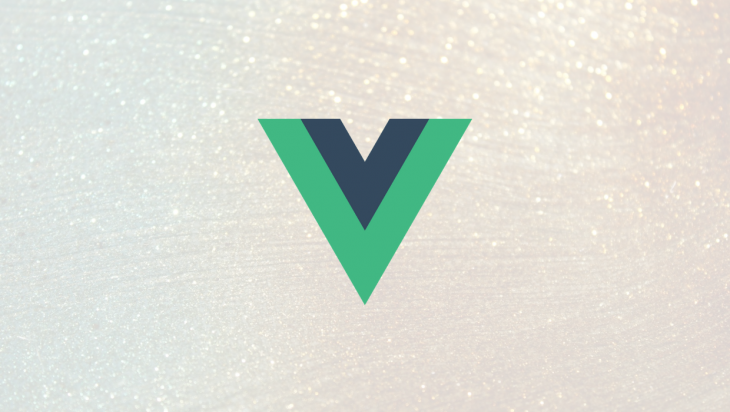 Build tools are an integral part of developers’ workflow, JavaScript build tools were proliferated by the rise of single page application(SPAs) and modern JavaScript (ES6).

The term “build tool” is used to describe the resulting process of automating simple recurring tasks with packages, tools, libraries, and preset templates.

Build tools include a wide variety of different tools such as:

In this article, I will be doing a comparison of scaffolding build tools available in the Vue.js ecosystem for efficiently building projects, what they offer, how they might improve your development workflow, and how to get started with using them.

Scaffolding tools are an abstraction built atop several build tools and, most notably, development servers/module bundlers, they remove the hassles of configuring and using build tools.

Scaffolding tools help you bootstrap new projects on the fly. You won’t have to worry about configurations to get started with using the bootstrapped projects.

Scaffolding tools also include configuration options for projects, the ability to save configuration presets for future projects and mechanisms to upgrade dependencies of projects built with them.

The tools available to scaffold applications and libraries in the Vue community that we will compare are:

Vite is an opinionated web dev build tool that serves your code via native ES module imports during development and bundles it with Rollup for production.

create-vite-app is a boilerplate to bootstrap new Vite projects, with create-vite-app you do not have to install the Vue package as it comes bundled with Vue as the default starter and you can then install other app dependencies. create-vite-app also supports other frameworks such as React and Preact. One can also configure what template to use with the --template flag.

It is important to note that Vite is still very much experimental and is undergoing work to make it suitable for production. It is best to not use it on critical projects until it becomes stable.

Vite also is not backward compatible yet, so it does not support any other Vue.js version besides Vue 2.

Included with Vite is an incredibly fast hot module replacement(HMR), your file changes are reflected in the browser almost immediately, it also has out-of-the-box support for TypeScript, .tsx and .jsx files using esbuild for transpilation, CSS preprocessors, PostCSS, and CSS modules.

Other features of Vite include:

You can read up more about Vite here.

What is Vue CLI?

Vue CLI is the official Vue.js scaffolding tool for projects, built on top of webpack, it is a tool that saves developers the hassles of configuring and setting up the build processes for their projects. It gives an organized code structure and helps you pick and choose what tools you want in your app while it takes care of the configuration and lets you focus on writing the code that powers your project.

It also has out-of-the-box support for Babel, TypeScript, ESLint, PostCSS, and CSS preprocessors, progressive web apps (PWAs), unit testing, and end-to-end testing. It also has an extensible plugin-based architecture that allows developers to build, share, and use plugins to solve specific problems.

You can also add routing with Vue Router and state management with Vuex during the scaffolding process of your project and you get hot module replacement(HMR) out of the box. Some other notable features are: 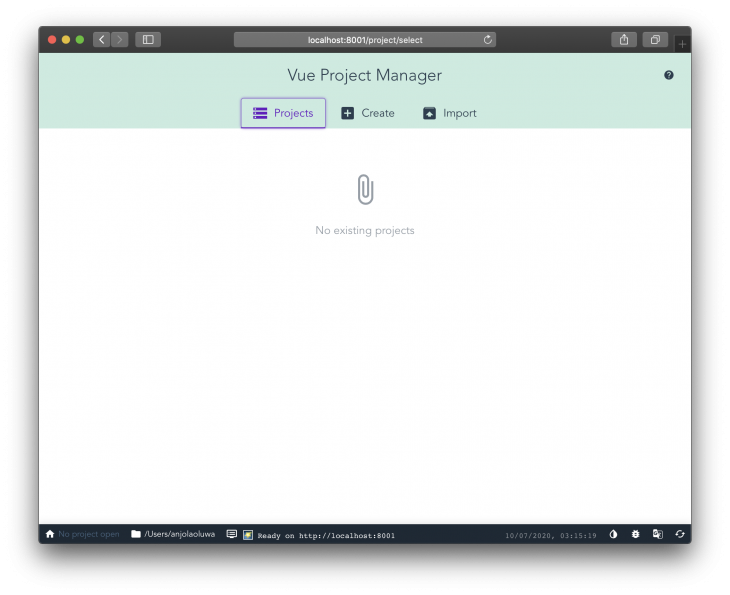 Poi is a zero-config bundler that is built on top of webpack, it aims to make developing and bundling apps with webpack as easy as possible by using pre-configured presets. Poi is framework agnostic and can work with any JavaScript framework. Poi prioritizes performance and speeds up the loading of your application by minifying and mangling your code.

Poi offers a great development experience while also providing an option for extending your app with a configuration file.

It also has several notable features such as:

Bili is described in its official documentation as a delightful library bundler.

Bili is the Rollup alternative to Poi, it is a zero-config bundler built on Rollup, it makes development setup a breeze, it is more suitable for building libraries rather than web apps.

Note: There is no CLI interactive shell for Bili.

The tool offers both a command-line and Node.js API, so developers can choose which works best for their use case, it is future proof because it is transpiled by Babel using babel-preset-env and babel-preset-typescript, so you’re free to use modern JavaScript features, some of its features, as stated in its documentation include:

To get started with using the Vue CLI tool. Install the CLI tool with one of the following commands:

Installing the CLI package globally gives us access to the vue command in our terminal, the vue create command helps us create a new project: 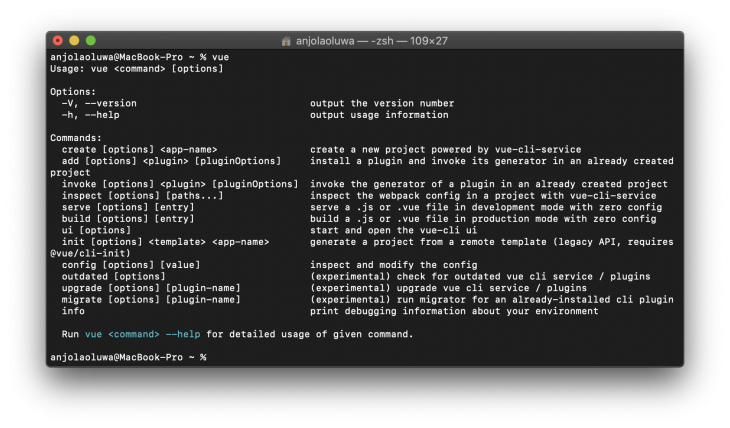 Next, create a new project with the vue create command:

I’m using the name “testing-vue-cli” as the project name for this tutorial, it can be replaced with whatever name you see fit.

Running this command gives you an interactive scaffolding experience, where you can choose the packages your app will need, you can also decide to save the configuration as a preset for your future projects: 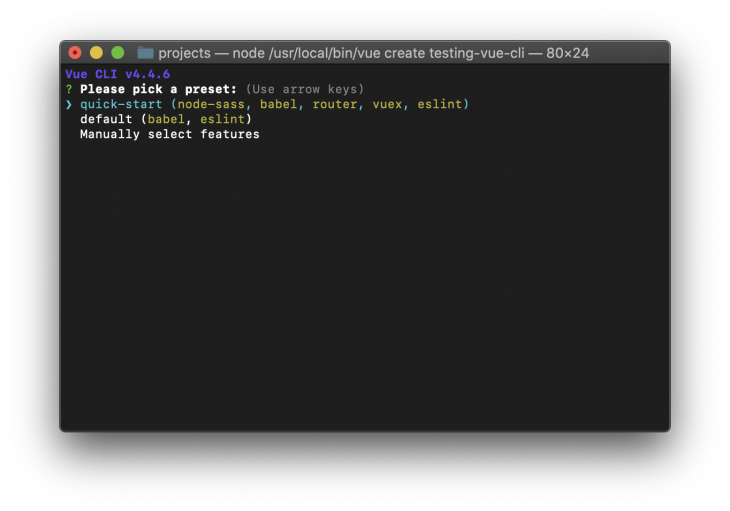 Next, change the directory to your project folder:

Serve your app by running one of these commands:

Your app should be running on http://localhost:8080 by default after running the command: 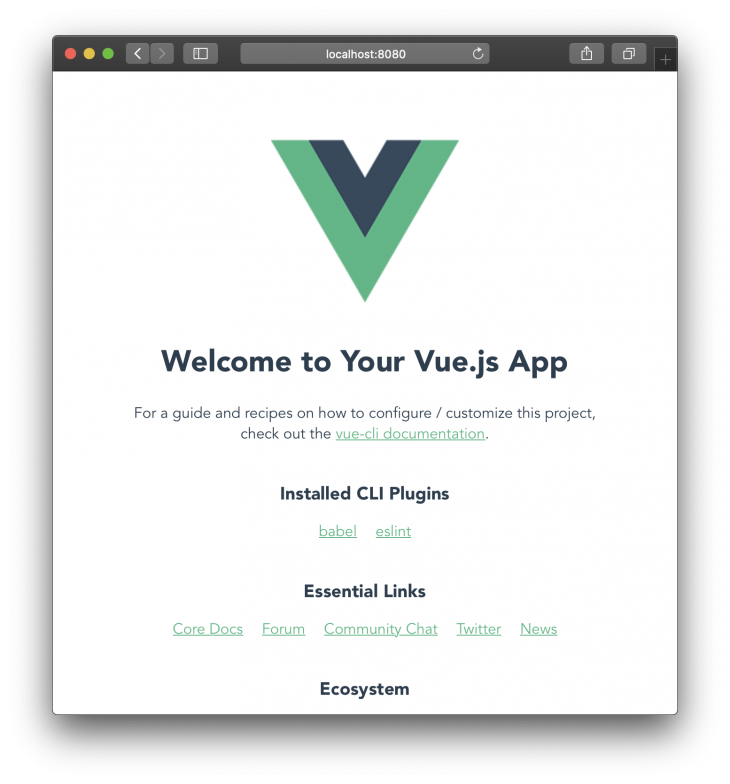 Run this command to create a new Vite app with the boilerplate:

Now, change to the created project directory using the command:

Then proceed to install the necessary packages required for our project to work:

You can then spin up your development server in the browser by running the command:

You should get something similar to this running on http://localhost:3000 after running the dev command: 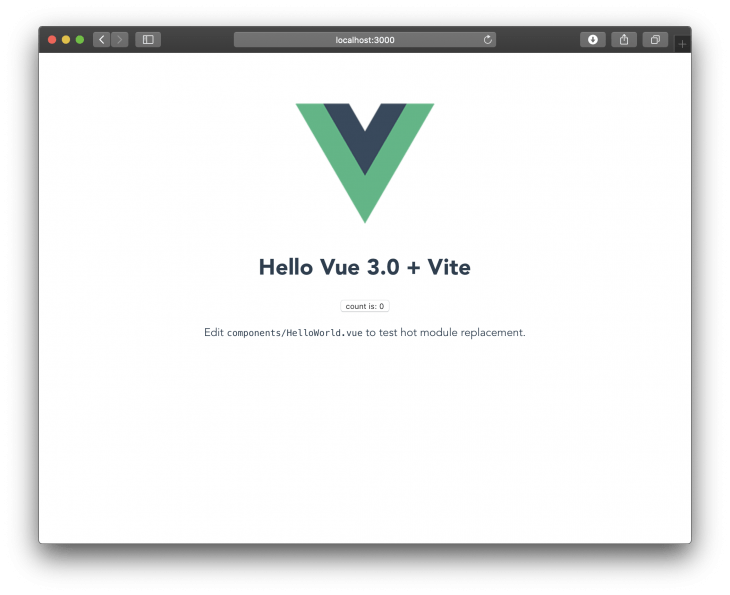 To get started with using Poi to bootstrap your project, first install the Create Poi App CLI tool:

This command makes create-poi-app available to use globally. You can now access the cpa command to create new projects: 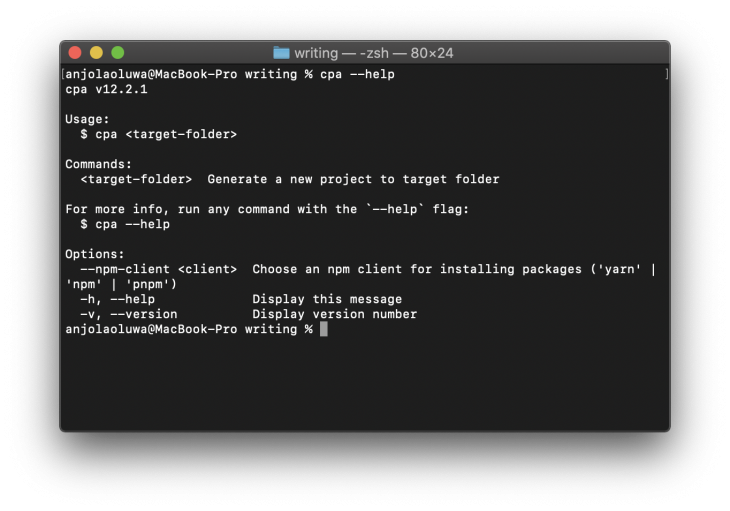 Create a new project with the command:

Running this command will give you a shell where you can decide which tools to include in your project: 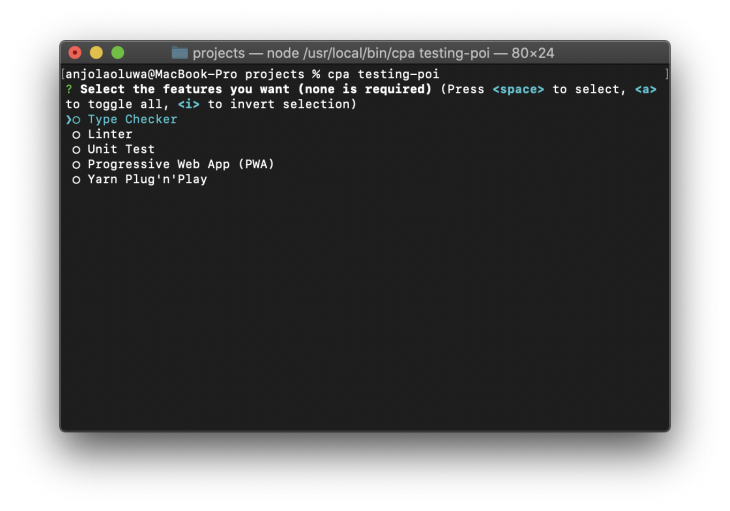 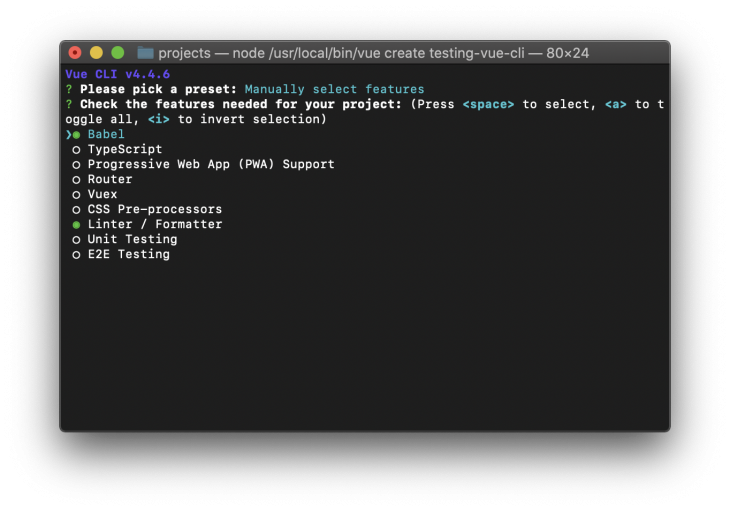 Next, change to your project directory using:

Open the index.js file located in the src finder and include the following:

Next, create an App.vue file in the src folder, include the following inside the file:

You can now run your development server in the browser by running the command: 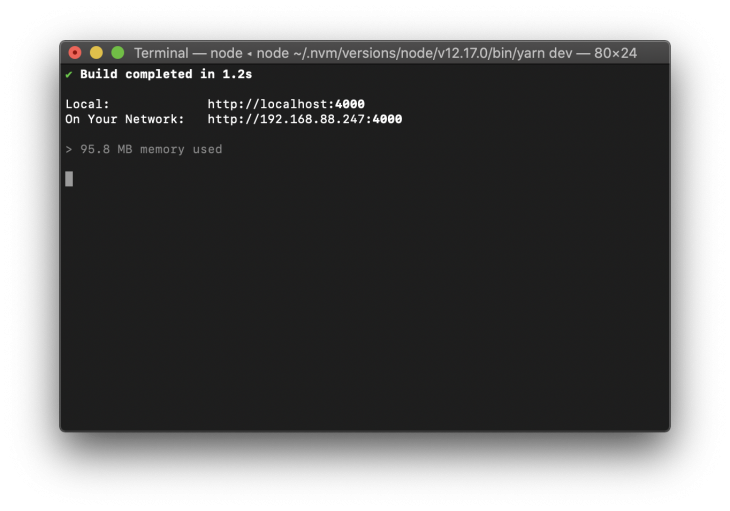 You should get something similar to this running on http://localhost:4000 after running the dev command: 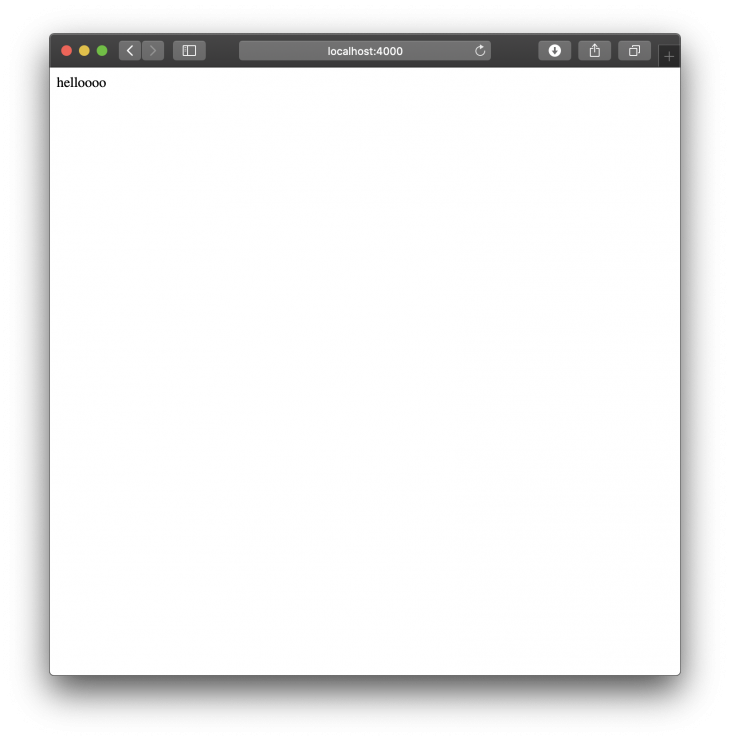 To use Bili to bootstrap your Vue projects, first create a new directory for the project:

Change your working directory to the created folder:

Then initialize a new package.json file in the directory with:

Next, install Bili as a development dependency:

Add an entry file for your project by replacing the value of the main key in your package.json with the following:

Next, install Rollup plugin for Vue, which makes it possible to bundle single file components with Bili:

Then configure your npm scripts to use Bili to run your project, add the following to your package.json file:

Next, create an App.vue file and include the following:

Next, create a bili.config.js file and include the following inside the file:

Then, you can build the project with the command:

The compiled file should be located in the dist folder in your project. 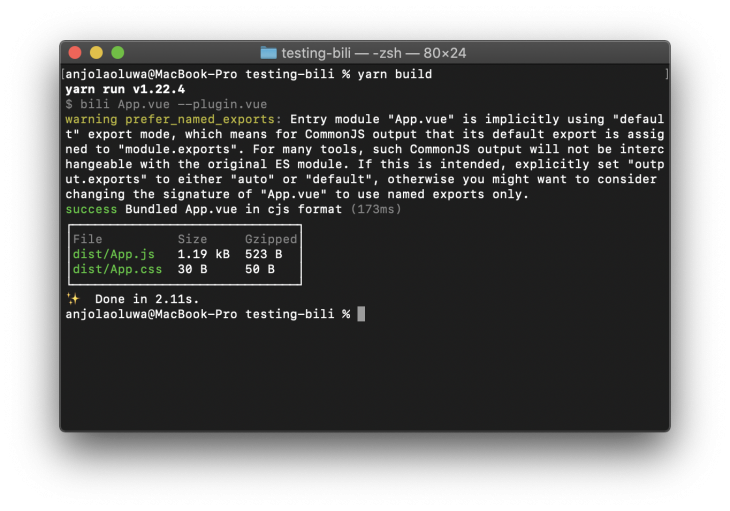 Ease of use and plugins

One of the advantages of Vue CLI is the wide availability of plugins for almost any purpose, this makes it easy to extend your project’s capabilities with third-party plugins or by building your own plugin.

Although all four libraries were built to achieve almost similar results, the documentation for Vue CLI and Poi are of almost the same standards while Vite currently does not have a complete documentation. Vite is still under active development and one would need to read documented parts of the library’s codebase to perform some advanced actions. Bili’s documentation, on the other hand, is bare-bones and a new user might get confused (as I did when reading through it) and run into errors while trying to use it in a Vue project.

Vue CLI is the recommended tool of choice by the Vue.js team making it the default choice for many developers.

Despite being a relatively new library, Vite has amassed 9.1k stars and it is being used by 755 repositories, it also has 54 contributors and a weekly download of 5,863 on NPM: 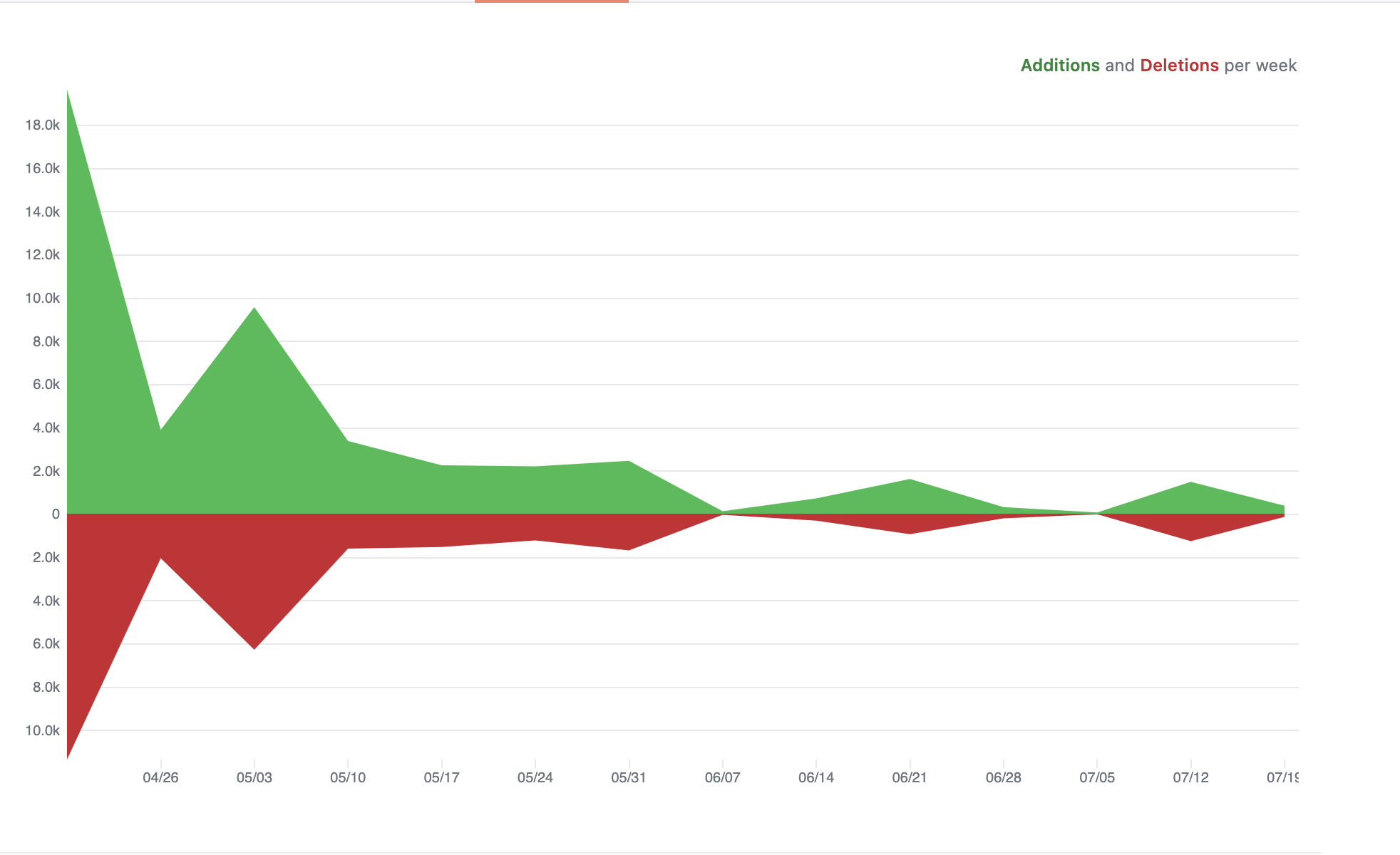 Poi has 5k stars on GitHub, has 57 contributors on GitHub and has a weekly download of 1,760 on NPM: 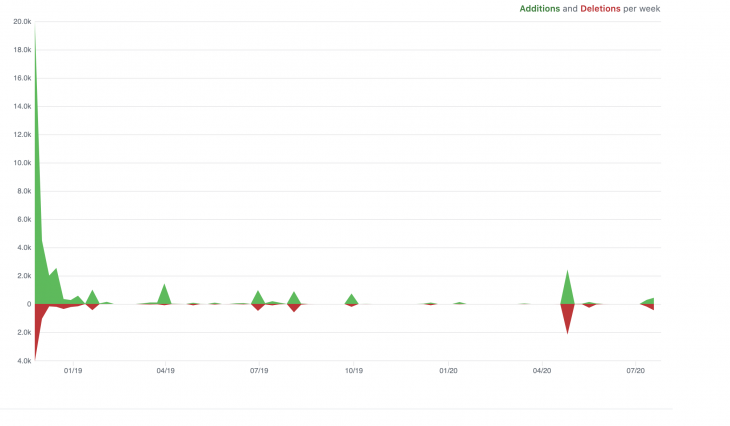 Vue CLI has the highest stats with 24,236 weekly downloads on NPM, it is also been used by over 400k repositories, it has 370 contributors and has garnered 25.9k stars on GitHub: 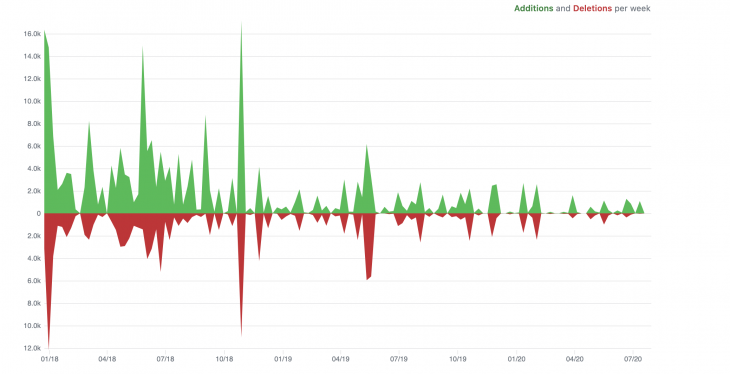 Bili has managed 878 stars on GitHub, it is being used by 1529 repositories and has 20 contributors to the repository: 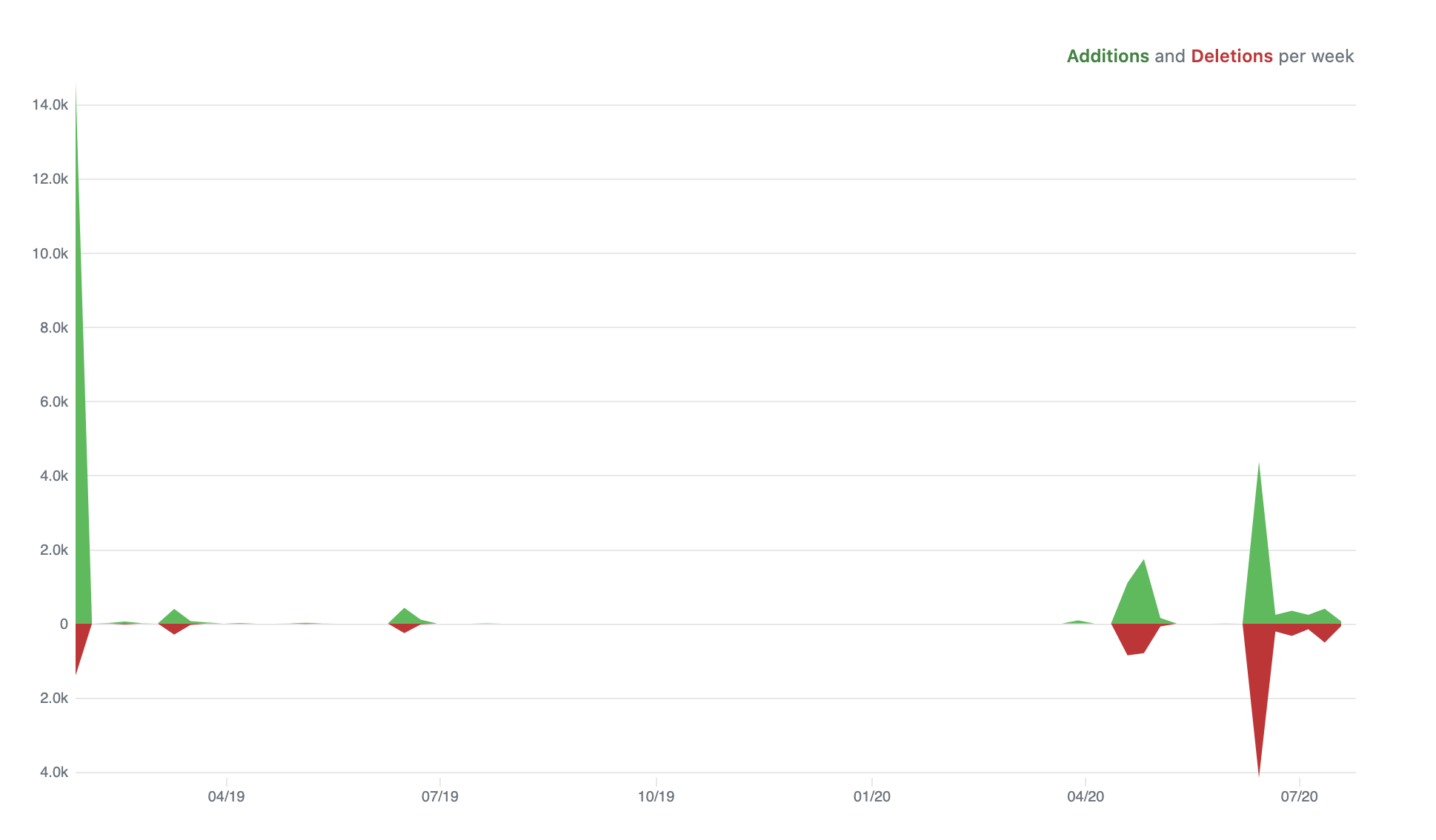 In this article, we’ve taken a look at some of the features that stand out among four awesome build tools for bootstrapping Vue projects, Vue CLI is the default choice by many developers because it makes bootstrapping and managing projects a breeze and it is also easy to extend its capabilities with plugins. Vue CLI also has more features than any other tool available to scaffold projects.

The four scaffolding tools we have looked at today are similar with only a few fundamental differences which are largely customization options and seamlessness using them.

Although Vite is still experimental, we can see how it mirrors the seamlessness of Vue CLI (both were built by the same person).

Which one do you prefer and why? Let me know what your thoughts are in the comments section or if there are any other comparisons you want me to write on.