Bun: The JavaScript runtime taking on Node.js and Deno 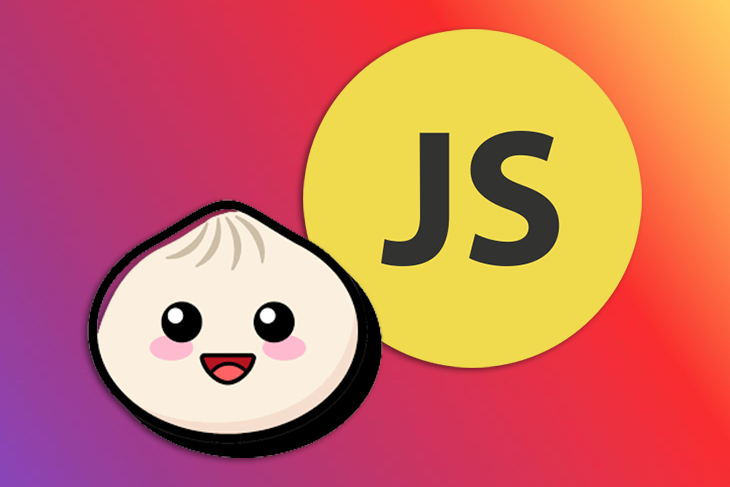 Bun is a new, blazing fast JavaScript runtime that has everyone talking. To understand why Bun is such a big deal, let’s first review some important JavaScript history.

What is a JavaScript engine?

When JavaScript was first created, it only ran in browsers, originally Netscape Navigator. However, developers needed software that could read JavaScript code and turn it into something that could run on the computer. This technology is known as the JavaScript engine. At the time of writing, there are three main JavaScript engines that power your favorite browsers:

Each JavaScript engine has its own minor differences in its support for the JavaScript spec, how quickly it adopts new JavaScript features, and its ease of use and performance.

Eventually, in 2009, Ryan Dahl first began to develop a tool that would allow JavaScript to run outside of the browser. When choosing an engine to build this tool around, he chose V8.

What he created was a JavaScript runtime, a tool for running JavaScript outside of the browser. It gave JavaScript access to your broader computer network and file systems for creating web servers and any type of application you can think of.

Node.js has since exploded in popularity, becoming a go-to tool in frontend and backend web development. When Node.js was created, many modern JavaScript standards didn’t exist yet, like the Fetch API, ES modules, and more.

One of the most interesting choices is that Bun uses the JavaScriptCore as its engine, unlike Node.js and Deno, which use V8. The result is a blazing fast runtime that also offers several quality of life features for JavaScript developers.

Bun also has first class integration of TypeScript and JSX. It aims to provide many of the features of transpilers, like Babel, and Bundlers like Webpack, Rollup, Snowpack, and Vite.

Taking Bun for a test drive

To get started with Bun, first, we’ll have to install it. According to the Bun documentation, installation requires only the following command:

Keep in mind, this command will only work on Mac and Linux. So, if you’re using Windows, you’ll need to set up Window Subsystem for Linux to install Bun.

Once it’s done installing, make sure to read the confirmation prompt with directions for adding Bun to your PATH. It will require you to add the following lines to your .bashrc or .zshrc files:

Now, if you run bun--version, you should get a version number printed confirming you have installed it correctly.

Create a file called script.js and add the following code inside it:

Bun.serve initiates the server and takes an object with the server configurations. On each request, the request object is passed to a function stored as the fetch property on the configuration object.

We can run Bun.serve by using the command bun run script.js and then going to localhost:3000 to see the response to our request. If we wanted to change which port it will serve on, we can add a port property to the object passed to Bun.serve.

Bun has a pretty simple API for writing to files. Let’s modify our script to write to a file each time we submit a request:

Run the code above and visit localhost:3000/cheese, and you’ll see two new files created, 1.txt and 2.txt. The first argument of Bun.write is the target of the write, like a file or stdout, and the second argument is what to write.

Built in support for SQLite3

Unlike other JavaScript runtimes, you don’t have to install SQLite3 because it’s built in out of the box. Let’s create a new file called db.js with the following code:

Run the code with bun run db.js, and you should see the records that are inserted logged on the terminal.

Another really nice touch is the ability to use .env files out of the box. You can simply access them with process.env like in Node.js without needing to install any libraries. Create an .env file with the following command:

Now, let’s update our script.js with the following code:

Now, when we run bun run script.js and visit localhost:3000, we should should see the information from our .env file being returned.

Beyond being super fast, Bun has some very nice features that make many of the more mundane tasks like writing files, managing simple databases, and using environmental variables quite easy.

Will Bun overtake Deno and challenge Node.js for its throne? We’ll have to wait and see. Bun will at least, like Deno, show off many innovations that Node.js can adopt while carving out a space of its own.

Either way, it’s a big win for JavaScript developers everywhere to have another runtime in the space. At the time of writing, Bun is still early in its development with many APIs and features not yet implemented. However, what is available so far is quite impressive, so it’s worth keeping up with.

Be sure to check out this video of my first test run of Bun and leave a comment if you have any questions. Happy coding!

Alex Merced Follow I am a developer, educator, and founder of devNursery.com.
« Effortless database schema migration with Prisma
How to detect mouse movement as an input in Unity »

How to build a credit card scanner with React…

One Reply to “Bun: The JavaScript runtime taking on Node.js and Deno”