Ochuko Onojakpor Follow Ochuko is a full-stack Python/React software developer and freelance Technical Writer. He spends his free time contributing to open source and tutoring students on programming in collaboration with Google DSC. 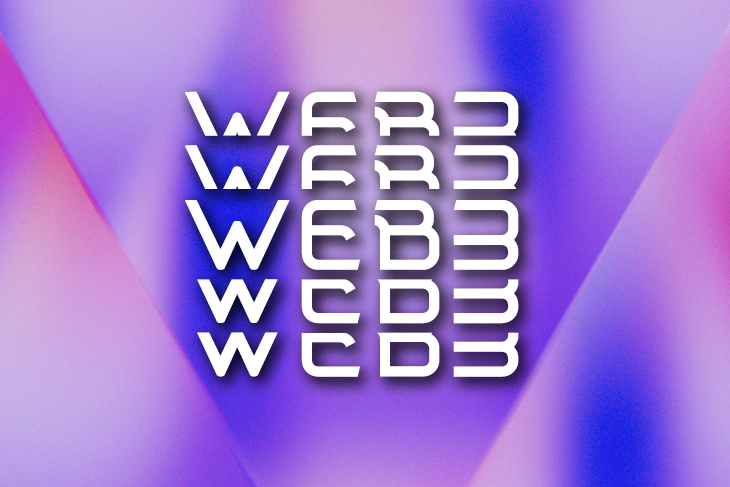 The internet has been changing phases since its inception, from web1 to web2 to web3. Web3 is the latest version of the internet built on the basis of a decentralized internet, smart transactions without strict governance, and artificial intelligence.

Blockchain is the leading technology Web3 is propagated on. As Web3 is still very much new, the blockchain has been in operation for a while, made popular by the way it works and the benefits it gives users.

Getting into the blockchain space can be difficult and intimidating because of its new concepts and continuous updates. Catching up with this technology can seem like a pain, but technologies like Web3 make interaction with the blockchain easier and less expensive.

The purpose of this article is to understand Web3 and its benefits, including use cases and best practices. While many people claim Web3 is the future, how many really know how it works or its purpose? This article should give some answers to this question.

In all, we’ll review:

To follow along with this article you will need basic knowledge of the following:

Before adopting best practices in any concept, we should look at the benefits that concept provides us, so let’s look at each benefit Web3 provides developers.

There are countries in the world where the internet and information are censored. With Web3, individuals maintain ownership of the data they publish online while maintaining anonymity, thus reducing censorship.

Since the blockchain is designed on a cryptographically secure digital identity, there is little need for creators to attribute their highly sensitive/traceable personal data to the data they publish online.

So, it becomes difficult to discover who publishes this data or control the creators on what and what not to publish.

Few to no middlemen

In technologies that require intermediaries to make certain transactions like money exchange, business contracts, stakeholding, and so on, decentralization helps create smart contracts that manage those transactions without the need of any middlemen.

By defining rules that must be fulfilled to carry out a transaction, Web3 can build application software that can communicate with smart contracts via the smart contract application binary interface (ABI) and remote procedure call (RPC).

Since most of the Web3 applications are built on blockchain technologies, they are more secure than traditional applications because the blockchain has high tamperproof quality.

Room for collaboration and opportunity

Because most Web3 projects are open source, there is more room for innovation because projects can be built on other projects, or resources can be tapped from one project and used in another.

For instance, projects like Polkadot are built on Web3 but also serve as a protocol for other Web3 projects.

Smart contracts are automated rules that ensure all agreements on a transaction are met without any intermediaries.

DeFi apps are financial applications built on blockchain technologies to retain their decentralization while being coordinated by smart contracts.

DeFi, as common as it sounds, is a concept that a lot of people can misunderstand. While finance is a concept built on trust, how can it then be decentralized when people can’t know who exactly is in control of their finances?

DApps, similar to DeFi but not specifically focused on finance, have the same custom of building software applications on decentralized servers/nodes of operations.

These are distributed open-source applications that run on peer-to-peer blockchain networks that allow individuals to maintain ownership of their data. With Web3, users can transact data across these various networks or decentralized nodes/servers.

For instance, Brave browser and BitTorrent are examples of DApps where data transfers are done on P2P networks.

Having discussed the various use cases and real-life applications of Web3, it is necessary to know how to best implement these applications. Nowadays best practices sound trivial, but we shouldn’t overlook them.

Sometimes the security or sustainability of a product is dependent on the practices or approaches taken to build the product. So, let’s go ahead and discuss some best practices when working in Web3.

Use complex and simple passwords

Yes! A password can be complex yet simple. These passwords should be simple so owners can easily remember them but complex enough for hackers or unauthorized people and software to access/crack.

The following are some considerations that generally ensure that a password is complex but simple:

There are also platforms that help to generate complex but simple passwords:

The image above Intel created illustrates cracking a password and comparing the complexity of the password creation to the time it takes to crack the password.

Use two-factor authentication in your applications

One of the trickiest threats in the software world today is social hacking using visually relatable information to lure users into giving out their details to scammers.

Two-factor authentication is designed to reduce the access of scammers in this kind of scenario because this process validates more than just emails or passwords, such as validating the device used for the authentication.

Do not store users’ money on exchanges

As far as blockchain or crypto is concerned, exchanges are highly targeted by hackers. Therefore, if your application holds users’ money, it is better to keep them in decentralized wallets (either hot or cold wallets) like Metamask, Phantom, or any other trustable wallet.

Using these wallets means they are less prone to hacking and the security relies more on the owner of the wallet. As a developer handling a user’s token, it is best to have a wallet for the application where tokens can be stored instead of holding them in exchanges.

This can be difficult, but if possible, it is important to purchase hardware devices directly from manufacturers because devices used to create Web3 projects must be secure and free from breaches.

Because companies can be targeted and sold bugged devices that can steal confidential information, avoid this by purchasing devices directly from manufacturers so issues can be easily traced.

While using Web3 or Web3 technologies, there will be various events where you must generate a private key or seed phrase for a wallet or account.

For instance, when a user creates a new wallet, a combination of phrases can be given to the user for future authentication. These keys might not be retrievable if lost, and they might not be changeable, which means no unauthorized person can have access to these details.

As a developer, the best way to secure this kind of information is to store them in locally-hosted databases that cannot be accessible to public networks; they can be written in a diary and kept safe or use hardware-based protection such as a hardware security module (HSM).

Use environment variables to store information

When deploying applications to production, use environment variables to store information like private keys.

Because the source code of an application can be stolen, if these details are found in the code, they can be used to access wallets or accounts holding authentic data or properties.

For instance, when using information like a private key in an application, instead of using them directly in the code like this:

Use an environment variable that is defined in the server then import it into the application with the variable address.

To do this, first define an environment variable in the system console:

Then, call the environment variable in the application:

Adopting these best practices can go a long way to secure and boost the reliability of any product.

As for security, no amount of encryption or authentication can guarantee 100% safety. The practices suggested in this article can simply help to reduce the risk and potential of security threats.

Also, having discussed the benefits and use cases of Web3, everyone should embrace the concept and see how best it can be utilized for the betterment of the internet and web technology as a whole.