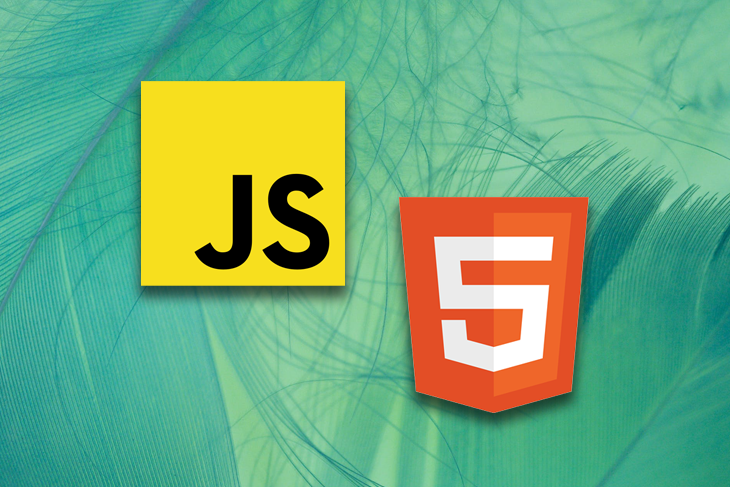 Editor’s note: This article was last updated on 21 November 2022 to update information and add visual examples for the JavaScript and HTML game engines.

The truth is, since the introduction of the JavaScript WebGL API, modern browsers have intuitive capabilities that enable them to render more complex and sophisticated 2D and 3D graphics without relying on third-party plugins.

You could start your web game development journey with pure JavaScript, which is probably the best way to learn if you’re a beginner. But why reinvent the wheel when there are so many widely adopted game engines to choose from?

This guide will explore the top six JS/HTML5 game engines, ranked by the number of GitHub stars, and walk you through how to use them.

Three.js is one of the most popular JavaScript libraries for creating and animating 3D computer graphics in a web browser using WebGL. It’s also a great tool for creating 3D games for web browsers.

Because Three.js is based on JavaScript, it’s relatively easy to add any interactivity between 3D objects and user interfaces, such as keyboard and mouse. This makes the library perfectly suitable for making 3D games on the web.

If you’re looking to delve into creating simple or complex 3D objects on the web, Three.js is the go-to library. Its top advantages include a vast community of talented users and abundant examples and resources.

Three.js is the first 3D animated library I worked with, and I’d recommend it to anyone starting out with game development.

Let’s create a simple rotating geometry to demonstrate what Three.js can do:

Create an init function to set up everything we need to run our demo animation with Three.js:

Next, create an animate function to animate the object with your desired motion type:

Refer to the repo and official documentation to learn more about Three.js.

If you’re looking for a JS library to create rich and interactive 2D graphics with support for cross-platform applications, look no further than Pixi.js. This HTML5 creation engine enables you to develop animations and games without prior knowledge of the WebGL API.

Pixi is a strong choice in most scenarios, especially if you’re creating performance-oriented 3D interactive graphics with device compatibility in mind. Pixi’s support for Canvas fallback in cases where WebGL fails is a particularly enticing feature.

Let’s build a simple demo to see Pixi.js in action. Use the following command or CDN to add Pixi.js to your project:

Create a script file and add the following code:

Refer to the repo and official documentation to learn more about Pixi.js.

Phaser is a cross-platform game engine that enables you to create JavaScript and HTML5-based games and compile it for many platforms. For example, you might decide to compile your game to iOS, Android, and other native apps using third-party tools.

Phaser is good for developing cross-platform game applications. Its support for a wide range of plugins and the large community of developers building games with Phaser make it easy to get started with the framework.

Let’s build a basic application with Phaser. First, install Phaser as a Node module or via CDN:

Next, pass in some default configurations to your Phaser engine:

Create a preload function to load in your default static files:

Refer to the repo and official documentation to learn more about Phaser.js.

Babylon.js is a powerful, simple, open game and rendering engine packed into a friendly JavaScript framework.

Many large brands trust Babylon.js as their game development engine of choice. The Babylon Playground, a thriving hub of code samples, is a great tool to help you get started with the framework.

Babylon and its modules are published on npm. To install it, run the following command in your command line tool:

Alternatively, you can integrate the library into your project via CDN. To do so, create an index.html file and add the following code:

After installation, you can start using the library by importing the global object or destructuring the scene and engine methods like so:

Next, create a script.js file and include the following code:

Create a scene.js file and add the following code:

Below is a preview of what your animation should look like:

Refer to the repo and official documentation to learn more about Babylon.js.

Matter.js is subjectively the best library for creating simple, moving animation objects. Matter.js is a physics library that focuses more on 2D objects. However, you can combine it with third-party solutions to create dynamic games.

To get started with Matter.js in a vanilla project, download the matter.js or matter.min.js package file from the official GitHub repo and add it to the HTML file with the following code:

However, if you’re using a bundler, such as Parcel, you can install the package as a Node module via npm or yarn using the following commands:

The following is a minimal example using the built-in renderer and runner to get you started:

Include the above script in a page that has Matter.js installed, and then open the page in your browser. Ensure the script is at the bottom of the page (or called on the window load event or after the DOM is ready).

You should see two rectangular bodies fall and then hit each other as they land on the ground. If you don’t, check the browser console to see if there are any errors:

Refer to the repo and official documentation to learn more about Matter.js.

PlayCanvas uses HTML5 and WebGL to run games and other interactive 3D content in any mobile or desktop browser. Though it’s free and open sourced, PlayCanvas focuses more on the game engine than the rendering engine. Therefore, it’s more suitable for creating
3D games that use WebGL and HTML5 Canvas.

PlayCanvas is great for creating small public projects or school projects — at least, that’s what I’ve used it for. If you need more features and more control over your game development, you might want to consider subscribing for premium features.

For now, let’s do some basic rendering with the engine. As a first step, download the package file from the GitHub repository and add it to your project using the following code:

Next, create a script.js file and link it to the HTML file using the following code:

Now, open the script.js file and add the following code to instantiate a new PlayCanvas application:

To create the camera and light for the object, add the following codes:

The code above should produce the following result:

Refer to the repo and official documentation to learn more about PlayCanvas.

By breaking down the pros, cons, and use cases associated with each JS/HTML5 game engine listed above, I hope you gained some insight into which one best suits the type of game or animation you want to create.

In most cases, I would recommend using Three.js, especially if you’re looking for more of a rendering engine than a game engine. Due to its popularity in the developer ecosystem, it’ll be easy to find ample resources to help get you up and running.

If your focus is more on game development, I would suggest Babylon.js because of its simplicity. Babylon also has an updated codebase and active third-party development, and the playground feature is a great tool for testing. PlayCanvas is a solid backup option — it’s primarily a game engine, and you can use it to build complex 3D games.

What game engine do you use in your game development projects? Let us know in the comments!

Solomon Eseme Follow I am a software developer who is geared toward building high-performing and innovative products following best practices and industry standards. I also love writing about it at masteringbackend.com. Follow me on Twitter @kaperskyguru, on Facebook, onLinkedIn, and on About.Me at Solomon Eseme." Follow me: Twitter, Facebook, LinkedIn, about.me
« Flutter CI/CD using GitHub Actions
20 fresh retrospective session formats and ideas »