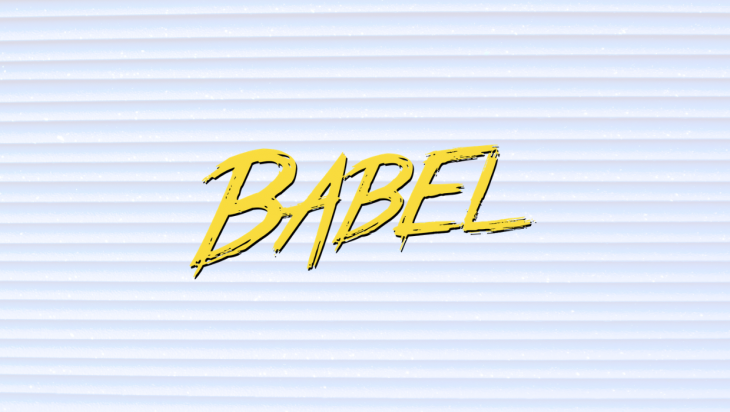 TC39 (Technical Committee 39 — the institution which standardizes the JavaScript language under the “ECMAScript” specification) published ES2015 version of JavaScript popularly known as ES6. The adoption of ES6 grew among developers but browsers did not support every feature of ES2015, then came the need for tools that allowed for the usage of the newest features of the JavaScript programming language.

Babel, originally named 6to5, did exactly that — it made it possible to turn ES6 code into a backwards-compatible version of JavaScript that can be run by older JavaScript engines. The process of compiling code written in one language to another form of the same language is known as Transpiling(transforming + compiling), in this case, taking JavaScript code written in ES6+ and converting it to ES5.

According to the platforms official documentation:

Babel is a JavaScript transpiler, it provides access to the new features made available in the JavaScript language in older environments. it makes available presets and plugins to make code transformations, syntax conversion, and polyfilling features that are missing in your target environment possible.

In this article, we will be taking a look at some of the features and improvements on the previous versions, coming to version 8 of the Babel tool.

The React team in this RFC has made available new ways to create JSX elements and simplifies how React.createElement() works.

Babel 8 would include a new JSX transform, which will make the creation and instantiation of JSX elements improve considerably in React and React-like libraries.

This new transform would support React.jsx instead of React.createElement. It also automatically imports "react" when needed, so you don’t have to manually import "react".

This transform also takes on the following behaviors:

As an example, this input:

would be transpiled into:

You can enable this new transform by passing { "runtime": "automatic" } (as opposed to "classic") to @babel/preset-react (or @babel/plugin-transform-react-jsx):

Starting from Babel 8, "automatic" will be the default runtime.

You can also try out the new functions available in React for instantiating JSX elements by installing the experimental release as it’s not been made available for stable releases yet:

This would allow Babel to safely decide which imports or exports are used for types and which are for values.

this feature would see that same code become this in version 8:

Users who wish to maintain the old behavior can either use flow comments (as officially recommended):

or use the ignoreUninitialized option added to the class properties plugin (#9141).

Babel will be dropping support for the version 2 of core-js a polyfill of the JavaScript standard library, which supports the latest ECMAScript standard and library proposals.

Babel would be dropping support for it as it introduces de-optimizations on the V8 browser engine(the most popular JavaScript engine and the engine that powers Chrome) this issue affects regexes, iterators, some array methods, typed arrays, promises, and it sometimes causes ~100x performance degradation.

Babel 8 will use core-js version 3.

This feature changes the current behavior for the transform-react-jsx plugin, where it handles props spread {...Props} by either using Babel’s extend helper or calls to Object.assign. With this feature, you can now convert such instances to an inline object with a spread operator.

According to the documentation, You can enable it using the useSpread option with either @babel/preset-react or @babel/plugin-transform-react-jsx:

If your code needs to run in an environment which doesn’t support object spread, you can either use @babel/preset-env (recommended) or @babel/plugin-proposal-object-rest-spread.

If you want to transpile Object.assign down to Babel’s _extends helper (which is the current default behavior) you also need to enable @babel/plugin-transform-object-assign.

Babel 8 will disallow importing internal files of different packages, it will be adding exports: false to every package stating explicitly that every package does not offer submodule exports.

Trying something like import "@babel/core/src/config" will fail because this file belongs to internal implementation details.

The Flow team added support for the declare modifier for class fields because the class fields proposal specifies uninitialized class fields are initialized to undefined. Which is quite different from what Babel does with Flow, it simply ignores them.

Babel 8 includes support for the declare keyword in class fields:

Let’s take a look at how we can get started with using Babel in our project.

Install the Babel CLI tool, this tool allows us to compile our JavaScript files from the command line.

We can install Babel CLI locally by running:

after running this command, you should see the packages added as devDependencies in your package.json file.

To compile a file, run the command

Alternatively, you can also run these commands if you would like to output the compiled code to a file:

You can also use the online repl to compile your code.

In a bid to ease the migration pain for developers which there was while migrating from Babel 5 to Babel 6 and then from Babel 6 to Babel 7. Babel 8 will only contain a few breaking changes and provide an easy migration strategy for each of them.

Babel 8, which is currently less than 50% done and without a set due date is expected to debut with breaking changes in 8.0.0, then a minor version will be released the same day which will contain all the bug fixes and new features that would otherwise be released in 8.0.0.

Babel is an important tool and almost every JavaScript tool depends on it, you can read the release plan and check out other features expected to be released.

What do you think? Which new features stand out to you? Let me know in the comments section.