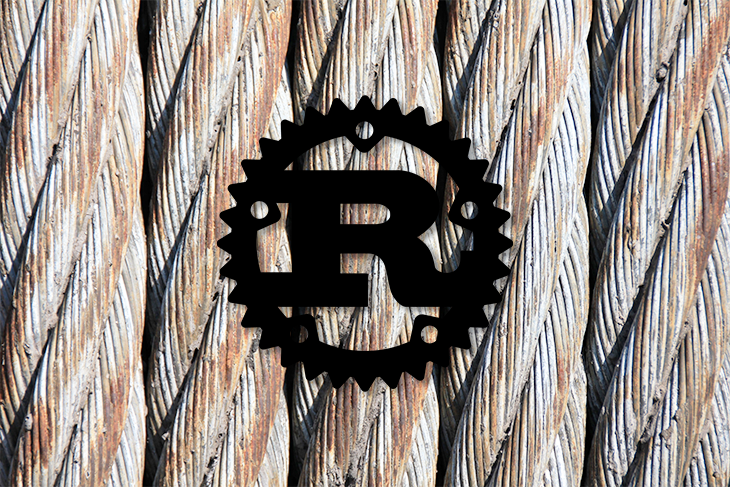 Editor’s note: This post was updated on Jan. 8, 2021 to correct errors in the original benchmark.

Data compression is an important component in many applications. Fortunately, the Rust community has a number of crates to deal with this.

Unlike my review of Rust serialization libraries, it doesn’t make sense to compare performance between different formats. For some formats, all we have are thin wrappers around C libraries. Here’s hoping most will be ported to Rust soon.

We’ll cover the following in this guide:

What do Rust compression libraries do?

There are two variants of compression utilities: stream compressors and archivers. A stream compressor takes a stream of bytes and emits a shorter stream of compressed bytes. An archiver enables you to serialize multiple files and directories. Some formats (such as the venerable .zip) can both collect and compress files.

For the web, there are only two stream formats that have achieved widespread implementation: gzip/deflate and Brotli. I list gzip and deflate under the same title because they implement the same underlying algorithm, and gzip adds more checks and header information. Some clients also allow for bzip2 compression, but this isn’t as widespread anymore since gzip can be made to get similar compression ratio with Zopfli (trading compression time), and you could use Brotli to go even smaller.

What are the best compression libraries for Rust?

Like any problem, there are myriad solutions that have different trade-offs in terms of runtime for compression and decompression, CPU and memory use vs. compression ratio, the capability to stream data, and safety measures such as checksums. We’ll focus only on lossless compression — no image, audio or video-related lossy compression formats.

For a somewhat realistic benchmark, I’ll use the following files to compress and decompress, ranging from very compressible to very hard to compress:

All compression and decompression will be from and into memory. My machine has a Ryzen 3550H four-core CPU running Linux 5.8.18_1.

Note: Some of the compressors failed the roundtrip test, which means the compressed and then uncompressed data failed to match the original. This may mean my implementation of the benchmark is faulty, or it may be a fault in the library. I will conduct further tests. For now, I have marked the respective libraries with an asterisk (*).

In the stream compressor department, the benchmark covers the following crates:

DEFLATE is an older algorithm that uses a dictionary and Huffman encoding. It has three variants: plain (without any headers), gzip (with some headers, popularized by the UNIX compression utility of the same name), and zlib (which is often used in other file formats and also by browsers). We will benchmark the plain variant.

Also released in 2011, LZ4 is another speed-focused algorithm in the LZ77 family. It does away with arithmetic and Huffman coding, relying solely on dictionary matching. This makes the decompressor very simple.

The ZStandard (or ‘zstd’) algorithm, published in 2016 by Facebook, is meant for real-time applications. It offers very fast compression and decompression with zlib-level or better compression ratios. It is also used in other cases where time is of the essence, e.g., in BTRFS file system compression.

Going in the other direction and trading runtime for higher compression, the LZMA algorithm extends the dictionary-based LZ algorithm class with Markov chains. This algorithm is quite asymmetric in that compression is far slower and requires much more memory than decompression. It is often used for Linux distribution’s package format to allow reduced network usage with agreeable decompression CPU and memory requirements.

Zopfli is a zlib-compatible compression algorithm that trades superior compression ratio for a long runtime. It is useful on the web, where zlib decompression is widely implemented.

Though Zopfli takes more time to compress, this is an acceptable tradeoff for reducing network traffic. Since the format is DEFLATE-compatible, the crate only implements compression.

Brotli, developed by the Google team that created Zopfli, extends the LZ77-based compression algorithm with second-order context modeling, which gives it an edge in compressing otherwise hard-to-compress data streams.

zip is probably the most well-known format. Its initial release was in 1989, and it’s probably the most widely supported format of its kind. tar, the venerable Tape ARchiver, is the oldest format, with an initial release in 1979. It actually has no compression of its own but, in typical UNIX fashion, delegates to stream archivers such as gzip (DEFLATE), bzip2 (LZW), and xz (LZMA). The rar format is somewhat younger than zip and rose to popularity on file sharing services due to less file overhead and slightly better compression.

Regarding stream processors, there are three possible options to implement the API. The easiest approach is to take a &[u8] slice of bytes and return a Vec<u8> with the compressed data. An obvious optimization is to not return the compressed data, but take a &mut Vec<u8> mutable reference to a Vec in which to write the compressed data instead.

The most versatile interface is obviously a method that takes a impl Read and impl Write, reading from the former and writing into the latter. This may not be optimal for all formats, though, because sometimes you need to go back and fix block lengths in the written output. This interface would leave some performance on the table, unless the output also implements Seek — which, for Vecs, can be done with a std::io::Cursor. On the other hand, it allows us to somewhat comfortably work with data that may not fit in memory.

In any event, for somewhat meaningful comparison, welll compress from RAM to RAM, preallocated where the API allows this. Exceptions are marked as such.

Some libraries allow you to set options to (de)activate certain features, such as checksums, and pick a certain size/runtime tradeoff. This benchmark takes the default configuration, sometimes varying compression level if this is readily available in the API.

Without further ado, here are the results, presented in six tables to avoid cluttering up your display:

As usual, my benchmarks are available on GitHub.

Andre Bogus Follow Andre "llogiq" Bogus is a Rust contributor and Clippy maintainer. A musician-turned-programmer, he has worked in many fields, from voice acting and teaching, to programming and managing software projects. He enjoys learning new things and telling others about them.
« A complete guide to React Navigation 5
Exploring zones in Next.js »