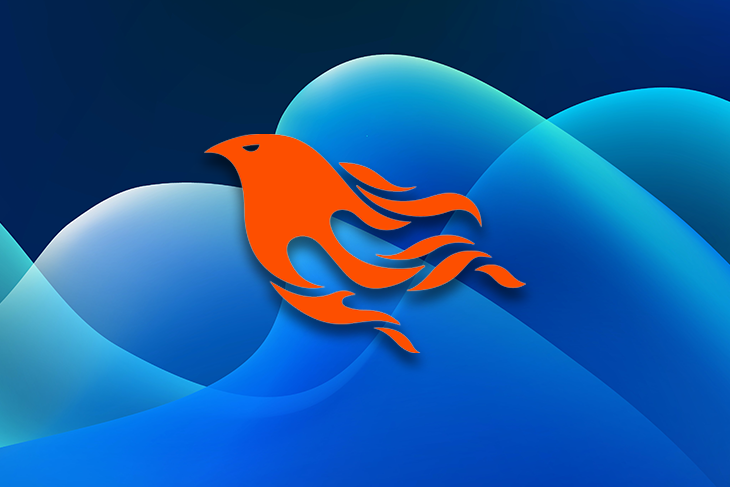 Phoenix is an Elixir-based web development framework that uses the server-side Model View Controller (MVC) design pattern. Its implementations (components and constructs) are comparable to that of other well-known frameworks, including Ruby on Rails, Node’s Express.js, and Python’s Django. Phoenix leverages well-known web development constructs, making it simple to learn if you’ve already worked in the field.

To install Elixir on your system, visit the Elixir docs and follow the installation instruction for your operating system.

Getting started with Phoenix

Run the following command to install Phoenix on your system:

The command above instructs Mix to install the Phoenix framework. Similar to other mainstream programming languages, Elixir provides the Mix build tool to help with compiling, creating, and testing applications, as well as installing, updating, and uninstalling dependencies. It would be unimaginable to use Elixir without a tool like Mix.

By providing the --no-ecto flag with the phx.new command, a Phoenix application can be created without a database, but because we need data persistence, we’ll be using a database instead. The database of choice for this lesson is PostgreSQL, the standard selection for Phoenix apps.

To install PostgreSQL, refer to the docs or you can visit this tutorial to install and run using Docker:

Here, todo is the name of the application we wish to create. When prompted to Fetch and install dependencies? [Yn], select yes. After fetching the dependencies, we still have a couple of steps to get our application up and running.

First of all, we have to enter our newly created app directory:

Next, we have to configure our database, locate the config/dev.exs, and
update the following line to reflect our Postgres database username and password:

Then, run the following command to create your database:

Finally, we can run our server using this command:

Phoenix provides a way for us to generate controllers, views, and context for an HTML resource:

We provide a couple of arguments to the phx.gen.html generator, the first of which is the context module, followed by the name of the schema module, and finally, the plural name of the schema (the name to be used as the schema table name). The name:string and completed:boolean are the two fields that will be created in the tasks table.

Looking at the terminal, we can see the instructions provided by Phoenix:

First, we have to copy the resources "/tasks", TaskController into our lib/todo_app_web/router.ex file:

The resources represent different HTTP methods — rather than writing each method out explicitly, Phoenix provides resources.

Then, we have to update our database to update the changes made by phx.gen.html:

In the screenshot above, I added a couple of uncompleted tasks. Feel free to do the same and play around with the application a bit. Phoenix provides CRUD ability out of the box with these generated resources, so without any additional pieces of code, we can create, update, and delete tasks from the database.

Phoenix provides a very easy way to add authentication to our application using the phx.gen.auth generator. Let’s see how to do that.

In your terminal, run:

With this command, an Accounts context is created with a module for the Accounts.User schema. The last argument is the plural form of the schema module, which creates database table names and route helpers. The mix phx.gen.auth generator is comparable to the mix phx.gen.htm``l generator, with the exception that it does not accept a list of extra fields to add to the schema and that it generates a lot more context functions.

Looking at our terminal, we can see that Phoenix has generated a couple of files and also updated existing files. We will look at some of those files in a moment, especially the lib/todo_app_web/router.ex file, but let’s quickly run a couple of commands.

In your terminal, run:

This command updates your application dependencies. We also need to update our database to reflect the changes made by the phx.gen.auth generator.

If we check our application running in the browser, we can see the Register and Log in generated by the phx.gen.auth generator:

Register on the application and you should see a “user created successfully” pop-up message.

Exploring the files created by phx.gen.auth

Let’s look at some of the files created by phx.gen.auth.

The router file at lib/todo_app_web/router.ex already existed, the phx.gen.auth generator just added a couple of lines of code to it:

The :require_authenticated_user and :redirect_if_user_is_authenticated are called plugs. The routes that occur after adhere to the rules they state.

Adding authentication to our /tasks routes

Currently, our /tasks routes do not require users to be authenticated before they can access them. If we want, we can separate our /tasks route into its different HTTP methods. Therefore, the line that has just a single resource to access all methods:

is the same as:

In order to make these routes require user authentication, all we have to do is put the resources behind the :require_authenticated_user plug:

Log out of the application, then try to access the http:localhost:4000/tasks routes. You’ll be redirected to the login route with an error message displayed:

You can only access these routes when you log in. And that’s it! We’ve achieved authentication in our Phoenix app.

Alexander Godwin Follow I'm a software developer and writer that likes to write code and build things. Currently I'm fascinated by distributed systems and cloud computing.
« 10 React Native component libraries you should know
How to use props to pass data to child components in Vue 3 »