Node.js 15: What’s new and how the developer experience has improved 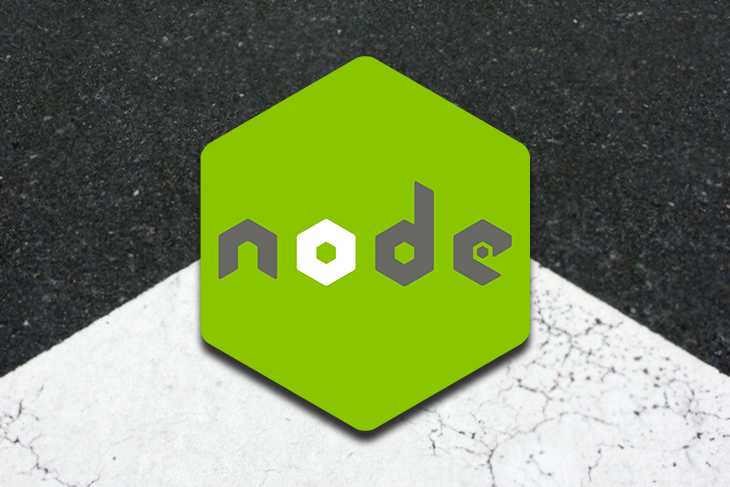 The next major release of Node.js is now available. So far in the series of Node.js 15 releases, we’ve seen several improvements, some new JavaScript language features, and even some breaking changes.

Let’s take a look at what is new and why you should care.

Tip: Node.js 15 is not a long-term support (LTS) release. Support for this release is slated to end in June 2021, shortly after the first Node.js 16 release comes out. You may want to consider keeping your production applications on Node.js 14 for the time being.

The inclusion of NPM 7 is likely the biggest headliner of this release, thanks to a bevy of new features. The biggest feature is NPM workspaces, which is the start of built-in support for creating and managing multiple NPM packages in a single file system. Developers who are already actively using the Yarn package manager or Lerna should see similarities with NPM’s workspace implementation.

It is relatively easy to get started with NPM workspaces. First, arrange all your NPM package folders on the file system, create a top-level package.json that refers to each of these folders, and start running commands across all NPM packages.

Keep in mind that this is the initial implementation of workspaces in NPM. If you are seasoned Yarn or Lerna user, you will notice that many table-stakes capabilities are still missing. For example, being able to execute scripts within specific packages in the workspace is not yet possible using the NPM CLI. I’m sure we’ll see workspace capabilities expand swiftly.

In addition to workspaces, there are several other major changes introduced in NPM 7.

Peer dependencies were essentially ignored in NPM 6. In NPM 7, they are installed by default. You can read more about this change in NPM RFC0025. Interestingly enough, the React developer community may have influenced this change.

Running NPM packages without installing them first has become part of core NPM with the new npm exec command. This new command replaces npx but also behaves slightly differently. npx was rewritten to use npm exec but the same CLI for backward compatibility. You can read more about this in the NPM documentation.

NPM now supports yarn.lock files. If present, this file will be used by NPM to determine where to fetch packages from. NPM will even update it as packages are added or removed. There is no plan to replace package-lock.json with yarn.lock. In fact, a package-lock.json file is still generated and maintained as the authoritative source of package version metadata.

This only scratches the surface of NPM 7. You can read more about what is new in NPM 7 here.

Node.js 15 bumps the version of the V8 engine it uses from 8.4 to 8.6. V8 is the underlying JavaScript engine that Node.js runs atop.

First off, there are some new logical assignment operators to allow you to assign a value to a variable conditionally:

Many developers do not have regular expression syntax committed to their brains. Luckily, the String object now has a new replaceAll() function, which means there is one less regular expression that you need to look up to replace all occurrences of a string.

The HTTP/1 standard appeared around 1996. Nearly 19 years later and after many extensions to the original standard, HTTP/2 became standard in 2015.

Now we are hot on the heels of HTTP/3, which most notably will replace the network transport layer protocol from TCP to QUIC. Node.js continues to show a commitment to the developer community to stay ahead of the latest standards by adding experimental support for the QUIC protocol.

Okay, standards are evolving at an even quicker pace, but what does this mean to the mainstream Node.js developer? Well, it could mean a lot depending on what you are building.

If you are using the net module to create sockets in your application, you could start taking advantage of a new set of experimental functions and objects to establish connections using the QUIC protocol. QUIC promises to reduce latency compared to TCP, TLS encryption is baked in, and more.

The warning has now been replaced in Node.js 15 with an error:

This change has the potential to impact many applications, especially for developers who ignored warning messages in the past. You can revert this behavior by starting Node.js with the new --unhandled-rejections=warn argument.

Node.js 15.1.0 introduces a new experimental module named diagnostics_channel. This module essentially enables a publish-subscribe pattern that developers can use to publish arbitrary data to a channel that can be consumed by other modules or applications. The module is intentionally generic and could be used in a variety of ways.

You can import and start using the module right away:

Consuming messages from the channel is just as easy. Here’s an example of how you can subscribe to a channel from another module or application and make use of the data received from the channel:

There are a few other notable changes in the release that likely will not impact as many developers compared to what we have seen so far:

We can expect more Node.js 15 minor and patch releases until April 2021. After that, we’ll start to see the first few iterations of Node.js 16 which will be the next LTS release.