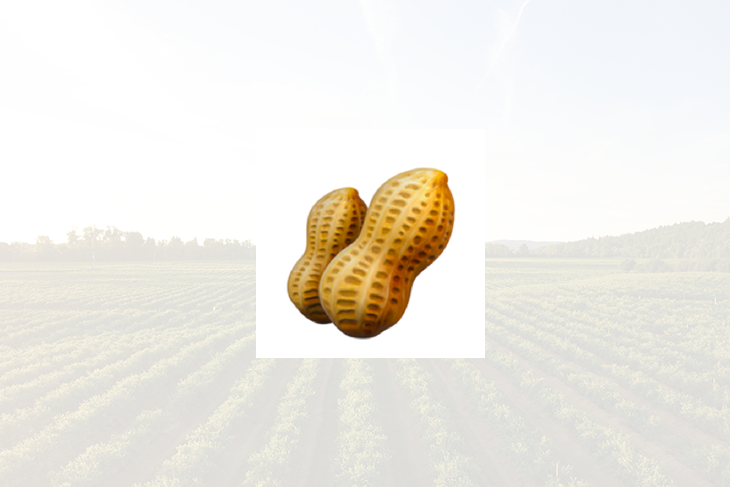 CSS was originally created to style entire web pages. But, over time the complexity of websites has grown, which makes it very difficult to manage designs. CSS doesn’t have any concept of modules through which we could divide the code into separate chunks.

Even JavaScript doesn’t have the modules initially. But, with the passing of time, web development has significantly evolved. We now use component-based libraries like React and Vue.js to design the frontend of web apps. It highlighted the need for a similar solution for CSS. But, the standard CSS doesn’t provide any programming concepts. So, we use a solution called CSS-in-JS.

There are some popular CSS-in-JS libraries like emotion and styled-components. But, their main issue is that they take around 10KB to 20KB of space. As you probably know that heavy files make a significant impact on the page load time and therefore on the ranking of a website in search engines. So, Cristian Bote created a lightweight alternative, goober. It takes less than 1KB of space which makes it a preferred choice for high-performance sites.

Since its inception, goober has seen significant adaptation from the developer community. It encouraged the contributors behind goober to make a performance comparison between its popular competitors.

So, they selected goober, emotion, and styled-components. Then, executed 85 samples with each library to find out how much time on average it takes to complete the task.

The benchmark results were quite phenomenal:

Comparison between goober, emotion, and styled-components

Before writing any code for goober, let’s compare it with its popular competitors (i.e. emotion and styled-components). It will answer your question, “why should I use goober?”

In the above table, you can see that all three CSS-in-JS libraries have common features. But, the way they are implemented decides the performance of the library. emotion is faster than both but the small footprint of goober could give an advantage to its users.

Getting started with goober

Let’s quickly set up a React app using Facebook’s create-react-app project. To do so, follow the below steps.

At first, create the project inside the “my-app” folder:

And then move inside the folder:

Now, we need to install the goober library:

At this point, we are ready to write the code to integrate goober with React. We will start by creating a simple web page that contains one heading and three paragraphs.

The heading style is very straightforward as we directly target the <h1> tag. Whereas, for paragraphs, we’ll define all the common code once. And then, extend it separately for each paragraph. Paste the below code inside src/index.js:

You may now test this code by executing the below command in the console window: 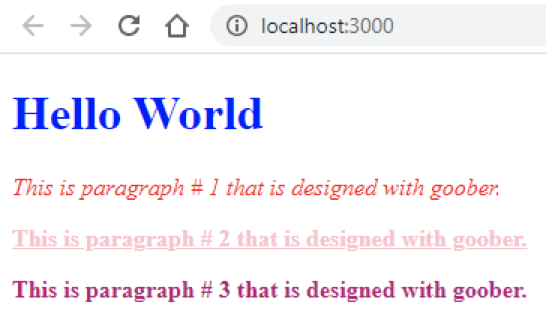 Explanation of above code

First of all, we imported the required packages React, ReactDOM, and goober to make everything work correctly. We then have to call the setup() method once in the beginning. It is important to note that setup() must be called before using the styled() function.

After that, we will create different CSS rules for headings and paragraphs using tagged template literals.

Customize the style with props

There are different ways to customize the style in goober. One of them is to use props. Basically, we set the desired values using props and access them inside the template literals of the desired styled() function.

Explanation of above code

Here, you can see that we added props called textColor and assign it a value “red”. We then used the props inside the template literals of styled() function to assign the value to the “color” property of CSS.

goober is packed with a function called glob. It is used to specify global styles that will be applied to the entire document. It is pretty useful in web design there is a lot of code that is common between different elements.

For example, the glob function is very suitable to include any external fonts that will be used on the whole web page. Most people even use it to write the “CSS Reset” rules. To get started, we first need to import glob from goober. Like this:

If you ever worked with styled-components library then you might be familiar with its styled.tag functionality. It is very popular among developers who work with CSS-in-JS solutions.

goober doesn’t support this format by default. But, the contributors and the team have developed a babel plugin. This plugin is used to convert all styled.tag references into a format that is understandable by goober.

The main idea behind the development of goober was to introduce a lightweight alternative for popular CSS-in-JS libraries like emotion and styled-components. So, you should use it in scenarios:

I didn’t find any significant disadvantages of goober because the team has really done well to offer almost all the features that its competitors have. And all using a very small codebase.