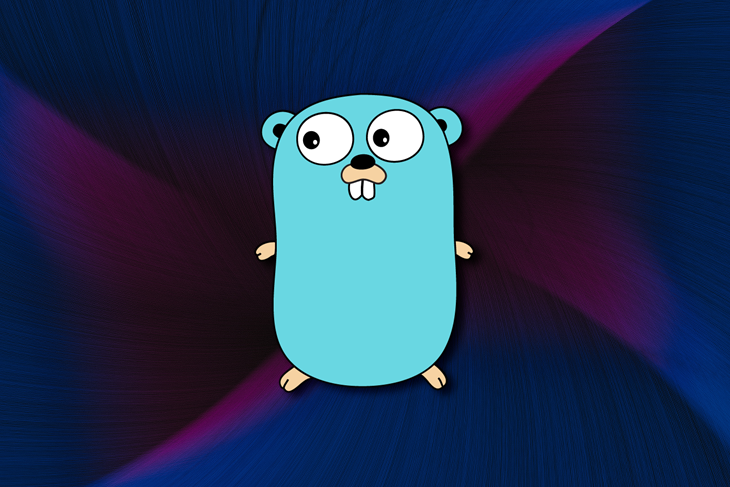 Go is a relatively new language, but it’s worth exploring. It was designed to have a simple syntax while maintaining the speed of a programming language like C or C++.

In this article, we will be looking at a software engineering technique found in most programming languages and unsurprisingly in Go as well: dependency injection.

What is dependency injection?

To get a better view of this, let’s analyze an example. Take a look at the following code:

If you take a look at our main method, we first create a message, then we pass in the message as a dependency to the greeter and finally pass that to the event. Run the code by running the command go run . in the terminal.

As you can see, it prints “Hello, world!” to the console. This is a very shallow dependency graph, but you can already see the complexity that comes with this when implementing this in a large codebase. That’s where dependency injection tools like Wire come in.

Wire is a code dependency tool that operates without runtime state or reflection. Code written to be used with Wire is useful even for handwritten initialization.

Wire can generate source code at compile time as well as implement dependency injection. According to the official documentation, “In Wire, dependencies between components are represented as function parameters, encouraging explicit initialization instead of global variables.”

How to install Wire

To use Wire, first, you need to initialize Go modules in your current working directory. Run the command go mod init go-wire to do this.

Now, run the command go get github.com/google/wire/cmd/wire to install.

Now, let’s refactor our code to use Wire as a dependency injection tool. Create a file called wire.py and add the following code:

First of all, we import Wire, then we create a function called InitializeEvent. This function returns an event that we will use in our main method. In the InitializeEvent function, we make a call to Wire. Then we build and pass in all our dependencies. Note we can pass in these dependencies in any order.

Then we return an empty event. Don’t worry, Wire will take over here!

Now, change your main method to this:

Notice how we have successfully cut down the code in our main method to just two lines.

Run the command go run github.com/google/wire/cmd/wire to generate our dependencies with Wire.

Now you will see that Wire has generated a file called wire_gen. 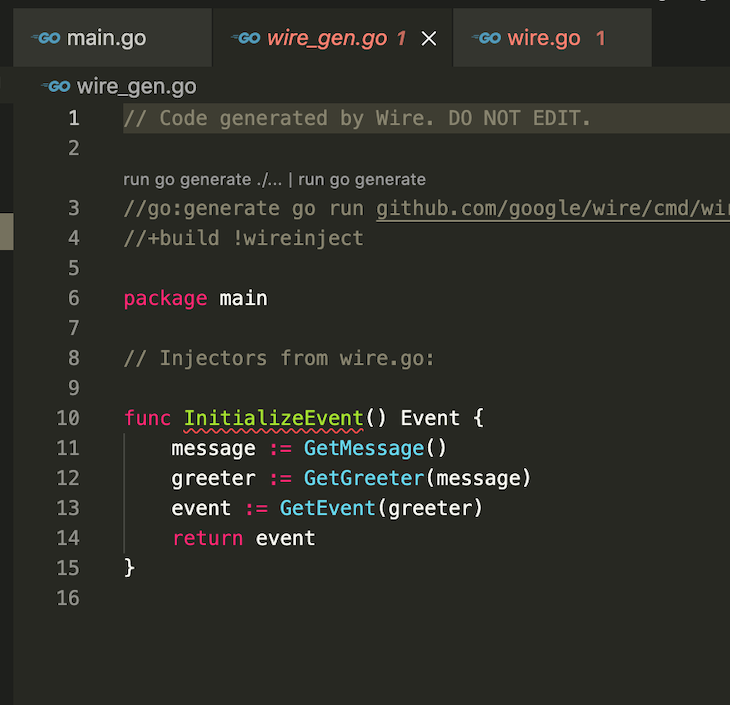 If you should run the code again, you will get an error.

This is because our InitializeEvent function has now been redeclared in the wire_gen file. Add
//+build wireinject to the beginning of your wire.go file to tell Go to ignore it when building. Make sure to add a new line after that or this will not work.

If you run go run . again, you should still see the same “Hello, world!” output.

What if you wanted to dynamically pass in a message as an argument? Let’s take a look at how we can do this. Modify the GetMessage function to this:

Now we have to pass in a text to display. Let’s try running this and see the output.

As you can see, Wire recognizes that we have to pass in an argument to the GetMessage function. Let’s resolve this error. Modify your InitializeEvent function in your wire.go file:

Now we are telling Wire that we expect a string argument.

Run go run github.com/google/wire/cmd/wire again. If you take a look at our wire_gen.go file, you will see that Wire has refactored the code to accept this value. 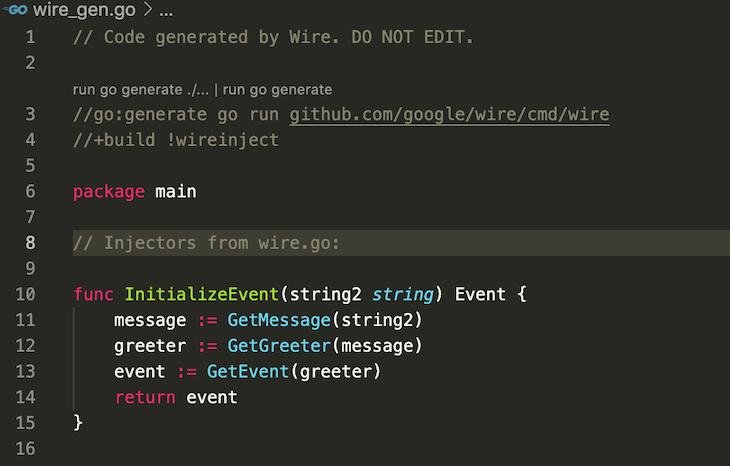 Pass in the string in your main method:

Run go run . again and you should see the text printed out.

What if we forget to pass in any initializer? Let’s see how Wire handles this.

As you can see, Wire detects that we have failed to pass in an argument and prints out a helpful output telling us which argument we omitted. The same thing happens when we pass in more than the required number of arguments.

In this article, we have covered the basic features of Wire. We have seen how we can use it for dynamic dependency injection in our little example above, but the true power of Wire comes out when we have a large codebase. If you want to learn more advanced features, you can check out the documentation here.

Emmanuel John Follow I'm a full-stack software developer, mentor, and writer. I am an open source enthusiast. In my spare time, I enjoy watching sci-fi movies and cheering for Arsenal FC.
« Build a universal Vue component library with Vue Demi
Phabel vs. Rector: Which is better for transpiling PHP code? »