CI/CD and React: Create a pipeline using Heroku and CircleCI 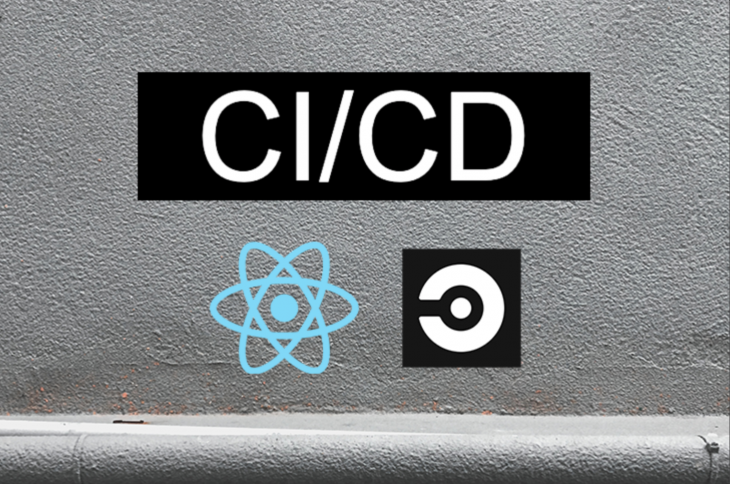 When building React applications, especially larger apps, you will often work with a team of various developers on different Git branches and in different environments (staging, development, production, etc.). Though many hands can make light work, in web development, many individual codes can make for a massive headache.

Handling instances like merging branches and integrating new changes into an existing codebase can become what some developers refer to as “integration hell”. Thankfully, these hassles can easily be avoided, or at least minimized, with a robust CI/CD pipeline.

Before we get started with our demo, let’s review the basics of CI and CD. To refresh your memory, continuous integration (CI) and continuous delivery (CD) are a series of automated steps employed in DevOps.

CI creates a consistent, automated way of integrating code changes multiple members of a dev team into one central repository or project.

As stated earlier, large projects usually require developers working on different features and branches which are then merged into one shared branch. When a developer checks in their updated work (for example, through a pull request), those changes are validated by automatically building the application and running different tests, (usually both unit and integration tests), to ensure the changes haven’t broken the application. The team is then immediately notified of the status of the tests and depending on the result, the changes can then be merged into the main work. 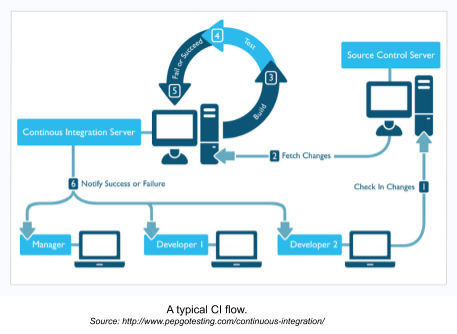 It’s important to note that a good CI system is extremely dependent on the tests written by the developer. You can get started with writing tests in React here.

After continuous integration comes, unsurprisingly, continuous delivery (CD). CD ensures the automatic deployment of your application immediately after a new feature or branch has been successfully merged.

Once your unit and integration tests have passed and the branch has been merged with the main shared branch, CD deploys your application to your target environment automatically. This could be a production environment or a staging environment used for live testing.

Creating a CI/CD pipeline for a React app

Now that we understand the basics of CI and CD, we can put our knowledge into action to create a CI/CD pipeline for a React application. For this demo, it is assumed that you have basic knowledge of git and GitHub. We’ll also be making use of CircleCI for CI/CD and Heroku as our hosting service.

Before we get started, here are some basic setup steps:

What are CircleCI and Heroku?

CircleCI is a CI/CD service that can be integrated into your repository (GitHub, GitHub Enterprise, or Bitbucket). Whenever you commit code into your repo, it creates and runs a pipeline which you create in a config.yml file and gives you a status report on your test. CircleCI is free for open source projects (including projects that are public on GitHub).

Heroku is a cloud hosting service. We’ll be hosting our application on Heroku and we’ll configure CircleCI to deploy our application automatically to our Heroku URL whenever it is updated.

Setting up the React application

After cloning the application, run the following commands to start it up:

Your app should start on port 3000 (if available). If successful, you’ll see a quote generator that looks like this: 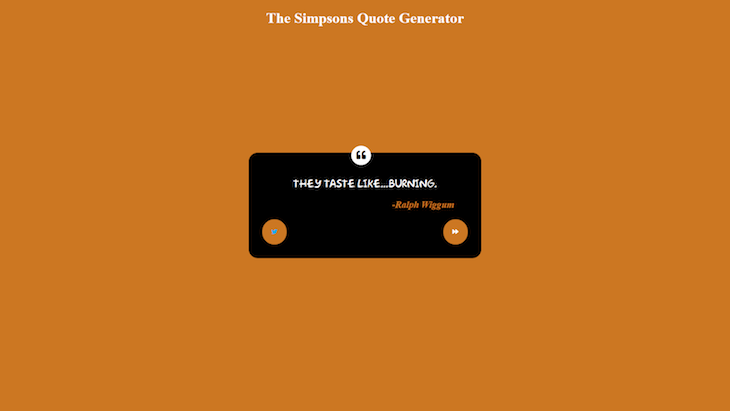 Setting up your Heroku hosting environment

First, we’ll create a new Heroku application to host our React app. Note that we will be working via the command line for the rest of the deployment.

You will need to install the Heroku CLI globally if you haven’t already by running the command:

You can then log in to Heroku via the command line (which will open a browser window) by running:

Our next step is to create a Heroku application via the command line using our buildpack with this command (change $APP_NAME to your preferred app name):

For this demo, create an application at this URL: https://APP_NAME.herokuapp.com. When you visit the URL, you will be welcomed by the stock Heroku page:

As you may have noticed in the command line, Heroku also creates a git repository for your application. You can confirm this by typing Git remote -v. You’ll see both the origin and Heroku remote branches.

At this point, add and commit your code (if it has been modified) and then push to the remote Heroku git repository via the following steps:

If you’re currently on the master branch, you can push to Heroku directly using:

Heroku will then push your app and deploy to https://APP_NAME.herokuapp.com. You can visit the website to see your app is live.

Now that we have successfully deployed our application to Heroku, it’s time to set up CircleCI.

Configure CI/CD in React with CircleCI

The next step is to configure CircleCI. To begin, log in to CircleCI with your GitHub profile.

On the Projects side tab, you will see a list of all your public GitHub projects. To set up CircleCI, click “Set up projects.” You should see an editor pop up with options to “Add a config file” or “Use existing config.” Select the option to “Use existing config.” This indicates that you are setting up a configuration file manually and not using the sample displayed.

When you select “Use existing config,” a window like that in the above image should pop up. Click on “Start building.” Because we have not yet set up our configuration property, clicking start building will initiate a build that will initially fail.

To set up the correct configuration, you will need to create the environment variables for your Heroku application. You can do this by clicking on the Project Settings button on the top right of your project and then clicking on the Environment Variables side menu.

We’ll come back to why you need these later.

Now that that’s done, we will set up our CircleCI config locally. In the root of your project folder, create a folder named .circleci (notice the full stop). Inside that folder, we will create a config.yml file.

Inside of the .yml file, paste the following code:

At first, this code snippet may look like a lot, but when we break it down, it’s actually pretty straightforward.

We’ll start with version. This indicates which version of CircleCI we’re running. Each version has features that might not be present in the others, so it’s essential to state the version of your build. For our demo, we’re using version 2.1

Next, orbs. Remember buildpacks for Heroku? Orbs are kind of like that for CircleCI. Orbs are a prepared package that contains reusable CircleCI configuration that can be reused across projects. In our project, we’ll be using the Heroku orb which includes jobs such as heroku/deploy-via-git which deploys your app via a Git repository and helps us skip a lot of configurations.

Next up: jobs. Jobs are a collection of steps to run in a CircleCI build process. In our config file, we have created one job (build), which has two steps: installing dependencies and running tests. The Heroku orb we are using also has a job which we use in the workflow section: heroku/deploy-via-git.

Finally, workflow refers to a set of rules for defining a collection of jobs and their run order. Workflow also indicates which jobs are required for the other to run. For example, the heroku/deploy-via-git job requires the build job to be successful. Therefore, our application will not be deployed to Heroku unless our tests pass. Since we have also limited the job to our main branch, our code will only be deployed on changes to this branch.

At this stage, committing and pushing our files as-is will cause an error because our tests will fail. In this section, we will be writing some tests in our App.test.js file using the React testing library and Enzyme.

Then, depending on your React version, you’ll need to install an adapter for Enzyme (see below). You can find more adapters in the npm homepage.

With our tests set up, we can now commit the code and push to our repository:

This should trigger another build on CircleCI which should be successful. If so, you will see all green checkmarks, like this:

Next, we will make sure that our main GitHub branch is protected by ensuring that pull requests cannot be merged unless our build passes.

To do this, on the GitHub repository, go to the settings tab. From there, click on Add Rule in the Branches tab:

Under the Require status checks to pass before merging menu, select the ci/circleci: build option: 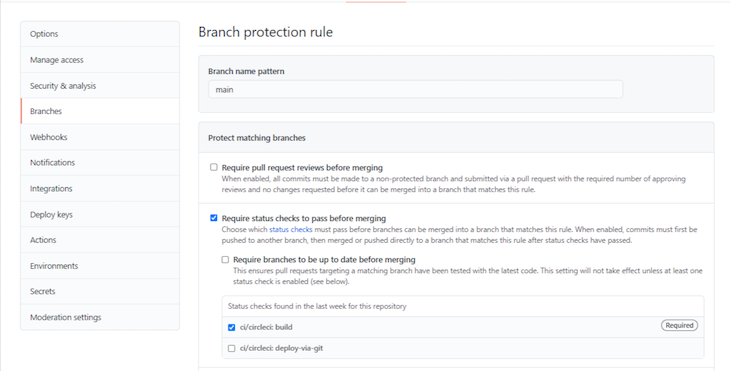 You can now checkout into a new branch in your repository, create a pull request, and test it out.

Success! We’ve got greens and we can merge!

Once we merge our branch into main, the build and heroku/deploy-via-git jobs will start running. If successful, our app will then be deployed to Heroku. You can try the same with failing tests, too.

For the complete project with the CircleCI configuration, check out the quote generator demo on GitHub.

In this tutorial, we have been able to set up a CI/CD pipeline with React. The config file we created is applicable to any and all React applications that we might want to host on Heroku. For applications with different environments, you can create multiple jobs and filter them for specific branches (like we did above with main).

Note that HEROKU_PRODUCTION_APP_NAME and HEROKU_STAGING_APP_NAME are environment variables and should be set in CircleCI.

The importance of continuous integration and continuous delivery in modern app development cannot be overstated. You can tweak the CircleCI config from here on to suit your app needs or try out other CI/CD tools such as TravisCI, Azure DevOps, and Jenkins.

For optimal collaboration with your dev ops team, I recommend using CI and CD to avoid integration nightmares.