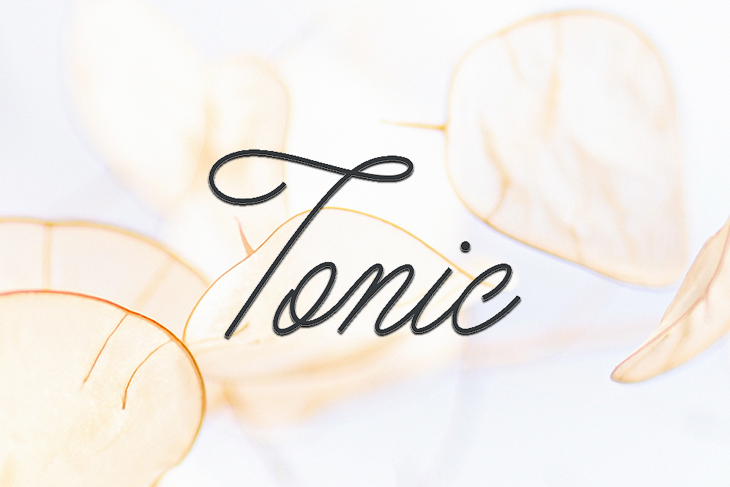 The world of frontend web development changes quickly, thanks to new frameworks mixing up the market and new ideas and approaches evolving rapidly.

React and Vue, for example, were one of the first component-based frameworks, and they are currently the most widely used.

In addition, new frameworks like Svelte are being adopted by developers because they make it even easier to create statically rendered websites without losing the modern feel of dynamic frameworks like React.

Tonic is a component framework that takes this minimal yet elegant approach and works perfectly with Jamstack, as it doesn’t use virtual DOM and is server-side rendered by default. It’s based on web components and can be used out of the box without a build tool. It is super small (5KB!) and blazingly fast.

This article explains how Tonic works and why you should use it when building a Jamstack website. I will also show you how to set up a project and build your first components using Tonic.

Tonic uses native web components, a concept introduced in 2011 that is now part of all modern browsers by default.

One of the most famous websites powered by web components is YouTube. If you look at the source code, you’ll quickly discover many components in the DOM:

Although using web components natively is possible, it can be complex and difficult to understand.

Because of this, Tonic has added some abstraction on top of web components that gives it a similar look to frameworks like React and Vue, but, aside from using virtual DOM to render elements, it actually uses the web components natively built into the browser.

So, why use it when there are so many frameworks out there? Here are some great reasons you should use Tonic to create a Jamstack website:

How to use Tonic

Now that we’ve seen the benefits of Tonic, let’s bootstrap a project using it. Our goal is to have a page that contains a counter button and a number next to it that increments every time we click the button.

Because we don’t need a build tool, we can create a simple HTML file that contains:

Let’s go through the parts we have in the head tag. We have the title of our website, and we need a script tag to import the code from Tonic. We use the unpkg tool to import it with a script tag.

The next script tag is for importing our custom JavaScript file we will create with no content for now. We also want some styles, so we’ll create a style.css file and link it as a stylesheet.

The body part will contain our custom counter element. We’ll leave it empty for now and fill it in when we write the actual component. Now, we should have the following classic web development files:

And that’s it! You don’t need any other files or a node modules folder. However, if you want to run it on a development server, you can initialize it as an npm package and use serve to run your website on localhost by adding the following package.json file:

Then, after running npm i and npm start, the project should open on localhost:3000. This should be a pretty static hello message.

So far, there’s nothing special here. But to add the actual counter, we need to write our first Tonic component.

We have to first get the Tonic class from the imported package. At the top of the index.js file, let’s add the following:

Then, we can create our first component that extends the Tonic class:

As you can see, it looks similar to React code and the JSX pattern. Similar to React, you need a render function in your class that returns the return value of the inherited function this.html. This function accepts a string containing the HTML elements you want your component to render.

If you want to render dynamic values, you can simply add them with a template string. The component also accepts a set of event methods that are fired when the HTML element events are triggered.

In our example, we use the click event to listen for when someone clicks on our component. Because we want the count to fire only when we have actually clicked on the button, and not on the entire component, we add a matching check for this in the click method. This is because of Tonic’s decision to use event delegation instead of multiple event listeners.

To wrap up the JavaScript piece, we also need to add this component to Tonic by adding the following to the end of our JavaScript file:

Don’t panic that nothing is displayed on your website yet. We need to add the element to the HTML file by adding it as a web component that Tonic automatically creates for you. 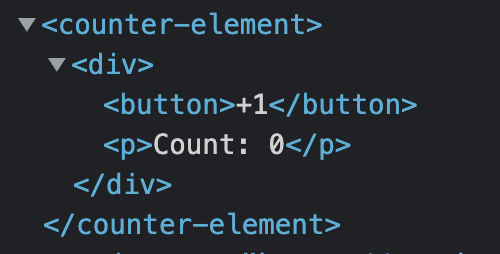 Here, you can see a fully functional example of the component we just created:

The major difference is that Tonic uses your exact written code, and the DOM structure matches exactly what you have on the server and what the user sees in their browser.

This means that you can create Jamstack components without having a build tool or rendering engine installed on the server side. It uses the power of web components.

And, although the developer experience is pretty similar to React or other modern frameworks, using Tonic is much more streamlined, the debugging feels simpler, thanks to the lack of build tools, and because of static rendering, Tonic also loads and renders lightning fast. Happy hacking!

Lorenz Weiß Follow Hi, I'm Lorenz, a frontend-focused web developer. I'm in love with the internet and its people and interested in everything related to it.
« Securing local storage in Flutter
How to build DApps on the Cardano blockchain »