Clara Ekekenta Follow Software Engineer and perpetual learner with a passion for OS and expertise in Python, JavaScript, Go, Rust, and Web 3.0.

Build a web application with Hono 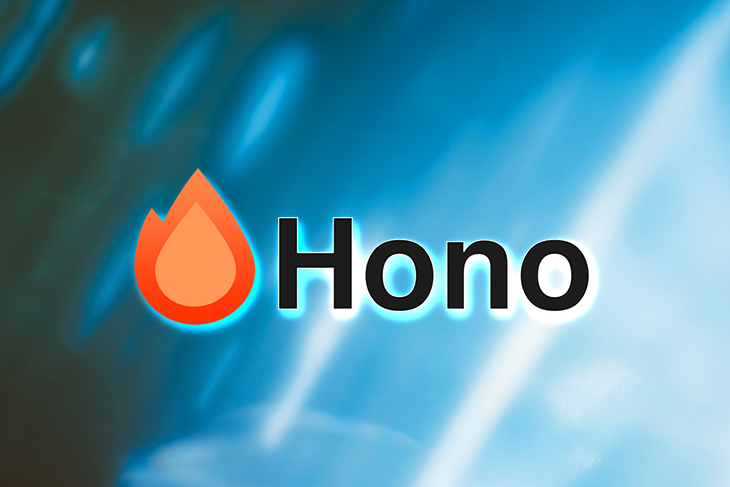 Choosing the right tool for a web application can be challenging given the abundance of available options. Speed is one consideration that is often top of mind when selecting a framework. Fast load time is a priority for web applications, as users dislike excessive wait times.

This article introduces Hono, a new, flexible web application framework that is very fast. According to test results published on the framework’s website, Hono is faster than other routers for Cloudflare Workers, such as Sunder, Itty Router, and Worktop, and also faster than other frameworks for Deno and Bun.

In the tutorial portion of this post, we’ll demonstrate how to make a blog app using Cloudflare Workers and Hono.

To get the most out of this tutorial, ensure you have the following:

Hono has many cool features, which is why it is loved and used by many developers. Here are some of Hono’s features:

To get started, let’s create our first Hono application with Cloudflare Workers.

First, create a new folder for the project, like so:

Then, initialize a new project with Wrangler, the Cloudflare Workers command-line tool:

The above command will generate the following folder structure:

To set up the application, start by installing the Hono package by running the following command:

Next, run the following command in the project root directory to start the application:

This command will run the application on localhost:8787. You can test that out on your browser.

Hono makes routing as flexible and intuitive as possible; it is very similar to the way you’d handle routing with a framework like Express.js.

Let’s create an API route to perform some CRUD operations. We’ll create a blog API to read and create blogs.

We’ll start by creating a type and a variable for the blogs. Add the following code to the index.ts file:

Next, we’ll define the API routes with the below code:

Like Express.js, Hono provides several methods (e.g., get, post, update, delete) for us to perform operations. Each of these methods has a callback that takes c as a parameter. The c parameter gives the user access to the method we need to access the request parameters and payloads, as well as to respond to requests.

For this demonstration, we’ll implement the basic authentication. To get started, import the basicAuth middleware from Hono and use the following code:

This middleware will prevent unauthorized users from requesting any endpoint that starts with /api. Also, it will display a sign-in UI that users must log in to before access will be granted: 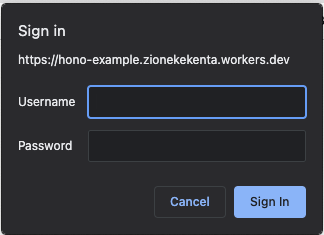 Hono provides serveStatic middleware to allow the rendering of static files located in the directory specified in the middleware’s root option.

To get started, create an assets file in the project’s root directory. Then, update the wrangler.toml file to specify the assets directory, like so:

Next, we’ll need to create or add our asset files to the assets folder.

For this demonstration, we’ll render an HTML page. So, create an index.html file in the assets folder with the below markup:

Now, set up the static middleware in the index.ts file, like so:

In the above code, we created a Hono middleware that will serve static content on the /static endpoint. We also used the serverStatic middleware to specify the root location of our assets directory.

To allow our application to interact with a frontend framework, we need to implement CORS. Hono provides us with a cors middleware.

Import and set up the middleware in the index.ts file:

In the above code, we implement CORS on all endpoints in our application that begin with /api. By doing so, there won’t be any CORS blocking when a user makes requests to these endpoints.

Now, let’s deploy the application to Cloudflare by running the following command:

Copy the link and test it out.

To learn more about Hono’s features, visit the official documentation.

Now that you’ve been introduced to Hono, how will you use it in your next project?

One Reply to “Build a web application with Hono”