A guide to SAP Spartacus 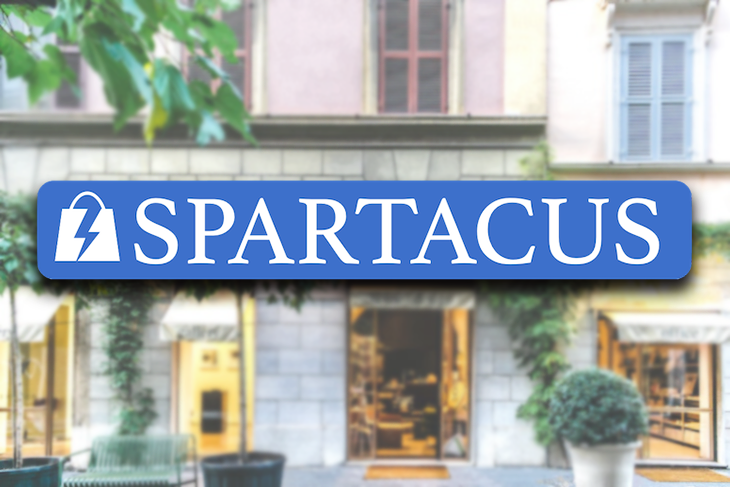 What is SAP Spartacus?

Spartacus’s flexibility allows customers to shop through both traditional computer and mobile environments. Spartacus is free, open-source, and updated every few weeks through the GitHub repository.

In this article, we’ll cover some of the features of Spartacus, how to use it, and some tips and tricks you should consider.

Leveraging Spartacus requires a working knowledge of JavaScript and Angular, as well as the SAP Commerce Cloud and Commerce APIs.

By taking advantage of decoupled architecture, frontend developers using Spartacus don’t need to sync their release schedule with backend platform releases. Instead, each team can work independently on its own development cycles and allow Spartacus to handle communications via REST services.

Because Spartacus libraries are imported into existing websites, Spartacus is inherently upgradable and extendable. Minor releases and patches should not affect compatibility. Releases of Spartacus follow standard versioning conventions.

Users can add their own customized features. However, Spartacus is designed to be extendable, so users can continue to upgrade existing sites to leverage the latest sets of components.

Spartacus is developed with the agile model, which provides an avenue for quick changes and rapid releases approximately every two weeks. You can choose, however, if you want your setup to automatically incorporate new releases or if you would prefer to maintain a specific version of Spartacus.

Spartacus code developers strive to fully comply with the Progressive Web Application (PWA) checklist of capable, reliable, and installable when it comes to web applications. One important factor of this goal is incorporating responsive design and supporting a multitude of breakpoints — users can configure breakpoints as well. Supported breakpoints include:

Spartacus can also allow your e-commerce site to operate more like a traditional iOS/Android mobile app. It includes mobile-ready features along with solid performance and reliability.

Spartacus is flexible enough to work with various content management systems (CMS). In cases where the content manager works with the SAP Commerce CMS, storefront content is edited through SAP Commerce Cloud CMS tools. However, Spartacus can access content through third-party CMS applications too.

How to use Spartacus

A typical implementation involves setting up a JavaScript or Angular web application and then importing Spartacus libraries. Even without modifications, a Spartacus storefront works out of the box. However, Spartacus is flexible so developers can customize, upgrade, and extend functionality and branding as needed.

In this walk-through, we’ll create a new Angular application with the name mynewstore.

First, open a command prompt or terminal window. Then, create a new Angular application using the Angular CLI with the following command:

You’ll be asked about Angular routing — enter n for “no.” The mynewstore folder app and associated folder are created.

Using Angular Schematics is the easiest way to set up your application quickly.

If you want to install the most recent “Next” or Release Candidate, the above command can include @next or @rc at the end.

To verify the installed Spartacus library versions, open package.json, and search for @spartacus.

Now, install dependencies needed by your Spartacus app with the following command:

Afterward, we’ll check app.module.ts for base URL and other settings. Open src\app\app.module.ts and see if you want to make any setup changes.
A few features to check:

To start your application, enter the command:

At this point, your application is compiled and started. To view the mynewstore storefront — if everything is installed locally — browse to http://localhost:4200.

Although it may be tempting to copy Spartacus source code and tweak it for your site, this breaks upgradability. Instead, reference Spartacus libraries and change site behavior in other ways.

Before developing your own storefront feature, check to see if it’s something already included in Spartacus or if it’s on the design horizon.

Developers can pick which Spartacus features to leverage according to e-commerce needs. For example, you may want to allow Express Checkout but not take advantage of Guest Checkout.

Spartacus provides lightweight, frontend capabilities to online storefronts. We covered some of the basic functionalities and pros of leveraging Spartacus, learned how to create a new Angular application and add Spartacus, and covered some tips and tricks.

LogRocket: See the technical and UX reasons for why users don’t complete a step in your ecommerce flow.

LogRocket is like a DVR for web and mobile apps and websites, recording literally everything that happens on your ecommerce app. Instead of guessing why users don’t convert, LogRocket proactively surfaces the root cause of issues that are preventing conversion in your funnel, such as JavaScript errors or dead clicks. LogRocket also monitors your app’s performance, reporting metrics like client CPU load, client memory usage, and more.