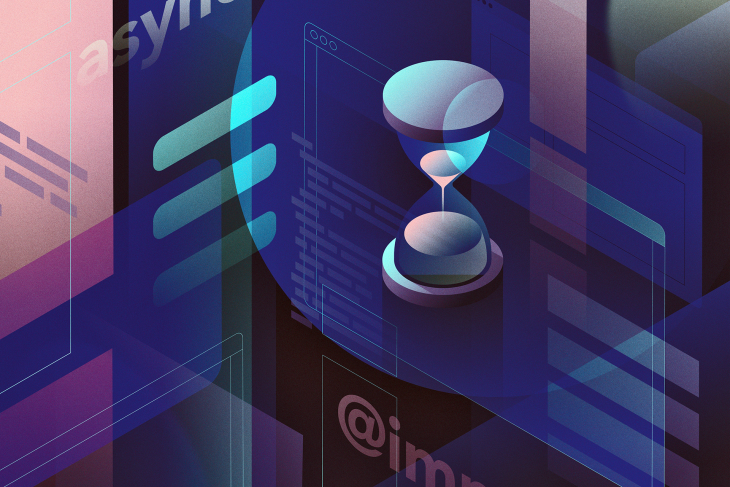 On the other hand, non-render blocking resources don’t postpone the rendering of the page. The browser can safely download them in the background after the initial page render.

If you reduce the number of render blocking resources, you can shorten the critical rendering path and reduce page load times, thus improving the user experience and search engine optimization.

There are three ways to reduce the number and impact of render blocking resources:

As a rule of thumb, the browser treats everything it finds in the <head> section of an HTML page as render blocking. This includes:

Images, media files, and <script> tags placed at the bottom of the <body> section are treated as non-render blocking resources.

Now let’s zoom in on five strategies to eliminate or reduce the number and impact of render blocking resources.

You can add CSS to a page using either:

Even though the @import rule keeps your HTML file cleaner and allows you to keep all your CSS dependencies in the same place, it’s not the best choice performance-wise. The @import rule lets you import CSS from other stylesheets, but this causes the browser to process your CSS file more slowly because it also has to download the imported files. Until this takes place, the rendering process will be blocked.

If you want to add more than one CSS file to your page, you can either use the <link> tag or concatenate the files using a minification and/or bundling tool.

You need to add the <link> element to the <head> section of the HTML page in the following way:

2. Use the media attribute for conditional CSS

By default, the browser treats all CSS files as render blocking resources. However, if you add the media attribute to the <link> tag, you can indicate the presence of a conditional CSS file to the browser.

Conditional CSS only applies under certain conditions, such as below or above a given viewport size or on a print page. With the media attribute, you can define a specific media condition for a CSS file. You can use any value that you would use for a media query in a CSS file. For example:

If you have an existing CSS file with one or more media queries, you can extract all @media rules and save them as separate files using this PostCSS plugin. This performance optimization technique is also called code splitting. Although code splitting is usually mentioned in conjunction with JavaScript, you can also split larger CSS files and load each file only when needed to shorten the critical rendering path and decrease initial page load times.

3. Use the defer and async attributes to eliminate render blocking JavaScript

JavaScript files added to the <head> section of the document are treated as render blocking resources by default.

You can remove them from the critical rendering path by placing the <script> tags right before the closing </body> tag instead of the <head> section. In this case, they only begin to download after the entire HTML has been downloaded. However, because the download of these scripts starts later, elements loaded by them, such as ads, animations, or dynamic functionalities, might load later than the rest of the frontend — especially if it’s a longer script. This can result in noticeable delays and lagging UIs on slower connections, which is bad for the user experience.

The defer and async attributes of the <script> tag offer a solution to this problem. Both are Boolean attributes which means that if you add them, they will fire without any further configuration. They also make scripts added to the <head> section of an HTML document non-render blocking, but in a different way — deferred scripts respect the document order while asynchronous scripts are independent of the DOM.

The defer attribute instructs the browser to download the script in the background so it won’t block the rendering of the page. The deferred script executes once the DOM is ready but before the DOMContentLoaded event fires.

Deferred scripts follow the document order, just like nondeferred, default scripts. For example, in the above example, script01.js will be executed first, irrespective of which script loads first. You can’t add defer to inline scripts; it only works with external scripts that specify the script’s location using the src attribute.

On the other hand, the async attribute informs the browser that a script is completely independent of the page. It will download in the background as a non-render blocking resource, just like deferred scripts. However, unlike deferred scripts, async scripts don’t follow the document order, so they will execute whenever they finish downloading — which can happen at any time.

For instance, in the below example, we can’t be sure which script will run first; it solely depends on which downloads faster (usually the smaller one). Remember, async scripts are independent of both the document and each other, so the document order won’t impact them in any way.

The defer attribute is recommended for scripts that need the DOM, but you want to begin to download them before the document loads, without making them a render blocking resource. You should also use defer rather than async if the document order is important — for instance, when consecutive scripts depend on each other.

4. Minify and bundle CSS and JavaScript

In addition to removing nonessential CSS and JavaScript from the critical rendering path, you can also minify and bundle both render blocking and non-render blocking resources.

For instance, you can create bundles for files that use the same loading rules and minify each bundle separately. Since minified files are lighter and bundles mean fewer files in the critical rendering path, initial page rendering will finish sooner. Plus, it will also take less time to download non-render blocking resources in the background.

There are numerous tools available to help you perform minification and bundling according to best practices, including Minify, CSS Minifier, Minify Code, and PostCSS. Build tools such as webpack, Parcel, and Rollup come with built-in minification, bundling, and code splitting functionalities that enable you to quickly reduce the number of render blocking resources.

Since custom fonts are called from the <head> section of the document, they are also render blocking resources. For instance:

You can reduce the impact of custom fonts on initial page rendering by adding them locally rather than pulling them from a content delivery network such as Google CDN. Font providers tend to add multiple @font-face rules, many of which you won’t need.

If you add fonts locally, you can also minify your font-related CSS and bundle it together with the rest of your CSS. You can use the Google Web Fonts Helper to generate local @font-face rules for Google Fonts quickly. For instance, this is what you need to add to include the Lato Regular font face:

Note that Google Web Fonts Helper doesn’t add the font-display: swap rule; I added it myself to the above declaration. This is a descriptor of the @font-face rule that lets you specify how the browser should display the font face on the page.

By using font-display with the swap value, you instruct the browser to immediately begin to use a system font and swap it with the custom font once it downloads (this rule is also added when you pull the font from Google’s CDN). This enables you to avoid invisible text on the page while the custom font is still loading.

When you load fonts locally, make sure you serve compressed font formats for modern browsers, such as WOFF and WOFF2. Remember that lighter files reduce the impact of render blocking resources too. In addition to generating the @font-face rules, Google Web Fonts Helper also lets you download a zipped file that contains all the font formats you need.

Some articles about render blocking resources recommend using TypeKit’s Web Font Loader to load custom fonts asynchronously. It was a decent tool once upon a time, but it hasn’t been updated since 2017 and it has many unresolved issues. I wouldn’t recommend using it.

Although loading fonts asynchronously shortens the critical rendering path, you should always do it carefully. If fonts load later than the page content, the page can produce a common UX problem called flash of invisible text (FOIT).

There are various ways to handle FOIT, such as using third-party libraries or the aforementioned font-display: swap rule (see browser support for font-display, plus note that using it with the swap value just turns FOIT into FOUT — flash of unstyled text — but doesn’t completely eliminate the issue). Still, you’ll want to spend time considering whether it’s really worth going the async route performance-wise. Think of the weight of extra scripts, potential issues, users with disabled JavaScript (you still need to add the static <link> element within <noscript> tags to support them), etc.

In this article, we discussed a five strategies to eliminate render blocking resources. To summarize:

The list of best practices discussed in this article are nonexhaustive. For instance, it’s also a good idea to run regular website audits to detect and remove unused code, which can have a huge impact on initial page rendering times.

To improve overall page load times, you can also use resource hints and the preload directive. They don’t eliminate render blocking resources per se, but you can use them to improve page load times. Render blocking resources won’t stop the fetching process of preloaded resources, and you can also preconnect to Google CDN to make web fonts load faster if you don’t want to load them locally.