Introduction to petite-vue: A tiny new subset of Vue 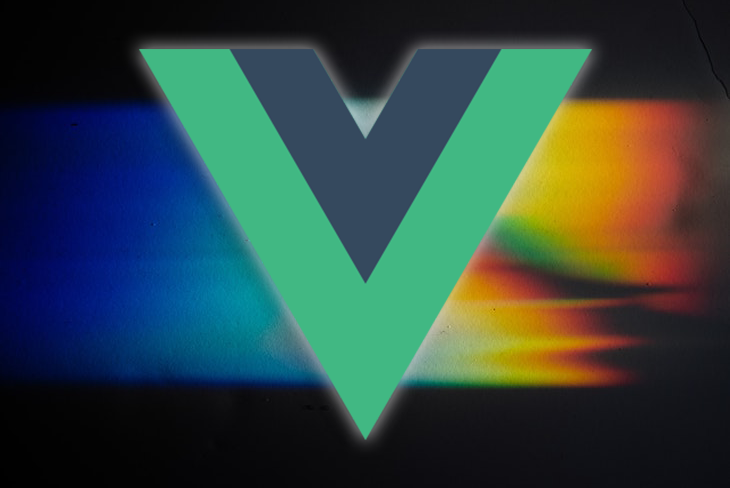 According to Evan You, the creator of Vue, petite-vue is an alternative distribution of Vue inspired by Alpine.js that is optimized for progressive enhancement.

petite-vue is perfect for those who are familiar with Vue and want to add Vue to a project that renders on the server side.

In this article, we’ll look at what petite-vue does, how it works, and how it compares to both standard Vue and Alpine.js. We’ll also cover how to get started with petite-vue and look at a few use cases. Let’s get started!

What is progressive enhancement?

Progressive enhancement is a methodology that allows a web developer to begin programming with HTML and include other technologies as needed. You can begin building a website statically with just HTML, then add interactivity or client states to pages.

petite-vue is optimized for small interactions on existing HTML pages that are rendered by a server framework, therefore simplifying progressive enhancement. Let’s see how it works!

Let’s understand how petite-vue works by looking at its fundamental features.

You can simply include petite-vue in a script tag to get its features in an HTML page:

The latest versions of Vue and Alpine have respective bundle sizes of 22.9kB and 9.9kB minified and gzipped. petite-vue, on the other hand, has a bundle size of 6.4kB and was intended to be lightweight.

A developer already familiar with the Vue template syntax will find it easy to move between petite-vue and Vue.

Unlike Vue, React, and most other frontend libraries and frameworks, petite-vue does not use the virtual DOM. Instead, it mutates the DOM in place.

Standard Vue utilizes render functions, allowing it to render on platforms other than the web. petite-vue runs on a webpage and therefore mutates the DOM directly. As result, petite-vue does not need a compiler, decreasing overall size.

The @vue/reactivity package is responsible for both Vue and Alpine reactivity. petite-vue uses this same reactivity technique.

How petite-vue compares to standard Vue

petite-vue is similar to Vue in many ways. As mentioned, it provides the same template syntax and @vue/reactivity model provided by standard Vue. However, the most significant difference is that petite-vue was made for progressive enhancement.

Standard Vue was designed for using a build step to build single-page applications (SPAs) with heavy interactions. It uses render functions to replace existing DOM templates. Petite-vue, on the other hand, walks the existing DOM and mutates it in place, so it doesn’t require a build step.

petite-vue introduces some new features not available in standard Vue that aid in optimizing progressive enhancement. Let’s take a look at them!

v-effect is a directive used to execute inline reactive statements in petite-vue. In the code snippet below, the count variable is reactive, so the v-effect will rerun whenever the count changes, then update the div with the current value of count:

petite-vue ships with two lifecycle events, @mounted and @unmounted, which allow you to listen for when petite-vue mounts or unmounts on your page.

Now that we’ve seen the new features petite-vue brings to the table, let’s review its features that already exist in Vue:

Due to its small scope, petite-vue has dropped some of the features found in standard Vue:

How petite-vue compares to Alpine

Though petite-vue was inspired by Alpine and addresses similar problems, it differs from Alpine due to its minimalism and compatibility with Vue.

petite-vue is about two-thirds of the size of Alpine. Unlike Alpine, it doesn’t ship with a transition system.

Alpine and petite-vue have different designs. Though Alpine resembles Vue’s structure in some ways, petite-vue is more aligned with standard Vue, minimizing the amount of overhead you’ll have if you want to transition between Vue and petite-vue.

To get started with petite-vue, you need to include a script tag that points to the petite-vue package. Let’s create a simple voting app powered by petite-vue.

First, create an index.html file. In the body of it, add the following code snippet:

The defer attribute on the script tag causes the script loading petite-vue to load after HTML content is parsed by the browser.

The init attribute tells petite-vue to automatically query and initialize all elements that have v-scope.

The v-scope tells petite-vue what region of the page to handle. We also pass in the states upVotes and downVotes to be available to that region.

If you don’t want petite-vue to automatically initialize all elements that have the v-scope attribute, you can manually initialize them by changing the script:

Alternatively you can use the ES module build of petite-vue:

We are accessing petite-vue using a CDN URL. We are using a shorthand URL https://unpkg.com/petite-vue, which is fine for prototyping but not great for production. We want to avoid resolving and redirect costs, so we’ll use the full URLs.

The ESM build production URL https://unpkg.com/[email protected]/dist/petite-vue.es.js must be used in a <script type="module"> block.

We’ve learned a lot about what features petite-vue has and what it can do. Let’s review what type of situations petite-vue is best designed for:

petite-vue is a lighter version of Vue that adds efficient interactions to pages. In this article, we took a first look at petite-vue by considering its exclusive features, its similarities to standard Vue, and the feature trade-offs made to retain its light size.

petite-vue is still new and includes a disclaimer for any potential bugs. However, petite-vue is already a functional option with strong potential and usefulness. It is especially helpful for quick prototyping, sprinkling Vue functionality into server-rendered frameworks, and building static pages.

I hope you enjoyed this article! Leave us a comment and let us know if you’re planning to try petite-vue.

Kelvin Omereshone Follow Kelvin is an independent software maker currently building Sailscasts, a platform to learn server-side JavaScript. He is also a technical writer and works as a Node.js consultant, helping clients build and maintain their Node.js applications.
« TypeScript, abstract classes, and constructors
Networking in Flutter using the http package »