Chime Princewill Follow I am a passionate MERN stack engineer currently working with Descasio as a full-stack engineer.

A guide to using Node on Windows with Chocolatey 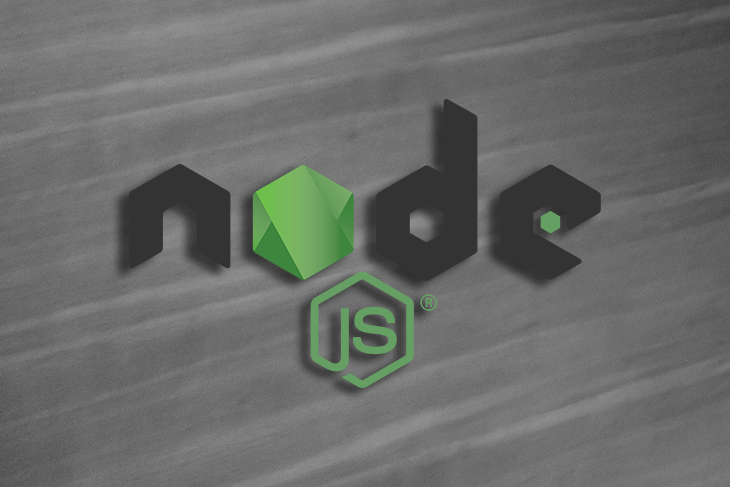 If you’ve used a Linux or Mac system as a developer, you may well agree with me that their flexible and secure options for managing packages are second to none.

Package managers like apt-get for Linux and Homebrew for Mac have greatly improved the installation speed, configuration, and security of packages for our projects.

Well, if you’re a Windows user, then do not fear! Guess what? Thanks to Chocolatey, you can automatically install packages and software and deploy packages right from your Windows terminal — all without having to manually jump through hoops to install and set them up.

What we will cover in this Chocolatey guide

In this article, I will guide you on how to set up Chocolatey to do the following right from your Windows system.

Chocolatey is a Windows package manager that helps install, upgrade, and uninstall packages, and more.

You can think of it as similar to the aforementioned APT or Homebrew. Its ability to scan through installed packages for virus detection means you can be confident that packages remain secure.

Unlike other package managers like Winget, RuckZuck, and Yarn, Chocolatey brings several benefits with it, such as:

Let’s navigate to the command line (CMD). Open it as an admin and run the following PowerShell scripts:

While installing Chocolatey, you may run into the following error shown in the code snippet image here:

Open PowerShell as an admin and set the required rights, as shown below:

If this response returns:

Then run the following code snippet:

Currently, an added security check has been set for scripts. Let’s go back to the command-line interface and continue from where we left off.

Now we’ve set the variable with the above code snippet, let’s try to install Chocolatey again, as demonstrated here:

If the code snippet above was successful, the command-line interface should look like this: 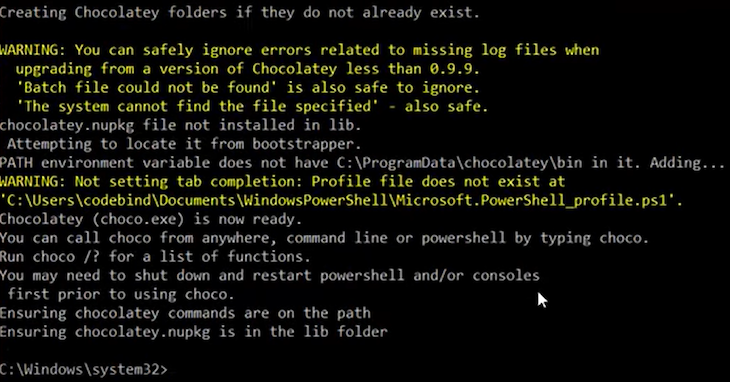 To see the version of Chocolatey that was installed, you can run the following code snippet:

To execute Chocolatey, all you need to do is to open the command line and run:

To start installing packages, close the CMD and reopen it as an admin once again.

Let’s explain this further: to install a package, the keyword choco is used, then install, and then the name of the package itself.

NVM (Node Version Manager) is a package used to manage the installation of different versions of Node.js and npm. There are also many more packages that are available to install.

Every installed package is saved in one location and can be found in the following path:

To locate a single package, you must add the package name to the lib path, like this:

Let’s go into the terminal and run the following code snippet:

The snippet above will install the latest stable version of Node.js and npm. A specific version of Node can also be installed by running the following:

To see the list of Node versions that can be selected, run the following:

This is a list of Node versions that have been installed, including the one I am currently using on my Windows machine. Now, let’s see how a specific Node version is selected — take a look here:

Run the code snippet to check the version of Node and npm we are currently using:

Running REPL on the Node environment 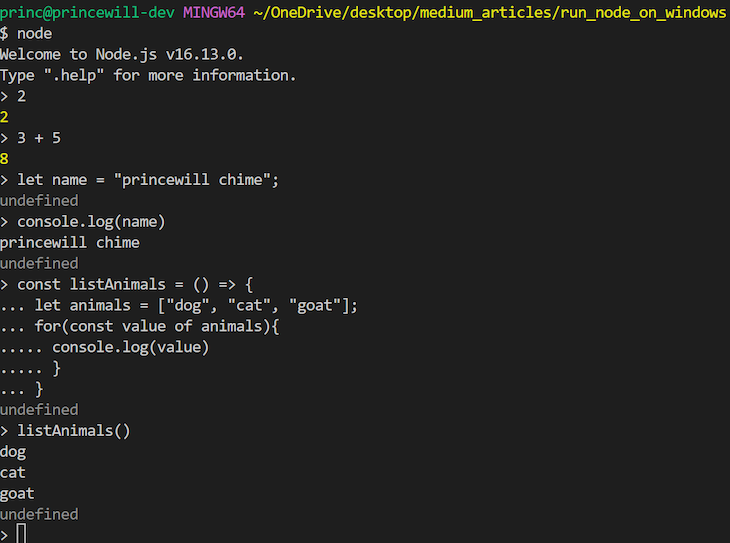 In the code snippet above, I was able to write my normal JavaScript code right from the Node environment, meaning I can calculate numbers, create loops and functions, and read variables directly from the terminal.

N.B., all that is necessary is to write node and hit enter to start up the Node environment on the terminal

To uninstall Node, you just need to specify the Node version to uninstall, as shown here:

To upgrade a package that has been installed using Chocolatey, let’s run the following code snippet:

The code snippet above will search for the NVM package inside the lib location. Once it finds it, it will look for a possible stable release and upgrade to the relevant version.

Retrieve information about a specific package

To get all available information about a package, we can run the following code snippet:

In the response displayed below, you will find pertinent information regarding the package you queried.

In the snippet above, you can see that, in the same way multiple files work with npm, it’s also true of Chocolatey — we simply stack each package after the other.

Chocolatey is a great choice as your package manager for your Windows packages. The flexibility of using packages in your projects just the same way you always have means that devs are not required to learn anything new and the barrier to entry is low as a result, which is great!

Chime Princewill Follow I am a passionate MERN stack engineer currently working with Descasio as a full-stack engineer.
« What is customer effort score (CES) and how to measure it
What is a growth product manager? Role, skills, job description »